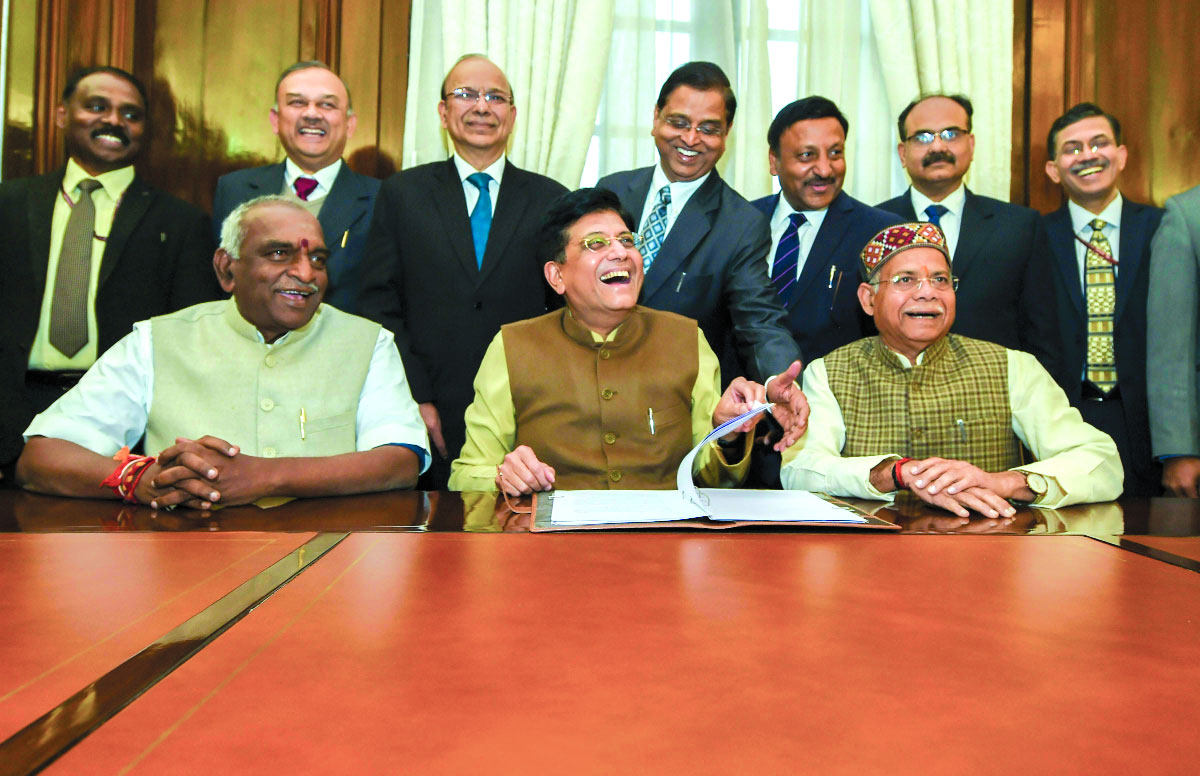 The interim Budget to be presented by the Narendra Modi Government on Friday is likely to announce a big package for farmers. The sops, likely to involve direct benefit transfer or transfer of cash of Rs 12,000 per year (Rs 6,000 each for the winter and summer crops) to small and marginal farmers to ease their burden to carry out farming activities, instead of offering subsidies.

“As per the plan, the Government may combine all farm subsidies, including fertiliser costs, in the DBT. Given that there are 14 crore small and marginal farmer households in the country, the cost of the scheme could be as high as Rs 1.33-Rs 1.44 lakh crore. The proposal is to be open-ended to include all farmers or restricted to small, marginal and medium farmers is to be announced on Friday,” said sources. As per a Nabard survey, only 36 per cent of farmers take loans from institutional sources.

“It is not clear whether the Centre alone will foot the Bill or it expects the States to share the burden,” sources added. The other step being considered is doubling collateral-free loans under Kisan Credit Cards (KCCs) to Rs 2 lakh and changes in the PM crop insurance scheme to enhance coverage and ensure faster settlement of claims and schemes.

Besides, the Government is also likely to announce setting up Commission for Cows in the Budget proposals. The Ministry of Agriculture’s Budget is expected to increase from Rs 47,800 crore (revised Budget estimates) in the 2018-19 to Rs 54585.21 crore in 2019-20. The Government may propose to tweak the guidelines of Prime Minister Fasal Bima Yojna to ensure minimum premium and maximum benefit to farmers.

Sources in the Government said the interest subvention for agricultural credit will be enhanced by 1-2 percentage points from the current 3 per cent for those who repay the loans in time.

Agriculture Budget has increased by two folds over five years to Rs 47,800 crore in 2018-19 under the Modi Government. This figure is three times of the last Budget in 2013-14, presented by United Progressive Alliance (UPA) Government.

Agriculture contributes only 18 per cent of the gross domestic product (GDP) but caters half of the country’s population. Around 69 per cent or 833 million live in rural areas and most of them are poor.

After electoral debacle in three major States — Chhattisgarh, Madhya Pradesh and Rajasthan — in the last year Assembly polls, the Narendra Modi Government has realised that its existing policies have failed to reach the farmers.

The Modi Government, which is seeking a second term, has to win over discontented farmers before the election. They have been hit by falling crop prices and rising input costs, prompting thousands of them to protest in the street to seek debt waivers. At the same time, the Opposition Congress has mounted pressure on the Government to act after it waived farm loans following victories against the BJP in three States last month.