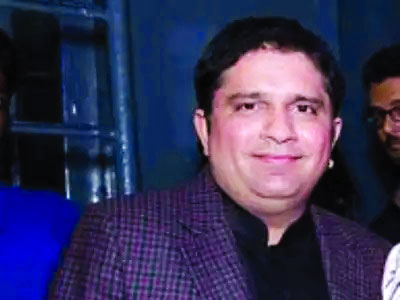 A special NIA court in Ahmedabad on Tuesday awarded life imprisonment to a Mumbai-based businessman and imposed a hefty fine of Rs 5 crore on him for a mid-flight hijack hoax on a Mumbai-Delhi Jet Airways flight carrying 116 passengers on board in October 2017.

This is the first conviction secured under the amended Anti-Hijacking Act that provides for stringent provisions for disrupting any flight.

Businessman Birju  Kishor Salla was accused by the National Investigation Agency (NIA) of creating a mid-flight hijack scare on a Delhi-bound flight from Mumbai by leaving a hijack threat note written in English and Urdu inside the aircraft’s toilet.

The NIA took up the case and the investigation revealed that Salla was having an affair with a Jet Airways employee.

During questioning by the NIA, he confessed to the crime and told investigators that he had done it in the hope that it would force Jet Airways to close its Delhi operation and his girlfriend, who worked in the airline’s Delhi office, would shift to Mumbai, said an NIA official.

The threat note by Salla, which asked the plane to be flown into Pakistan-occupied Kashmir, had triggered a major mid-flight scare and the plane had to be diverted to Ahmedabad where it made an emergency landing. Following this, all the 116 passengers on board were made to disembark at the Ahmedabad airport and screened.

Judge KM Dave ordered the fine amount of Rs 5 crore has to be submitted by the convict and it will be distributed among the crew members and passengers on board the affected plane.

“Out of the total fine amount each pilot will get compensation of Rs 1 lakh, each air-hostess will get Rs 50,000 and each passenger will be paid Rs 25,000 for misery undergone by them,” the NIA said.

During the flight, an airhostess found a threat note in the washroom of the business class of the plane which warned, “There are hijackers on board and explosives on the plane.”

The threat was brought to the notice of the Captain of the flight who sought permission of air traffic controller in Ahmedabad for an emergency landing, the NIA said.

Initially, the case was registered by the Crime Branch, Ahmedabad, and Salla was arrested. Later on, The NIA took up the probe.

The NIA probe established that Salla intentionally committed the act to disrupt the operation of the aircraft (9W339 of Jet Airways on October 30, 2017) while on board and jeopardized the safety of passengers and crew members, added the NIA official.