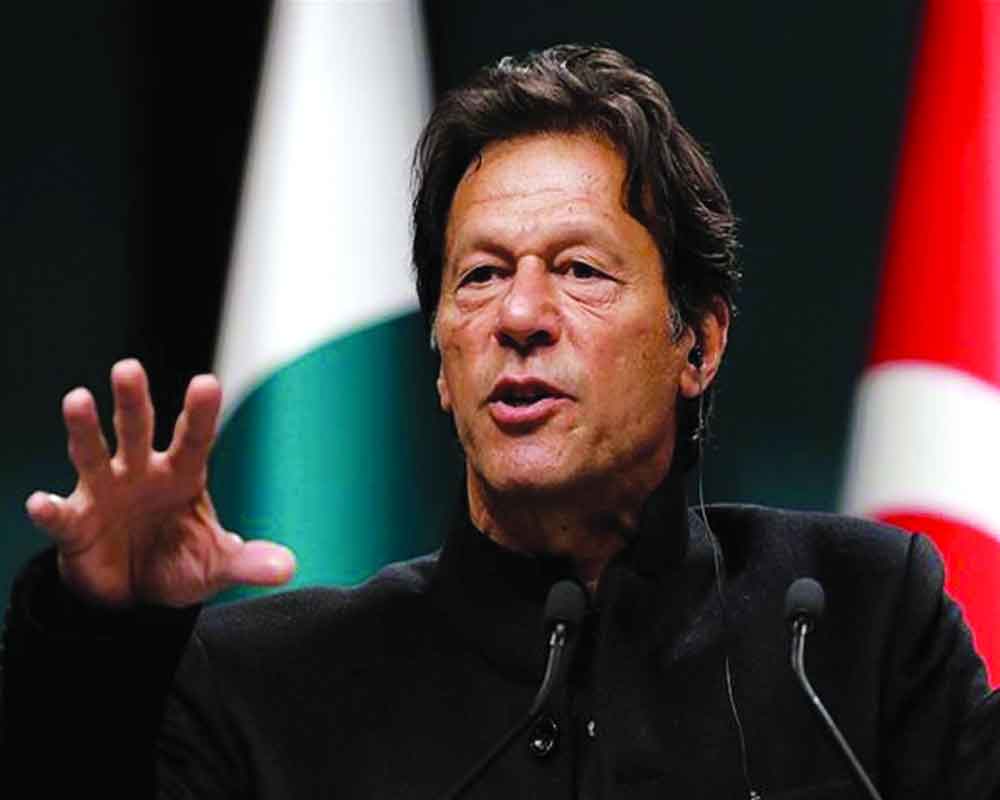 Indian on Tuesday trashed Pakistan Prime Minister  Imran Khan’s offer to probe the Pulwama terror attack and highlighted the fact that Jaish-e-Mohammad (JeM) and its leader Masood Azhar are based in Pakistan, which should be  sufficient proof for Islamabad  to take action against them.

India also said disclaiming Pakistan’s link with terrorist attacks is an oft-repeated excuse by the “nerve centre” of terrorism.

“The Prime Minister of Pakistan has offered to investigate the matter if India provides proof. This is a lame excuse. In the horrific attack in Mumbai on 26/11, proof was provided to Pakistan. Despite this, the case has not progressed for the last more than 10 years. Likewise, on the terror attack on Pathankot airbase, there has been no progress. Promises of ‘guaranteed action’ ring hollow given the track record of Pakistan,” the MEA said in a statement.

India’s seven-point hard hitting response came hours after Khan said he would act against the perpetrators of the Pulwama attack if India shares “actionable intelligence”, but warned against any retaliatory action.

In a video message to the nation, Khan responded to the Indian allegations on Pakistan’s involvement in the attack in Kashmir last Thursday. The suicide attack by Pakistan-based JeM terror group left 44 CRPF personnel dead.

News agency PTI quoted Khan as saying that he understood it was India’s election year and the narrative of blaming Pakistan would make it easier to get votes from the masses but he hoped that better sense will prevail and that India would be open to dialogue. The Pakistan Prime Miniter said Delhi holds Pakistan responsible each time an incident happens in Kashmir and makes Pakistan its “whipping boy” again and again.

“The Kashmir issue like the Afghan issue will be resolved through talks,” he said.

“If you have any actionable intelligence that a Pakistani is involved. Give it to us. I guarantee you we will take action - not because we are under pressure, but because they are acting as enemies of Pakistan,” the Pakistan PM said.

“I have been hearing and seeing on the Indian media that politicians there are calling for revenge from Pakistan. If India thinks it will attack Pakistan, then we will not just think but retaliate.”

“If someone is using Pakistan’s soil (to carry out terror attacks elsewhere), it is enmity with us. It is against our interests,” Khan said while talking about non-state actors.

He said he did not respond to India’s allegations as he was busy with Saudi Crown Prince Mohammed bin Salman’s visit to the country. “India accused Pakistan without any evidence and without thinking  how this (attack) would benefit us,” he added.

In its  statement, the Ministry of External Affairs said India was not surprised that Khan refused to acknowledge the attack on India’s security forces in Pulwama as an act of terrorism, adding his offer to investigate the attack if provided proof is a “lame excuse”.

“Disclaiming any link between the terrorist attack and Pakistan is an oft-repeated excuse by Pakistan. The Pakistani Prime Minister has ignored claims made by the JeM, as well as by the terrorist, who perpetrated this heinous crime,” the MEA said.

“It is a well-known fact that JeM and its leader Masood Azhar are based in Pakistan. These should be sufficient proof for Pakistan to take action,” it said.

Rubbishing Pakistan claim to be the greatest victim of terrorism and claiming this is far from truth, the MEA said, “The international community is well acquainted with the reality that Pakistan is the nerve centre of terrorism.”

The MEA  also came down hard on the Pakistan Prime Minister for his comments linking India’s upcoming general elections to the narrative of blaming Pakistan.

“It is regrettable that the Pakistani Prime Minister has insinuated that India’s response to the terrorist attack is determined by the forthcoming general election,” the MEA said.

Rejecting the “false allegation”, the MEA said India’s democracy was a model for the world which Pakistan would never understand.

“We demand Pakistan to stop misleading the international community and take credible and visible action against the perpetrators of the Pulwama terrorist attack and other terrorists and terror groups operating from areas under their control,” it said.

On Khan’s reference to build a new Pakistan, the MEA said, “In this ‘Naya Pakistan, Ministers of the current Government publicly share platforms with terrorists like Hafeez Saeed who has been proscribed by the United Nations.”

“Pakistan’s Prime Minister, Imran Khan has called for dialogue (with India) and expressed his readiness to talk about terrorism. India has repeatedly stated that it is ready to engage in a comprehensive bilateral dialogue in an atmosphere free from terror and violence,” the MEA said.