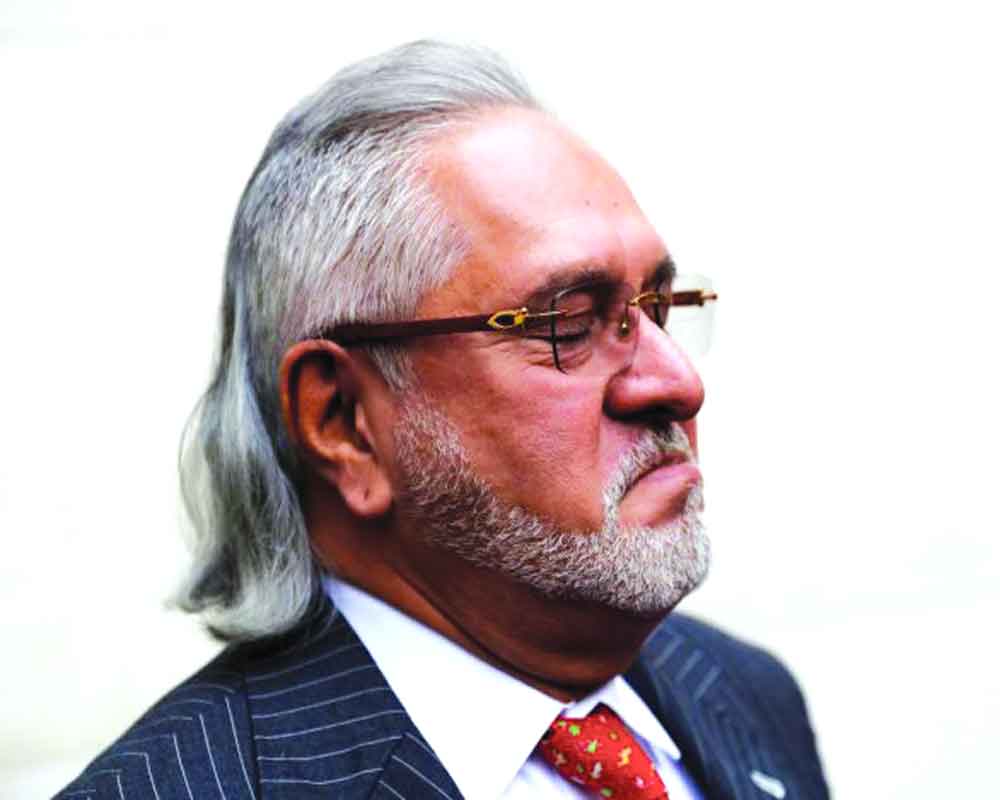 A UK High Court has rejected Vijay Mallya’s application to appeal against his extradition, a move that brings India closer in getting back the embattled liquor tycoon wanted in alleged fraud and money laundering charges amounting to Rs 9,000 crores.

The 63-year-old former Kingfisher Airlines boss had filed the application seeking “leave to appeal” in the HC on February 14 against his extradition order, which was signed by UK Home Secretary Sajid Javid.

“The application for permission to appeal was refused by Mr Justice William Davis on 05/04/2019,” said a spokesperson for the UK Judiciary.

“The appellant (Mallya) has five business days to apply for oral consideration. If a renewal application is made, it will be listed before a High Court judge and dealt with at a hearing,” the spokesperson added.

“If he (Mallya) does so (applies for renewal), there will be an oral hearing at which the Administrative Court (High Court) will consider whether or not to grant permission to appeal,” a CPS spokesperson said.

During the oral hearing, Mallya’s legal team and the Crown Prosecution Service (CPS) — on behalf of the Indian Government — will renew their respective claims for and against an appeal for a judge to determine if it can proceed to a full hearing.

While the rejection by the HC on Friday doesn’t mean that the appeal process in the case has come to an end, the latest decision does move the case one step further in favour of India in bringing back Mallya, who fled India in 2016.

The latest ruling marks a fresh legal setback for Mallya who last week offered to curtail his “lavish” lifestyle after a bid by the banks to recoup some of the 1.145 billion pounds he owed as a result of the now-defunct Kingfisher Airlines’ unpaid loans.

Mallya is required by the UK court order to live within an “ordinary living expenses allowance” of a maximum of 18,325.31 pounds a week, which he offered to cut down to around 29,500 pounds a month during a separate court hearing last week.

However, a consortium of 13 Indian banks led by State Bank of India (SBI) did not agree to his offer as they seek access to nearly 260,000 pounds in an ICICI Bank current account in his name in London. The judge in that case, Master David Cook, has reserved his judgment on an interim court order and is expected to pronounce his final ruling in the coming weeks.

“Dr Mallya continues to do all he can to support a court process in India, which should see creditors paid off in full,” said Jonathan Isaacs, partner at DWF Law LLP – the firm representing Mallya in the case against the Indian banks related to a worldwide freezing order.

Mallya has been based in the UK since March 2016 and remains on bail on an extradition warrant executed by Scotland Yard in April 2017.

At the end of a year-long extradition trial at Westminster Magistrates’ Court in London last December, Judge Emma Arbuthnot had ruled that the “flashy” billionaire had a “case to answer” in the Indian courts.

The judge found there was “clear evidence of dispersal and misapplication of the loan funds” and accepted a prima facie case of fraud and a conspiracy to launder money against Mallya, as presented by the CPS on behalf of the Indian authorities.

The court had also dismissed any bars to extradition on the grounds of the prison conditions under which the businessman would be held, as the judge accepted the Indian government’s assurances that he would receive all necessary medical care at Barrack 12 in Mumbai’s Arthur Road Jail.

Incidentally, the jail was back in reference in the UK courts in another high-profile extradition case recently as the likely holding cell for fugitive diamantaire Nirav Modi, whose case is also being presided over by Judge Arbuthnot at Westminster Magistrates’ Court.

India and the UK have an Extradition Treaty signed in 1992 and in force since November 1993. So far only one successful extradition has taken place from the UK to India under the treaty - that of Samirbhai Vinubhai Patel, who was sent back to India in 2016 to face trial in connection with his involvement in the post-Godhra riots of 2002.