Modi to take office on May 30

Modi to take office on May 30 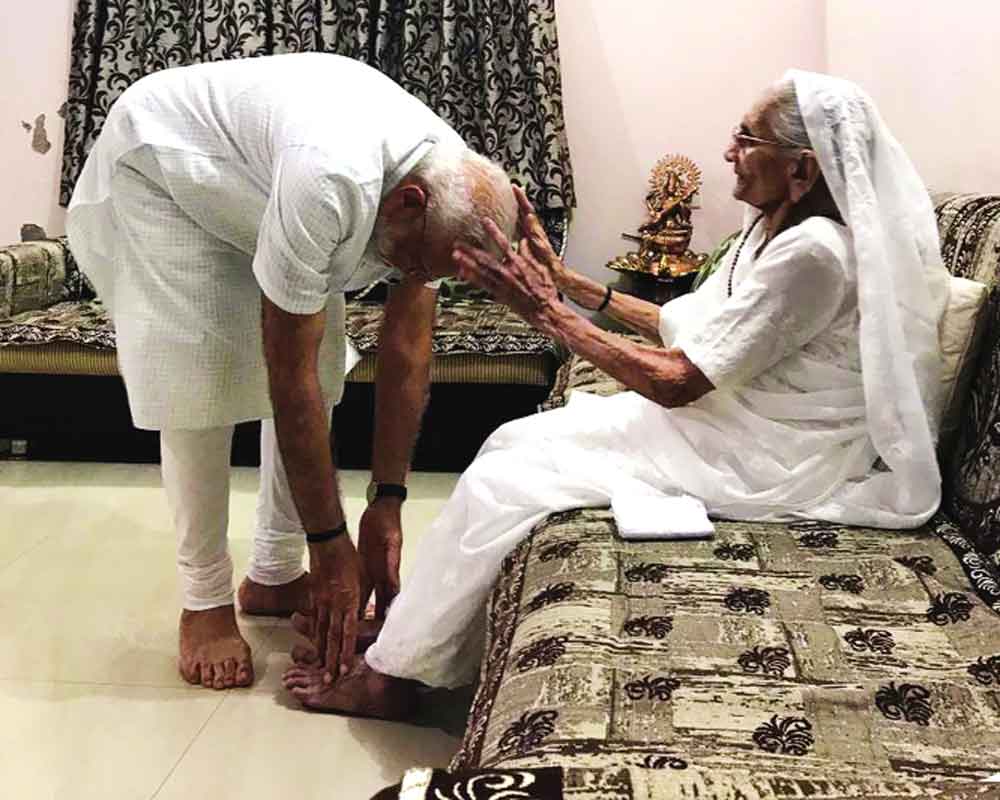 Prime Minister Narendra Modi will take oath of office for his second term on May 30, the Rashtrapati Bhavan said here on Sunday.

“The President (Ram Nath Kovind) will administer the oath of office and secrecy to the Prime Minister and other members of Union Council of Ministers on May 30 at 7 pm at Rashtrapati Bhavan,” the communiqué issued by President’s Press Secretary Ashok Malik said.

Earlier on Saturday, a delegation of the NDA led by BJP president Amit Shah, along with Prakash Singh Badal, Rajnath Singh, Nitish Kumar, Ram Vilas Paswan, Sushma Swaraj, Uddhav Thakeray, Nitin Gadkari, K Palaniswami, Conrad Sangma and Neiphiu Rio, called on the President and handed over a letter to him stating Modi has been elected the leader of the BJP Parliamentary Party. Letters of support from NDA constituents were also handed over to the President.

Sources said the first session of the 17th Parliament will begin on June 6 and continue till June 15. A day after the Parliament session begins, Modi is expected to travel to the Maldives in his first bilateral visit as PM, according to diplomatic sources and Maldivian media reports.

Bhutan was the first country Modi had visited in 2014 after becoming Prime Minister.

News agency PTI quoted diplomatic sources saying the Prime Minister is expected to travel to Male in the first half of June, while the Maldivian media reported the visit will take place on June 7-8.

External Affairs Minister Sushma Swaraj visited the Maldives in March, the first full-fledged bilateral trip from India to the island nation after the Government of President Ibrahim Mohamed Solih came to power in November 2018.

Modi attend Solih’s swearing-in ceremony in November, signalling the importance India attaches to the island nation, where China has been trying to expand its influence. Last week, Solih congratulated Modi for his “resounding victory”.

Modi will visit Varanasi on Monday to thank the people for “reposing faith” in him and offer prayers at Kashi Vishwanath temple.

After reaching Varanasi, Modi will travel by road from the police lines to Bansphatak, with his cavalcade passing through various parts of the city.

He will pay obeisance at the Kashi Vishwanath temple on Monday morning and later address a gathering of workers of his Bharatiya Janata Party (BJP), party sources said.

District Magistrate Surendra Singh said heavy security has been put in place for the PM’s visit. Singh, along with Senior Superintendent of Police Anand Kulkarni, reviewed the security arrangements for Modi’s visit. A large number of security, paramilitary and Special Protection Group personnel have been deployed in places where Modi will be visiting.