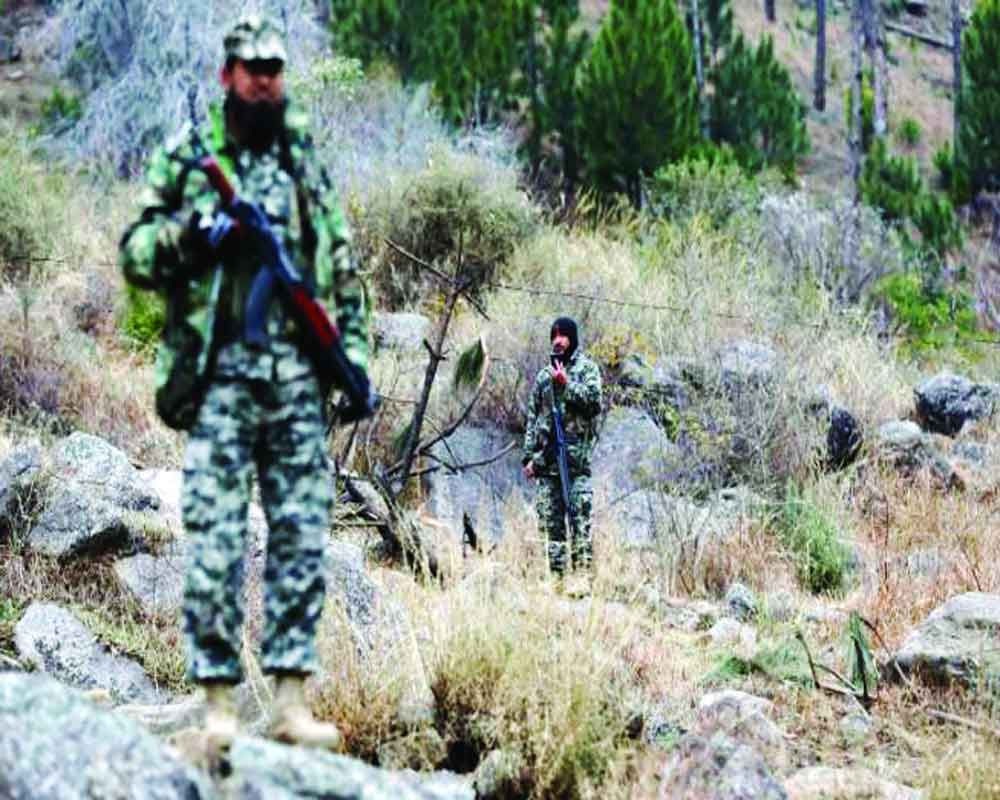 Nearly a month after India's air strikes on terror camps in Balakot, the Pakistan Army for the first time conducted a media tour to Balakot in an apparent attempt to refute the news of the strikes that caused substantial damage and casualties to Jaish-e-Mohammad (JeM). The nearly five-hour tour on Thursday saw a team of eight Pakistani journalists shooting videos of the site, which was partially covered by tarpaulin sheets.

Sources said the visit was delayed for nearly a month in an attempt to change the narrative about damage and casualties by repairing the infrastructure there as a cover-up.

The team was flown in a special military helicopter. The media persons interacted with nearly 300 children staying in a madrasa run by JeM there.  The group had claimed responsibility for carrying out a suicide attack in Pulwama in Kashmir on February 14 killing 40 CRPF personnel.

Sources said here on Friday the site was heavily guarded by the troops of Frontier Corps, a paramilitary unit of Pakistan.

The Balakot camp is located at the tri-junction of Pakistan Punjab, Balochistan and North-West Frontier Province (NWFP).

The IAF carried out air strikes reportedly destroying the JeM’s biggest training camp in Balakot on February 26 and Pakistan retaliated the next day by intruding into India in Rajouri sector in an attempt to target military installations there. An aerial combat ensued wherein Wing Commander Abhinandan Varthaman flying a MIG-21 shot down F-16 jet of Pakistan Air Force. However, his jet was also shot down by Pakistan air defence and he ejected in POK. Abhinandan was captured by Pakistan and released two days later as a “peace gesture”.

While India maintained that substantial damage was caused to the JeM camp there, Pakistan denied all along and also said there were no terror camps at 22 sites pointed out by India.  A political slugfest is now on in India with the Opposition demanding credible evidence about the strikes while the Modi Government has criticised the Opposition for questioning the credibility of the armed forces.

The official statement issued by the External Affairs Ministry on February 26 said, "In an intelligence led operation in the early hours today, India struck the biggest training camp of Jaish-e-Mohammed in Balakot. In this operation, a very large number of JeM terrorists, trainers, senior commander and jihadis were eliminated."