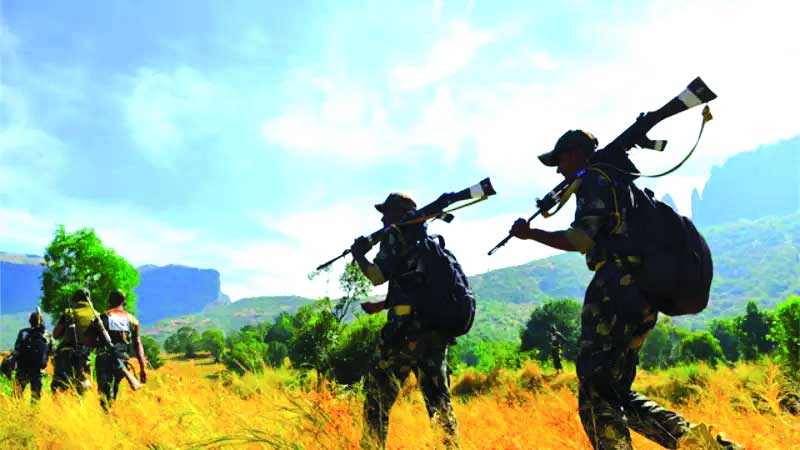 In the last nine years, more than one civilian was killed daily on an average in Naxal violence in 10 States with expectedly the maximum number of casualties reported from Chhattisgarh and Jharkhand. This, even as the Left-wing extremism (LWE) declined by 26.5 per cent in 2018 and the casualty of security personnel registered a 10.70 per cent fall.

The MHA said the CPI(Maoist) continues to be the most potent among various Naxal outfits in the country and is responsible for more than 88 per cent of the total violent incidents and resultant deaths. The 10 Naxal-hit States are Chhattisgarh, Jharkhand, Bihar, Odisha, West Bengal, Maharashtra, Telangana, Andhra Pradesh, Madhya Pradesh, and Uttar Pradesh.

“Amid increasing reverses, the CPI (Maoist) has been making efforts to expand to new areas along the inter-State borders without any significant success,” the report said.

“Resolute implementation of the national policy and action plan by the Government has resulted in significant improvement in the LWE scenario across the country. Last five years have seen a significant decline in LWE incidents as well as the geographical spread of LWE,” the report, made available on Friday, said.

“At the same time, the development outreach by the Government of India has seen an increasingly large number of LWE cadres shunning the path of violence and returning to the mainstream,” the report said.

Andhra Pradesh, Madhya Pradesh and Telangana together reported less than 4 per cent incidents, indicating at the negligible presence and influence of the ultras there.

The arc of violence has been considerably restricted with just 30 districts accounting 89 per cent of the total LWE violent incidents and resultant deaths. “With the Maoists forced to remain on the back-foot in most of the States, it is time to consolidate the gains in order to end this menace once and for all,” the annual report said