No work culture is AAP’s model for Delhi: Modi

No work culture is AAP’s model for Delhi: Modi 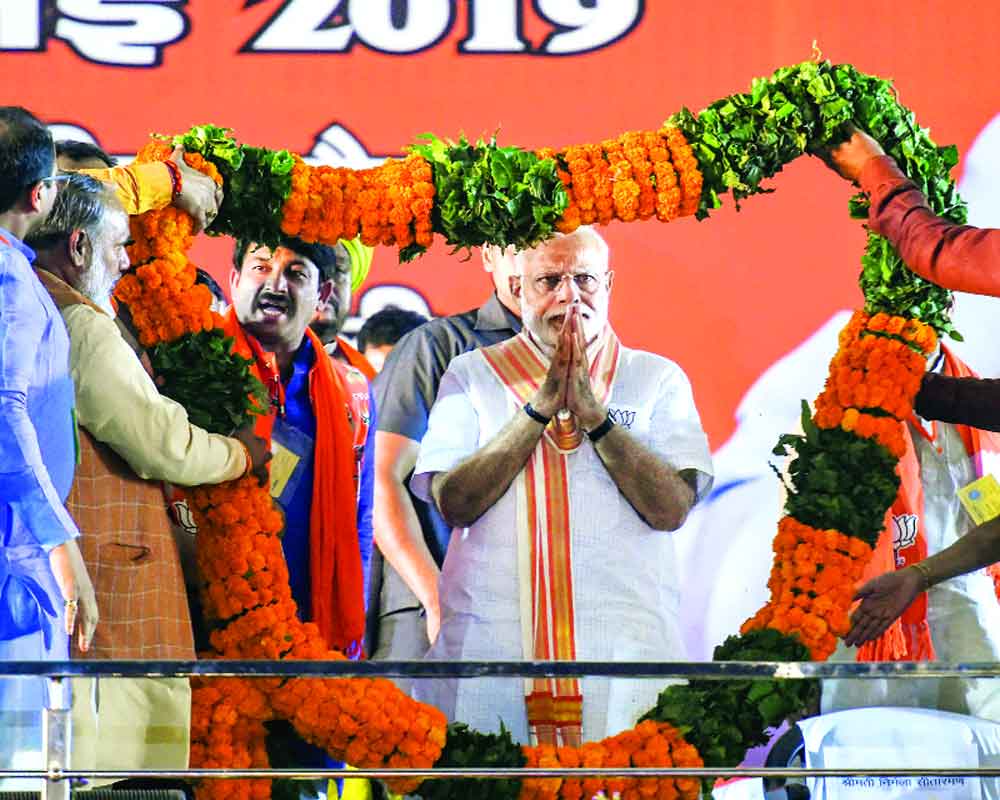 In an apparent attack on the AAP, Prime Minister Narendra Modi on Wednesday said they supported the “tukde-tukde” gang and brought the “nakampanthi” model of governance to the national Capital.

“Till now, we have witnessed four models of political traditions in the country ‘Nampanthi, Daampanthi, Vaampanthi, Vikaspanthi’. But only in Delhi, there is a fifth model called Nakampanthi. This means the one who rejects work related to Delhi’s development and fail when they try to work. People of Delhi have been fooled by a bunch of ‘nakampanthis’ who had come on the promise of bringing new kind of politics but they have become synonymous with anarchy and obstructionism. Foul language and taking U-turns have become their identity. It means “not allowing Centre’s Ayushmaan Bharat in Delhi hospitals,” said Modi while addressing his first 2019 poll rally in Delhi at the Ramlila Maidan without naming the AAP.

The PM was accompanied by the BJP’s seven Lok Sabha candidates for the national Capital. “We have focused on making the lives of the middle class in Delhi easier. Be it ensuring easier & cheaper housing, cheaper bills for mobile phones & medicines or exempting the income up to Rs 5 lakh per year from tax net, they have been at the core of our governance,” Modi said while addressing the mammoth crowd.

He said the BJP has reduced pollution and traffic jam in Delhi by building eastern and western peripherals. Enumerating steps taken out to reduce level of pollution in the national Capital, the PM said, “After the construction of the eastern and western peripheral, the trucks reach their destination without taking the road from within Delhi, thus reducing pollution and traffic jam. Inflation was always an important poll issue, but now Opposition is not able to corner Government on this.”

Training his guns on the Congress, Modi said, “I want to tell the people of our country about those who actually treated our Armed forces as their personal property. Former PM Rajiv Gandhi took his in-laws and their family members from Italy to a personal holiday on Naval warship INS Vikrant.”

“They gave strength to those who are against Punjab and supports Khalistan. They even went abroad and contacted the anti-national forces,” he said.

Thanking the people of the city, Modi said, “I am fortunate that you provided me with the opportunity to serve you. Before I give you an account of my work, I would like to extend my gratitude to every person in Delhi.”

“In the past five years, I have criss-crossed the city several times. My security contingent was always with me and I saw people waiting for me to pass. Each time I used to think about how people are running late because of me. This is not my habit and was never my intention,” he said amidst thunderous applause of the people.