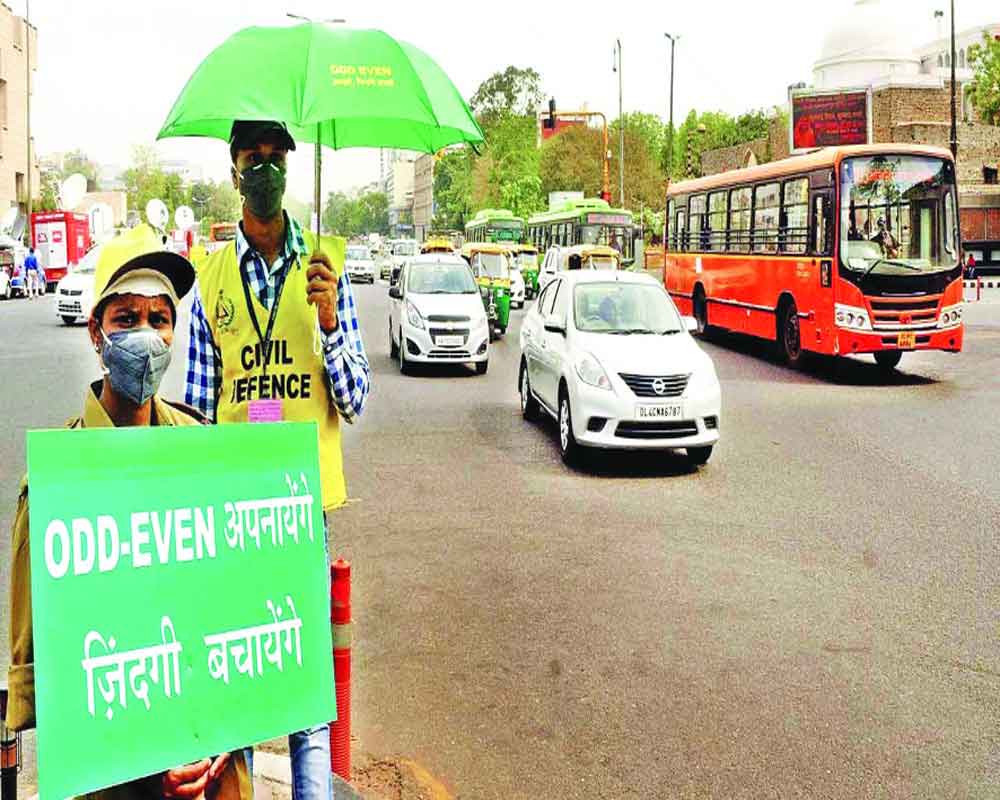 After women commuters, two-wheelers have been exempted from the odd-even scheme which will be rolled out from November 4 to 15, Transport Department officials said on Tuesday, adding that the penalty for the scheme violation has been hiked from Rs 2,000 to Rs 4,000.

Unlike last year, the private CNG vehicles will not be exempted from the car rationing scheme this year.

“The Delhi Government will engage 2,000 private buses during the odd-even period to bear the the additional load at Rs 50 per kilometre. We have also met with Uber and are going to meet other cab operators and strictly warned them for not indulging in indiscriminate surge pricing. Uber has committed to us that they will not permit more than 1.5 times the regular fare during the period,” Transport Minister Gahlot said.

Besides, the Government will deploy civil defense employees to make commuters aware about the scheme.

Earlier, on Saturday, the AAP Government had exempted women from the odd-even scheme.

“Keeping the security of women in mind, we have decided to exempt women from odd-even scheme. All women driving cars or and those with women drivers carrying children below the age of 12 will be exempted,” Delhi Chief Minister Arvind Kejriwal had said earlier.