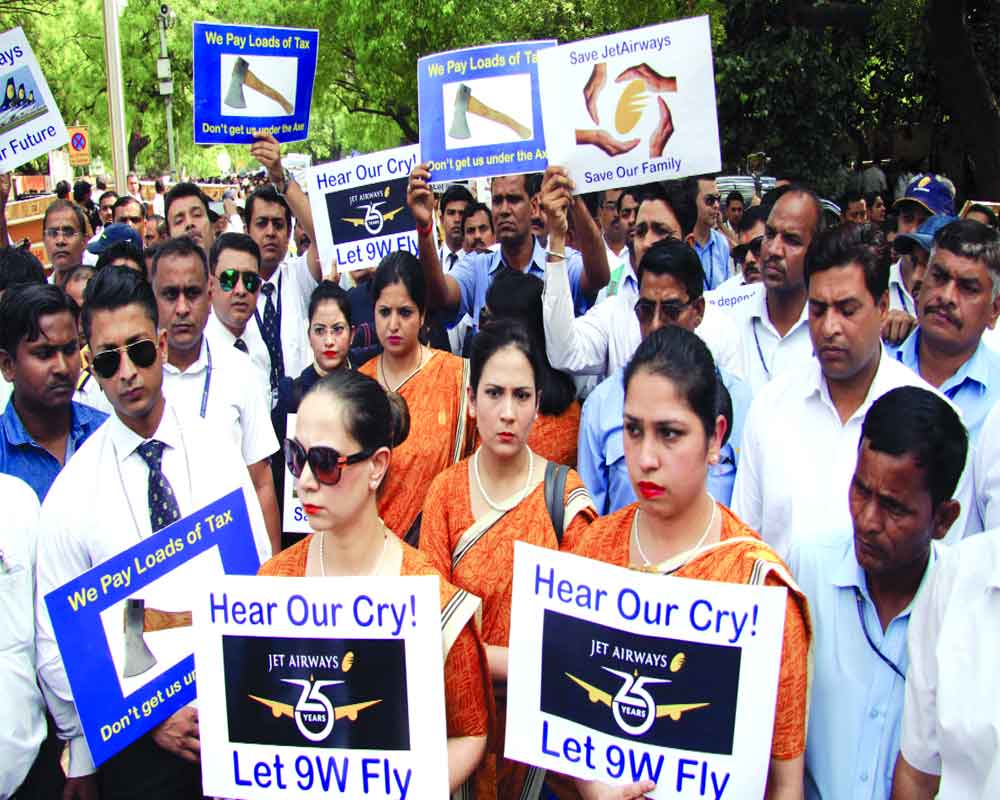 With lenders deciding not to extend any emergency funds, Jet Airways on Wednesday announced temporary suspension of operations. In a statement early on Thursday, Jet Airways’ lenders said they were reasonably hopeful of a successful bidding process for stake sale.

Meanwhile the officers and employees union of the grounded Jet Airways on Thursday sought Government intervention to avert a Kingfisher-like collapse of the carrier, which could not take off after halting operations temporarily in October 2012.

Alleging some “motives” behind the series of developments at the carrier, which eventually forced it to shutter services temporarily from Wednesday night, Jet Airways Officers & Staff Association president Kiran Pawaskar also demanded a probe, preferably by the national investigation agency CBI.

“The situation is very bad for employees. As many as 16,000 permanent employees don’t have work today. I told the management that efforts should be made to resume operations as early as possible,” Pawaskar, who is also an NCP lawmaker, said asking why the airline did not clear employees dues before suspending

The bank consortium had rejected the airline’s appeal for Rs 983 crore lifeline, of which Rs 240 alone were to be used to disburse the pending salaries, Pawaskar added.

Some loaders of the airline have pledged ornaments of their wives, some engineers have sold vehicles and many have defaulted on their monthly payments. They are among the 22,000-odd employees of the now wingless Jet Airways.

As hundreds of employees, highly-skilled as well as semi-skilled, assembled for a “silent appeal” in the national capital on Thursday afternoon, hope was in the air despite an uncertain tomorrow.

From being clueless on how to find money for their children’s school and college fees, to paying rent for their accommodations, staff are looking for answers and for most, the answers lie in immediate funding from lenders.