Passport must for Kartarpur: MEA

Passport must for Kartarpur: MEA 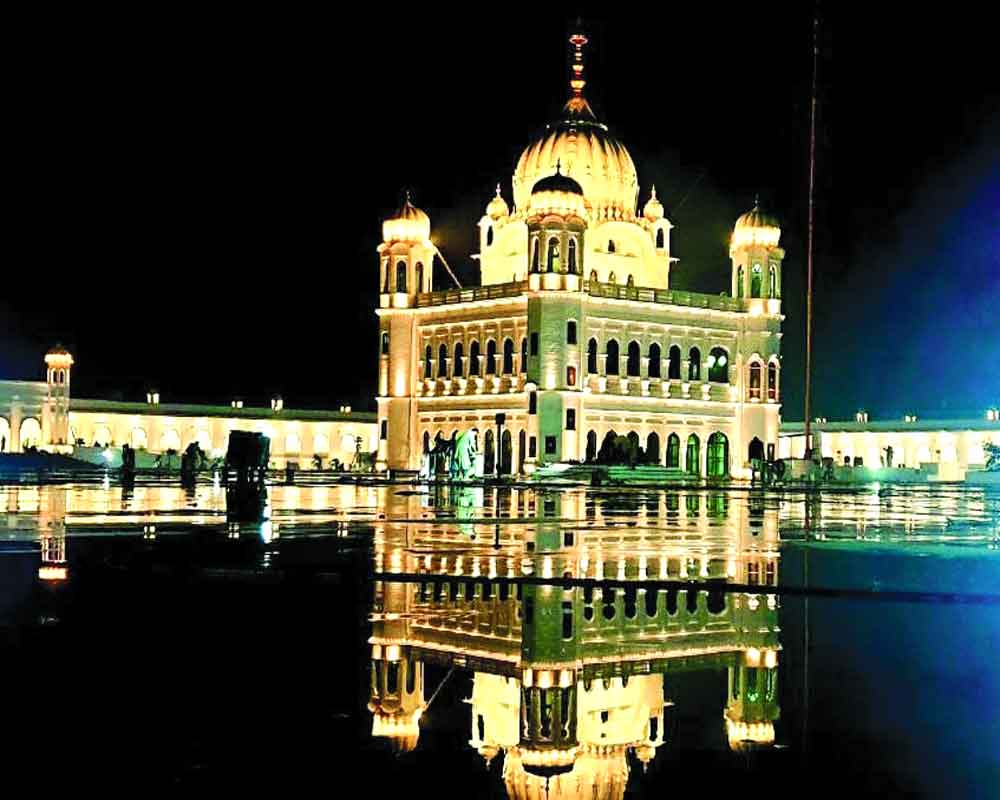 Indian pilgrims visiting Kartarpur Sahib will have to carry their passports even as Pakistan is yet to confirm the list of inaugural jatha to visit the holy site on Saturday.

After the Pakistan Army overturned Prime Minister Imran Khan’s decision that the Indian pilgrims will not need passport and said it is compulsory, the Ministry of External Affairs in New Delhi said on Thursday that as per the bilateral agreement the devotees will need to carry their passports.

Making this assertion here, External Affairs Ministry Spokesperson Raveesh Kumar said conflicting reports are coming from Pakistan on whether Indian pilgrims will require passports to visit the shrine through the Kartarpur corridor.

Kumar said an agreement was signed between the two countries finalising the modalities for visits by Indian pilgrims and India will stick to it.

“As of now we are aware that there is a bilateral document which has been signed between India and Pakistan which very clearly specifies the documents which are require to undertake the visit. Any amendment to the existing MoU can’t be done unilaterally. It requires consent of both parties,” he said.

The corridor will be inaugurated on Saturday and scores of Indian VIPs, including former Prime Minister Manmohan Singh, Punjab Chief Minister Captain Amarinder Singh, Union Ministers Harsimrat Kaur Badal and Hardeep Puri besides 150 parliamentarians, will pass through the corridor.

Earlier, the Pakistan Army has said Indian Sikh pilgrims visiting the Kartarpur Sahib will need passports to use the Kartarpur Corridor, according to a media report on Thursday, days after Prime Minister Imran Khan announced that Indian devotees would only need a valid ID to visit the revered Gurdwara Darbar Sahib.

The comments by Pakistan Army spokesman Maj Gen Asif Ghafoor came a day after India asked Pakistan to clarify whether passports will be required by the Sikh pilgrims to visit the Gurdwara in Kartarpur.

“As we have a security link, the entry would be a legal one under a permit on a passport-based identity. There will be no compromise on security or sovereignty,” Ghafoor said.

On November 1, Prime Minister Khan, while announcing the completion of Kartarpur Corridor on Twitter, said he had waived two requirements relating to passport and registering 10 days in advance for Indian Sikhs coming for pilgrimage to Kartarpur.

He said that Sikh pilgrims from India would only need a valid ID and not a passport to travel to Kartarpur. The service fee of USD 20 for those coming for the inaugural ceremony and on the 550th birth anniversary of the Sikh Guru on November 12 has been waived.

The year 2019 marks the 550th birth anniversary year of Sikhism founder Guru Nanak Dev, whose birthplace is Sri Nankana Sahib in Pakistan. The corridor has been established to commemorate his birth anniversary.

The Kartarpur Corridor will connect the Dera Baba Nanak shrine in India’s Punjab with Darbar Sahib at Kartarpur, just 4 kilometres from the International Border, located at Narowal district of Pakistan’s Punjab province.

However, the passport waiver for Kartarpur pilgrims would extend up to one year as a special gesture on the 550th birth anniversary of Guru Nanak Dev, Pakistan Foreign Office spokesperson Mohammad Faisal was quoted as saying by Geo TV.

“Conflicting reports are coming from Pakistan. Sometimes they say passport is needed and sometimes they say it is not required. As of now, there is a bilateral agreement which specified required documents,” Kumar said. He also said amendments cannot be made unilaterally.

Kumar also said Pakistan is yet to confirm the list of Indian dignitaries who will attend the Kartarpur opening ceremony on the Pakistani side. “We are presuming that all names we have shared with Pakistani side for inaugural jatha have been cleared,” he said, adding Pakistan was supposed to confirm the final list of the inaugural jatha four days prior to the visit. The spokesperson also asked Pakistan to ensure adequate security to Indian dignitaries attending the event.

Speaking on the conflicting reports coming from Pakistan regarding the documents required to undertake the visit, Kumar said that pilgrims must go by the requirements contained in the Memorandum of Understanding signed between the two countries until it is revised.

Incidentally, Pakistan has also not allowed Indian advance security and protocol team to visit the site as this is a normal practice and well-known procedure before VVIP visits. Pakistan has also not shared minute details of the programme and is not following the Kartarpur agreement spirit.