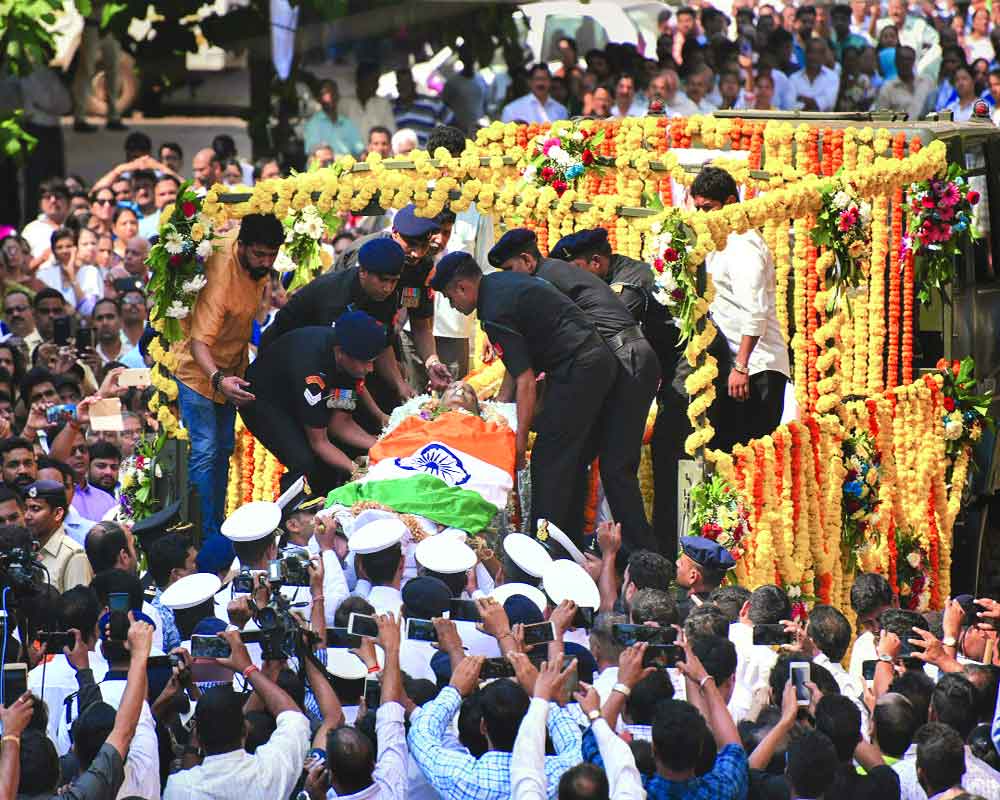 BJP MLA Pramod Sawant was on Monday named as the new Goa Chief Minister after party bigwigs, including president Amit Shah and Union Transport Minister Nitin Gadkari, could bring about a consensus on his name by making the other claimants  to the post from the alliance partners agreeable to his candidature, according to sources.

Sawant was the Speaker of the Goa Assembly.

Sawant will be assisted by two Deputy Chief Ministers — Goa Forward Party (GFP)chief Vijai Sardesai and Maharashtrawadi Gomantak Party (MGP) MLA Sudin Dhavalikar. Interestingly, the two who have now been “accommodated” had earlier staked their  claim to the top post in the State.

There was no Deputy CM post in place when Parrikar was CM. But since the MGP and the GFP both have 3 MLAs each they hold the key to any Government formation.

“We have managed to convince the alliance partners and finalised the formula of two Deputy Chief Ministers for the State,” a senior BJP functionary said. Parrikar was heading a coalition Government comprising the BJP, three MLAs each of the GFP, the MGP and three Independents.

Shah said it will be hard to fill the void left by Manohar Parrikar even as reports suggested that two MGP MLAs could switch over to the BJP to increase its number in the Assembly from 12 to 14.

Sawant has been a prominent presence in Goa’s political scene since Parrikar’s illness was announced in October 2018. In February, the BJP leader had updated the public about the State of Parrikar’s health, after the CM was admitted to AIIMS in Delhi.

Sawant represents the Sanquelim constituency and is an Ayurveda practitioner by profession. He was close to Parrikar, who was understood to have groomed him as a politician. The Congress is currently the single largest party in the State with 14 MLAs. The BJP has 12 legislators in the 40-member Assembly, whose strength now is 36 after Parrikar’s death.

The strength of the House has reduced due to demise of BJP MLA Francis D’Souza earlier this year, and Parrikar on Sunday, and resignations of two Congress MLAs Subhash Shirodkar and Dayanand Sopte last year. The NCP has one MLA in the Assembly.

Earlier, even as Parrikar’s  funeral procession was on, the Congress yet again staked an abortive claim to form a Government in the coastal State.

The MLAs, led by Leader of the Opposition Chandrakant Kavlekar, went to Raj Bhawan and handed over a letter to Governor Mridula Sinha, saying it was the single largest party in the Assembly and should be allowed to form the government. They said unlike two years ago when they were “denied”  the opportunity  , the Governor must offer  them  a chance  to  form the Government in the state.

For his part, Gadkari, who had landed in Goa midnight,  led the BJP charge to ensure the party continues to rule the coastal State. But, expectedly, the BJP’s allies upped the ante with Dhavalikar and Sardesai staking claim to the top post.

Besides Sawant, BJP’s Vishwajit Rane’s name too did the rounds initially.

As different claimants refused a clarity to the scene,  Shah took charge of the situation and held  discussions with the alliance  partners.

The BJP president met alliance partners - the GFP, MGP and Independents at a star hotel at Dona Paula near Panaji and  was able to convince them on Sawant’s candidature for the Chief Ministerial post,” sources said. The BJP chief also attended the funeral of Parrikar at the Miramar beach. Gadkari, who was  coordinating for the BJP, also  continued to hold parleys with alliance partners.

Parrikar, 63, was heading a coalition Government comprising the BJP, the  GFP, the MGP and Independents.

“During a meeting with Gadkari, Dhavalikar expressed his willingness to become the Chief Minister of Goa. He said he has sacrificed many times by supporting the BJP, and now, he has put in his demand, but the BJP will not agree to that, “Michael Lobo, BJP MLA and Deputy Speaker of the Goa Assembly, told reporters.