Priyanka to take on Modi?

Priyanka to take on Modi? 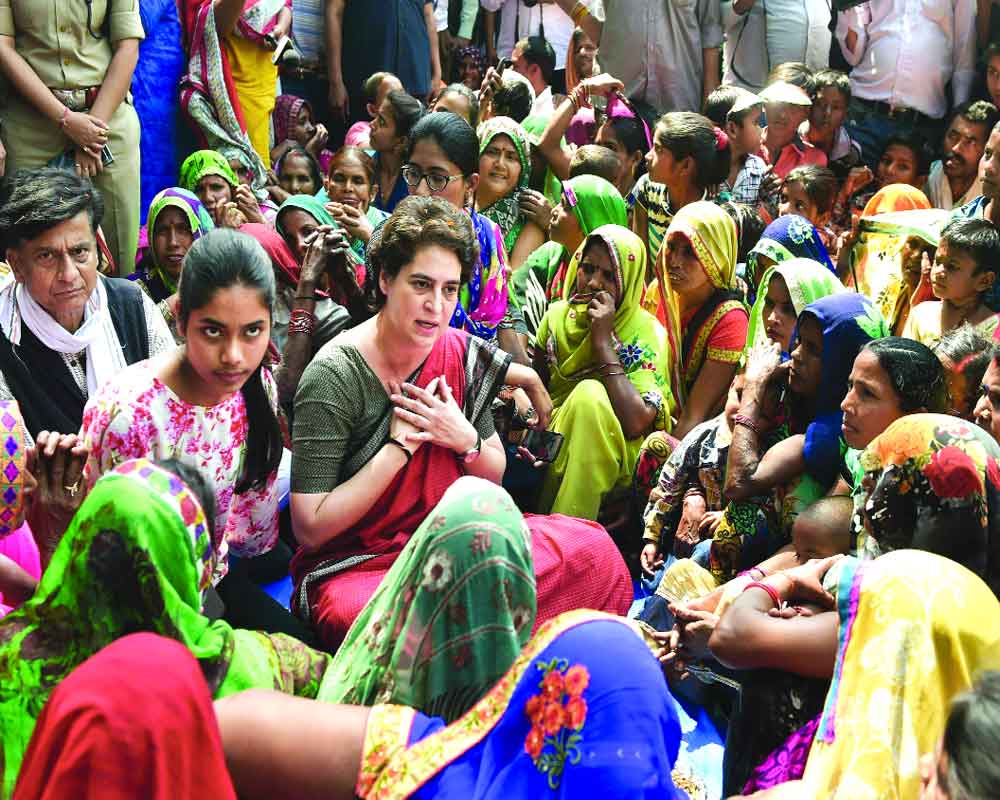 Amid hectic political engagements in Uttar Pradesh, Congress general secretary Priyanka Gandhi on Friday fuelled speculation about the possibility of her contesting Lok Sabha polls from Varanasi from where Prime Minister Narendra Modi is seeking re-election.

While addressing a gathering in Ayodhya, Priyanka made a scathing attack on Modi accusing him of neglecting his Varanasi constituency and highlighted the lack of development work done there during the last five years.

Priyanka told the media, “If the party asks me, I will fight from anywhere.”

When a party worker asked her to contest from Rae Bareli, she said, “Shouldn’t I fight from Varanasi?”

The Congress incharge of eastern UP has asked party workers to inform the people about the alleged unfulfilled promises of the Modi Government, particularly the problems in Varanasi.

While Congress sources too indicated that this could be a surprise last minute decision, party president Rahul Gandhi provided grist to the mill by  telling news agency PTI in an interview that it was up to Priyanka to decide if she wants to contest election or not.

Referring to her recent visit to Varanasi, Priyanka said she was told about the road from the airport to the city when she asked about “development” in the area. She claimed only 15 km of a 150-km road sanctioned by the previous Congress Government has been built there, and when people drive away from the airport it is full of potholes.

Claiming Modi did not care about Varanasi, she said, “I was told that in the past five years he has not visited even a single village in his constituency though he has been travelling all over the country and abroad.”

Priyanka visited the Hanuman Garhi temple in Ayodhya, but kept away from the Ram Janmabhoomi-Babri Masjid site.

She said, “The Government’s focus is only on helping the rich, making the rich, richer. They have money for the businessmen, but not for the poor.”

Claiming that Modi retained the MGNREGA scheme on coming to power despite criticising it, Priyanka said, “But funds are not being given to the scheme for six months. They are giving the money to contractors... They want to close the scheme.”

Priyanaka accused the Modi Government of trying to destroy democracy and constitutional institutions. “I have seen the truth in the leaking roofs of the weavers’ houses, in the eyes of the farmer who said that only the rich have a chowkidar (watchman),” she said in an indirect reference to Modi’s “I am a chowkidar too’ campaign.