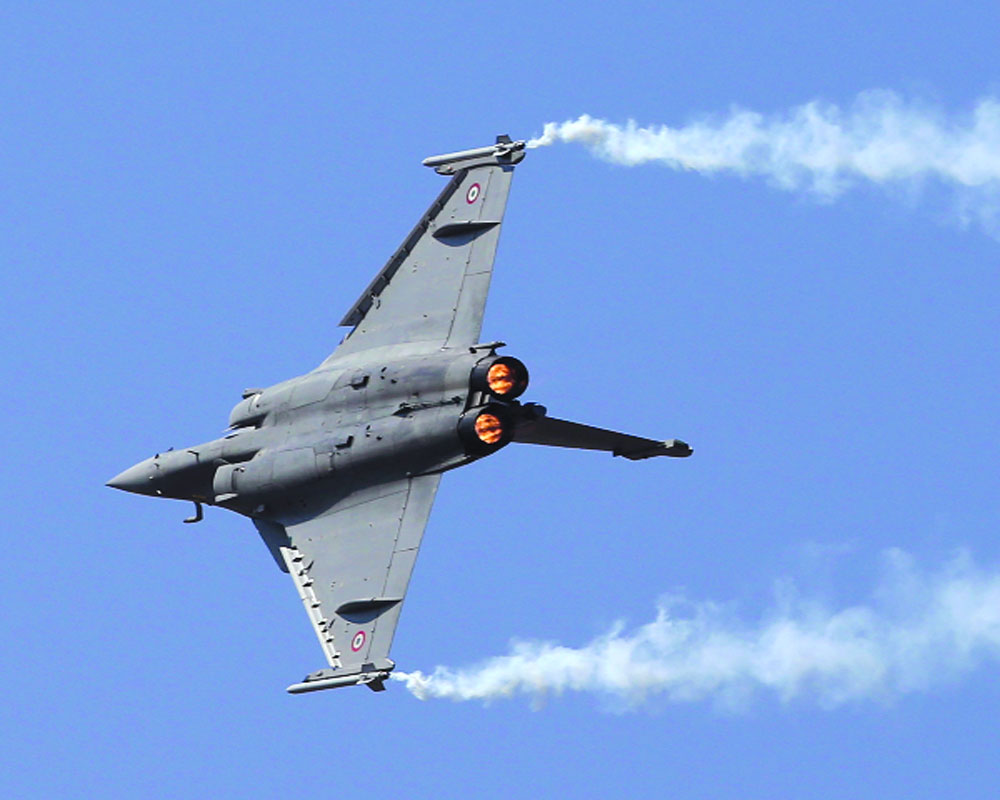 In a big twist during the hearing of the Rafale review petition in the Supreme Court, the Government on Wednesday alleged that documents related to the fighter jet deal was stolen from the Defence Ministry and threatened to prosecute The Hindu newspaper under the Official Secrets Act (OSA) for publishing articles based on them. However, the court said if an act of corruption has been committed in the Rafale deal, then Government cannot take shelter behind the OSA.

Those who put documents on the Rafale deal in the public domain are guilty under the Act as also contempt of court, Attorney General KK Venugopal said before a three-judge Bench headed by Chief Justice Ranjan Gogoi. However, the AG did not answer to the questions of the judges, why no action was initiated and he said that he will get back to Government and inform the status to the court on the next date of hearing on March 14.

Unruffled by the Centre's stand, the writer and Hindu publishing group chairman N Ram said nobody would get any information from the newspaper on the confidential sources who provided the documents.

While publishing articles based on stolen documents amounts to violation of the Official Secrets Act, entailing maximum punishment of up to 14 years, the contempt law attracts six months jail as also a fine of `2,000. An investigation into the theft is on, the AG said on a day the newspaper published another article on the fighter jet deal.

The Bench, also including Justices SK Kaul and KM Joseph, was hearing a batch of petitions seeking a review of its December 14 verdict dismissing all the pleas against the deal.

Former Union Ministers Yashwant Sinha, Arun Shourie, and advocate Prashant Bhushan, who had jointly filed the petition, alleged the Centre suppressed crucial facts when the SC decided to dismiss the batch of PILs. When Bhushan referred to articles written by Ram, Venugopal said the write-ups were based on stolen documents. An FIR has not been registered so far into the theft of documents, he said.

The first write-up appeared on February 8 and Wednesday's edition had another article aimed at influencing the court's proceedings which amounted to contempt of court, he said. The newspaper published the documents by omitting the word “secret” on top, he said, seeking a dismissal of the review petitions and raising objections to Bhushan's arguments based on the articles.

On behalf of Sinha, Shourie and himself, Bhushan said the top court would not have dismissed the plea for an FIR and the probe, had critical facts not been suppressed. Venugopal said the documents relied upon by Bhushan were stolen from the Defence Ministry and an investigation into the matter was underway.

The CJI said hearing Bhushan did not mean the top court was taking on record the documents on the Rafale deal. Justice Gogoi asked Venugopal to tell the court what action had been taken on theft of documents on the aircraft deal. The AG submitted that the documents were marked secret and classified. He also told the SC that the Rafale case pertains to defence procurement which cannot be reviewed judicially.

Referring to the aerial combat with Pakistan last week, he said the country needs the Rafale jet to defend itself "from F-16 fighter planes that recently bombed us". "Without Rafale how can we resist them," he said, adding that two squadrons of Rafale fighter jets are coming to India in flyaway condition and the first one will be in by September. He also said that although MIG 21 of 1960s performed beautifully against F16, Rafale fighter jets were needed.

The Bench, which will hear the review petitions further on March 14, was told by Venugopal that every statement of the apex court made in the Rafale case may be used to destabilise either the Government or the Opposition and therefore court should refrain from making it. The high voltage hearing saw the Bench showering several tricky questions to the AG who was buttressing that the stolen materials cannot be relied to revisit the judgment dismissing the pleas and it was necessary to determine the sources who provided the sensitive documents.

The Bench asked Venugopal "if an act of corruption is committed in Rafale deal, will Government take shelter behind Official Secrets Act? I (CJI) am not saying it is committed, but if it is then Government cannot take shelter behind OSA." It further said it has been settled in a catena of judgments that even if stolen documents are cited, and if they are found relevant, the court can look into them. At one point, Justice Joseph reminded the AG that there were many reports appeared in Bofors case also and those were not treated under OSA.

Opposing the plea for CBI enquiry into the Rafale deal, Venugopal said any order to the effect would be damaging to the country as the recent incidents have shown how vulnerable is the scenario in which the country was trying to meet its defence requirements. However, the Bench said the issue of national security did not arise in the case as allegations were of grave crime of corruption.