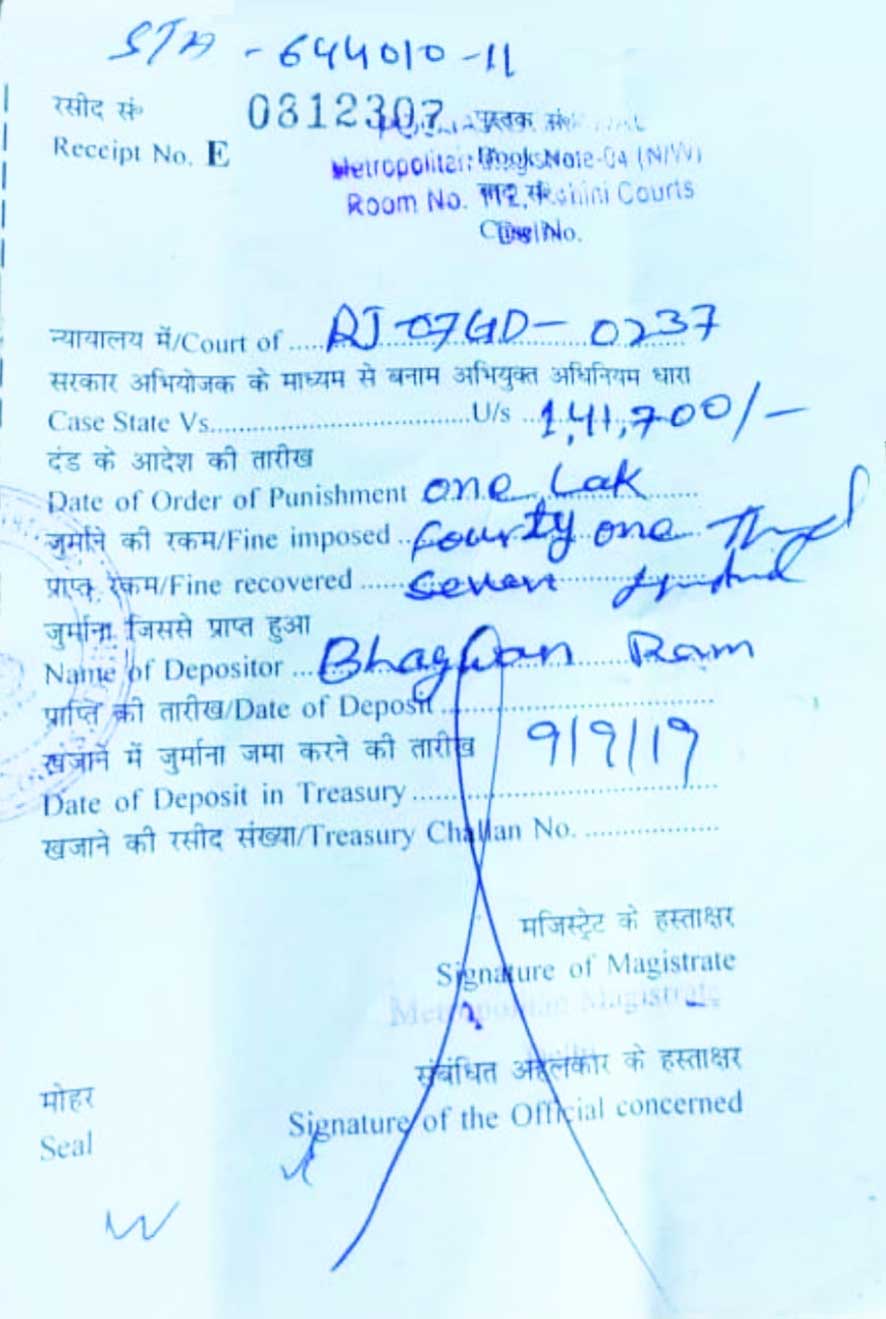 After the amended Motor Vehicle Act came into force, the Delhi State Transport Authority has issued a challan of staggering amount of Rs 1,41,700 to a truck driver for violating various traffic and road rules.

The challan was issued on Monday by the Special Enforcement team of the Dehi Transport Department to driver Bhagwan Ram of Tata truck.

The driver from Rajasthan paid the challan amount at Rohini court on September 9 for overloading and other violations, said sources.

The three-month old truck was registered in Rajasthan.

The truck driver’s fine has turned out to be the highest so far under the new traffic law in Delhi and most probably India.

This is not for the first time that violators across the country have been slapped with hefty fines.

Earlier, a challan amounting Rs 53,000 was issued by the Haryana Traffic Police in Gurugram to a man driving scooty without helmet and other papers.