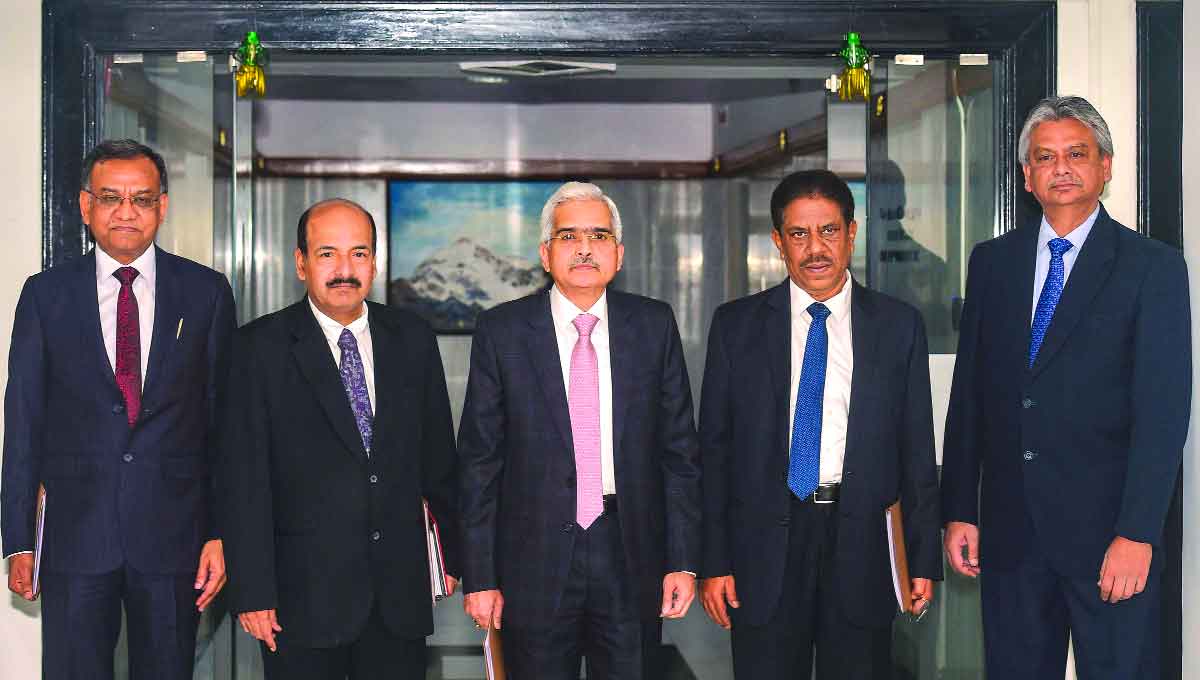 The Reserve Bank of India on Thursday cut the growth forecast by more than one per cent for the current fiscal and left the interest rate unchanged. While downward revision of the GDP growth was on the expected line, few had expected that the RBI would not go for sixth successive rate cut in view of the slowing down of the economy. Fear of inflation going out of bound forced the RBI to press pause button on its rate cut spree.

The RBI’s decision to cut the GDP growth forecast aptly reflects the massive pressure on the economy on the macro front. The RBI slashed the growth forecast for FY20 to 5 per cent — down a full 110 bps from its October projection at 6.1 per cent, which again was a 90 bps reduction from its August forecast of 7 per cent. The economy is expected to be in the range of 4.9-5.5 per cent in the second half and 5.9-6.3 per cent in the first half of FY21, RBI Governor Shaktikanta Das said.

At the same time, the RBI monetary policy committee surprised the experts by not tampering with the rates on Thursday. Das said RBI cannot keep cutting policy rates “mechanically every time”, but hinted at resuming the easing cycle after Budget and analysing impact of previous 135 bps rate cuts on economy.

He admitted that out of 135 bps previous cut, the bank have passed only around 44 bps so far to the customers. He argued that before undertaking any more rate cut, it was necessary to ensure that benefit of the previous measures reach the customers.

Significantly, even as the MPC hit the pause button unanimously, it also warned of a steep spike in retail inflation to 4.7-5.1 per cent in the second half.

The decision to hit the pause button was unanimous by the six-member rate-setting committee, Das told reporters at the customary post-policy presser.

“You must cut when the impact would be maximum; the timing is also very important rather than going on mechanically cutting the rates on every occasion,” Das said explaining the rationale behind the surprise pause.

Das was quick to add that the MPC continues to be accommodative as long as it is necessary to revive growth, while ensuring that inflation remains within the target. Das said the MPC decided to pause and see the outcomes of the Government steps in the past four-five months, such as massively slashing corporate tax rates, easing issues faced by the automobile sector, and setting up a last mile fund for real estate sector, and also the impact of the five rate cuts by the Reserve Bank since February.

“We should allow some more time for the combined impact of the measures taken by the Government and the consistent monetary easing by the RBI so far, for their full impact to unfold and play out,” Das said.

Given these, the MPC decided that it is better take a temporary pause and wait for better clarity on all these fronts during the February meeting, he added.

On whether hitting the pause button was due to the fears on the Governor missing the fiscal targets, Das said there is no worry on fiscal deficit front. Further action on the rate front will also depend on the Budget.

“I am not saying we are worried about fiscal numbers (being breached), but we’d just like to have greater clarity with regard to the kind and the nature of the counter-cyclical fiscal or any other measures that Government may announce in the Budget. It will give us greater clarity,” Das explained.

On the economic front, Das said they have seen some green-shoots emerging but it is too premature and assume how sustainable they are.

“Our calculation is that in the fourth quarter, food inflation is likely to remain very high and any moderation in the coming months depends on several factors,” Das said.

The RBI expects core inflation to remain in the current zone -- below 4 per cent but warned that the steep hike in telecom tariffs may have adverse impact on core inflation.