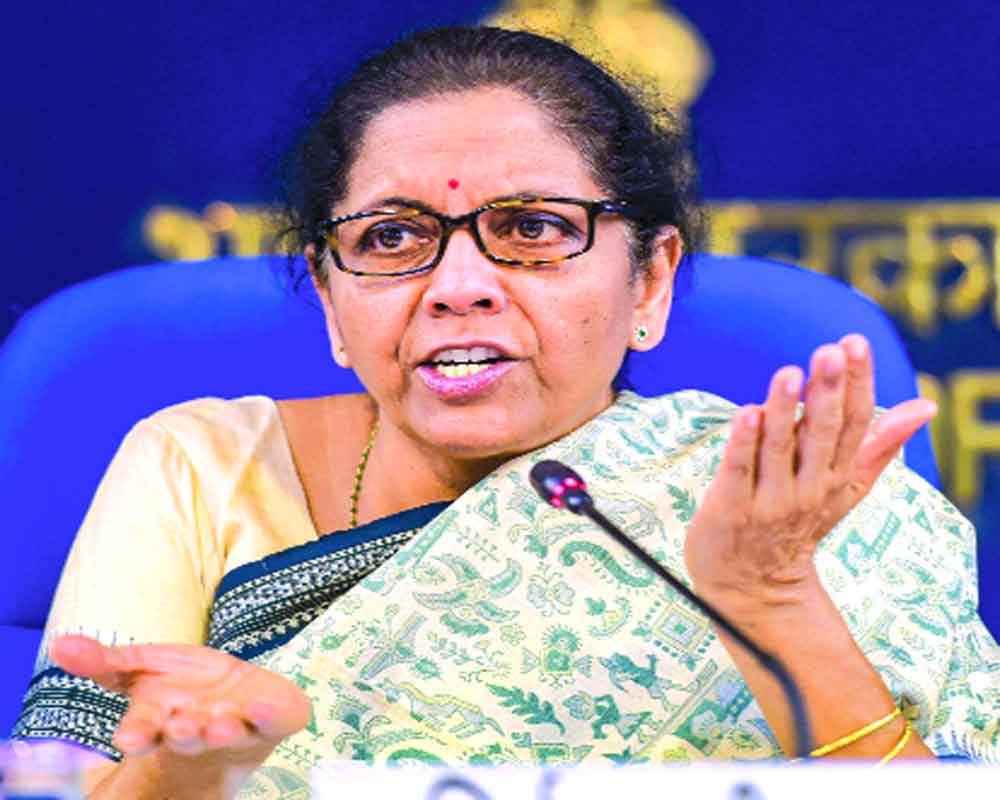 In a big push to finance stalled housing projects, the Centre has decided to offer a mega bailout package of Rs 25,000 crore. The Government will rope in State bank of India (SBI) and Life Insurance Corporation (LIC) to fund the package that would revive nearly 1,600 stalled housing projects comprising 4.58 lakh housing units across the country.

The projects will include ones that have been declared bad loans or admitted for insolvency proceedings.

The Government hopes that in addition to providing relief to homebuyers, the move will also create massive employments and boost the economy by creating demand in steel, cement, paint and ceramic sectors. The decision was finalised at the Union Cabinet at a meeting held on Wednesday under the chairmanship of Prime Minister Narendra Modi.

Announcing the decision, Finance Minister Nirmala Sitharaman said the Government will put in Rs 10,000 crore in this alternative investment fund (AIF) while SBI and LIC would provide Rs 15,000 crore, taking the total size to Rs 25,000 crore.

The fund size would increase as sovereign and pension fund are expected to participate in this AIF that can be utilised even by the projects which have been declared non-performing assets or are facing insolvency proceedings, Sitharaman added.

The AIF, which was first announced by Sitharaman on September 14, will act as a “special window” to provide loans to over 1,600 incomplete affordable and middle-lower income housing projects.

Sitharaman said the scheme is a modified version of the September 14 plan. The key change is allowing the AIF to fund projects that lenders may have declared as non-performing assets (NPAs) or which have been dragged to the NCLT for insolvency proceedings. She, however, said only RERA-registered projects with positive net worth will be provided funds.

The AIF funds will be released in stages through an escrow account and will be contingent upon completion of the approved phase, she said, adding the size of the fund may be increased with the participation of sovereign and pension funds.

The fund will be managed by SBI Caps.

Sitharaman said the Government is seized of the problem faced by homebuyers who are forced to pay EMIs on loans taken for buying homes but have not yet got possession and continue to shell out both loan installments and rent.

Meanwhile, real estate developers’ association CREDAI welcomed the move saying, it will solve the long-pending problem of homebuyers. “It’s a very welcome change from the initial announcement (of September 14). Now the only criteria for eligibility is net worth positive projects...

This will ensure that the fund is actually deployed to complete incomplete projects which are even NPA or also in NCLT.

“We are certain that a majority of stuck homebuyers will benefit from the announcement of a Rs 25,000 crore stress fund which is going to be increased in value if needed,” CREDAI Chairman Jaxay Shah said.