Sonia back at helm of Cong

Sonia back at helm of Cong 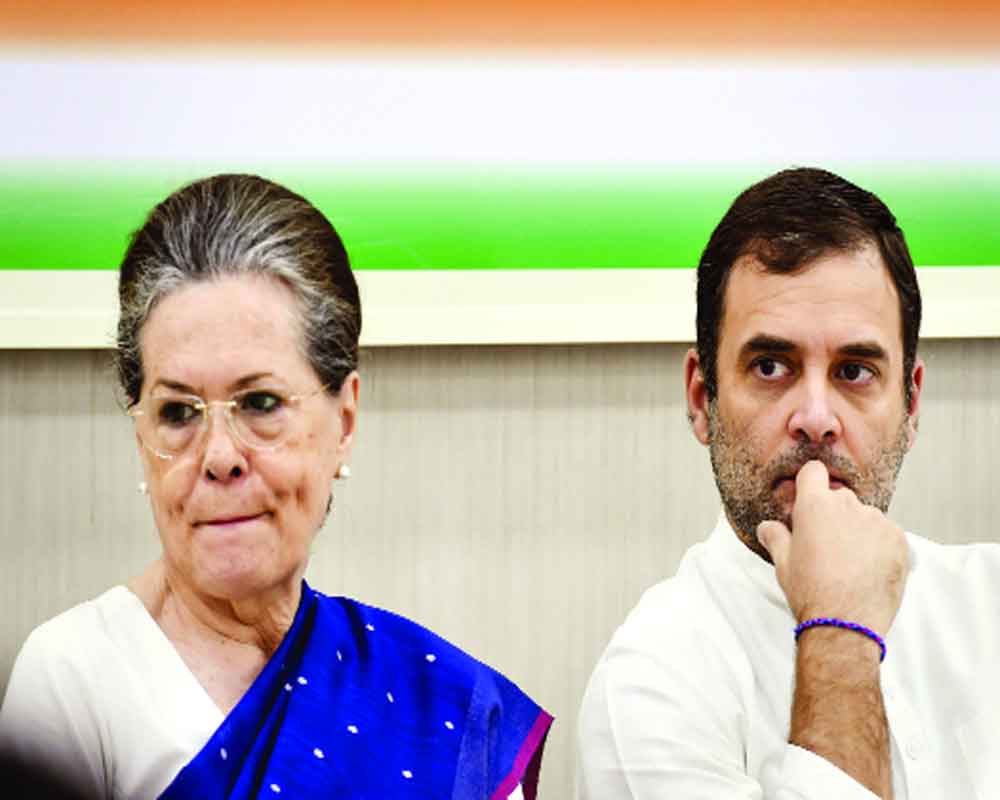 The Congress’ top job remains within the Gandhi family. Failing to zero in on a non-Gandhi as Rahul Gandhi’s successor despite day-long confabulation, the Congress Working Committee (CWC) late on Saturday decided to make UPA chairperson Sonia Gandhi the interim president of the Congress, pending the selection of regular party chief by the AICC.

The decision comes even as Rahul had been categorical in saying he wanted a non-Gandhi as the new party president. And Sonia is back at the helm of the party just a little over a year and half after she passed on the mantle to Rahul. Importantly, for the Congress though, it gets a chief after two and a half months since Rahul put in his papers. The headless days have seen many Congress leaders and office bearers shifting allegiance to the BJP.

Announcing the decision on Sonia after the CWC meeting,Congress general secretary  KC Venugopal and chief spokesperson Randeep Surjewala said the decision  was taken after Rahul turned down the request of State PCC chiefs, Congress legislature party leaders and party MPs to continue as the party president.

Earlier, the CWC could not come to a conclusion on Rahul’s successor till late at night amid a majority view that there was none better than the Gandhi scion himself for the top job. The view persisted despite his categorical refusal to continue at the helm owning responsibility for the Lok Sabha debacle. In between, the meeting’s focus even shifted to Jammu & Kashmir.

Around 10.20 pm, as the CWC was in a huddle for the second time in the day to take a call on the vexed presidentship issue, Rahul, who had reached the meeting venue around 9 pm, emerged to announce that he was called by the CWC to see a presentation on Jammu & Kashmir, where, he said, some reports have come that things are going very wrong and there are reports of violence. He demanded Prime Minister Narendra Modi and the Government to be transparent about what’s happening in J&K.

Rahul said the CWC was continuing its meeting on the issue of president and left the venue. Earlier in the day, the CWC had met to form five sub-groups for five regions — North, South, East, West and North East — to hold confabulations with the regional leaders to select the next party chief.

Sonia was asked to hold talks with leaders in the eastern region while  Rahul was asked to meet leaders from the western region. But the two recused themselves from the consultation process saying they cannot be part of it as they would not  like the opinion of the party leaders to be influenced in any manner.

“There is process of consultation and naturally Rahul ji and myself, we cannot be part of that consultation,” Sonia told reporters during the day.

Asked how their names were in the sub-groups of the CWC for consultations, she said, “That’s obviously a mistake, because we cannot be in that.”