SP may give RLD 3 seats in UP alliance

SP may give RLD 3 seats in UP alliance 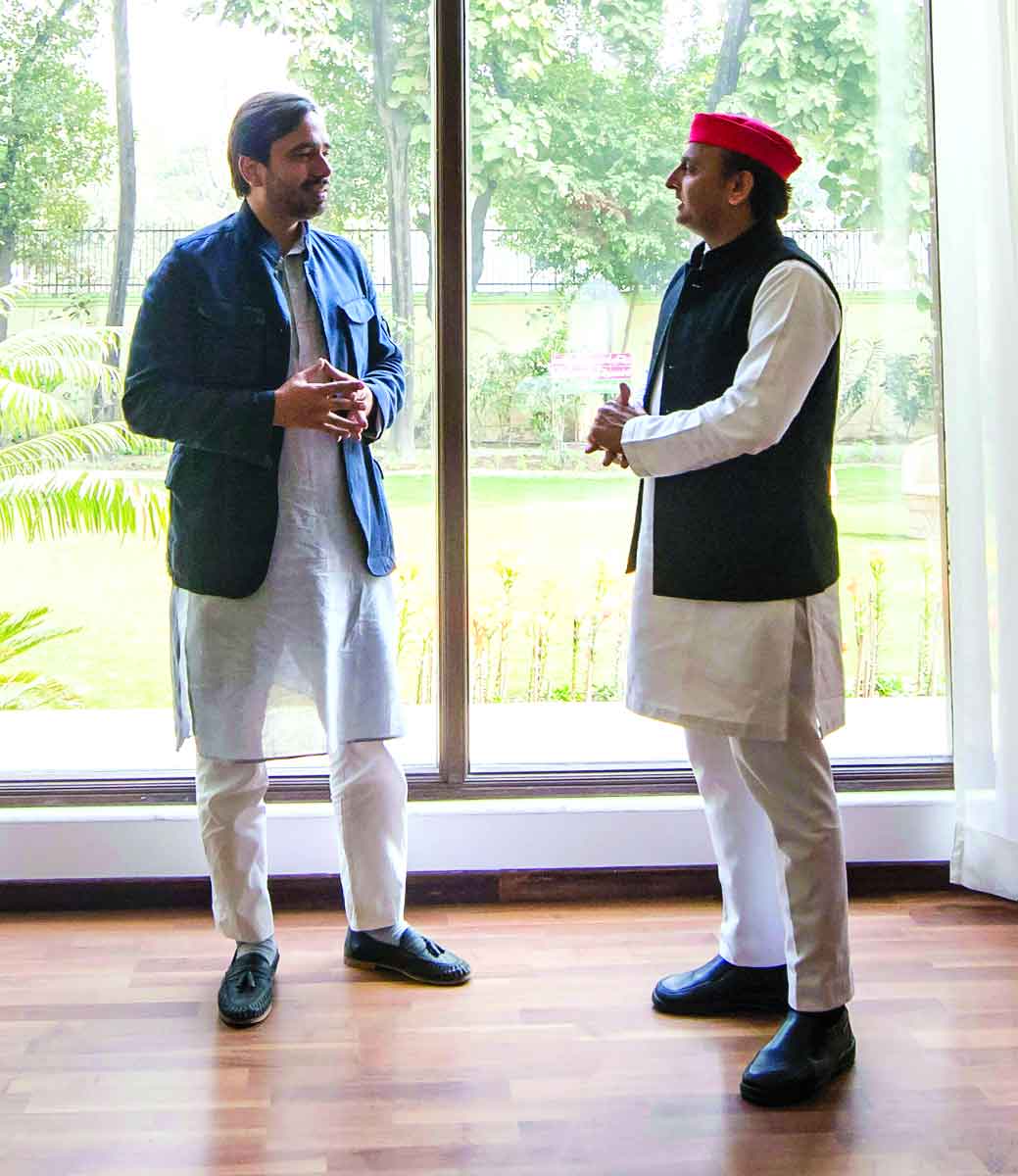 Amid speculation that Samajwadi Party chief Akhilesh Yadav is ready to walk extra mile to accommodate the Rashtriya Lok Dal in the BSP-SP alliance, (RLD) vice-president Jayant Chaudhary on Wednesday met Akhilesh and held discussion on seat-sharing for the upcoming Lok Sabha polls. Sources said that Akhilesh may give one seat from the SP quota enabling the RLD to contest three seats.

“It was a good discussion on seat sharing with Akhilesh and you will know the outcome soon. The talks were positive and all issues were addressed,” Chaudhary told reporters after the meeting at the Samajwadi Party headquarters.

On January 12, Mayawati’s Bahujan Samaj Party (BSP) and the Samajwadi Party had announced a tie-up and said that smaller parties would be accommodated. The SP and the BSP had decided to contest 38 seats each, leaving two seats for allies and two seats uncontested (Amethi and Rae Bareli — held by Rahul Gandhi and Sonia Gandhi). The SP-BSP alliance left only two seats for other parties. This put a question mark on the electoral future of the State’s next biggest regional contestant, the RLD, which wants to contest at least six seats.

“The numbers are not final, we are still negotiating with the alliance leaders. Two seats are for ‘others’. the RLD is a partner, we fought with SP in Kairana. We will get more seats. Mayawati is unlikely to be flexible and give up any of her 38 seats, so we will reach out to Akhilesh. We may get more seats from SP’s kitty,” a RLD leader earlier said.

According to sources, the SP-BSP alliances was ready to give 2 seats to the RLD which includes their sitting seat of Kairana and Baghpat, the home turf of RLD president Ajit Singh. The Jat dominated outfit is likely to settle for one more seat — Mathura Lok Sabha seat — from where Jayant Choudhury would contest. Sources said that Mayawati had already conveyed to Akhilesh that the SP can give seats from his quota to the RLD.

As the SP-BSP alliance is keen to have RLD in the alliance due to its influence over the Jat community voters in western UP, it is expected that SP, may accommodate the party even by sacrificing one seat from its quota of 38 seats.

On the other hand, Congress is also making overture to the RLD. The lone RLD MLA in Rajasthan is a Minister in the State Government after contesting the Assembly polls in alliance with Congress.

Speculation is rife that RLD candidates could contest the elections on SP symbol or vice-versa as done in the Kairana by polls when a SP leader contested on RLD symbol. Meanwhile, Uttar Pradesh RLD president Dr Masood Ahmed has announced that his party will a partner of the SP-BSP alliance.