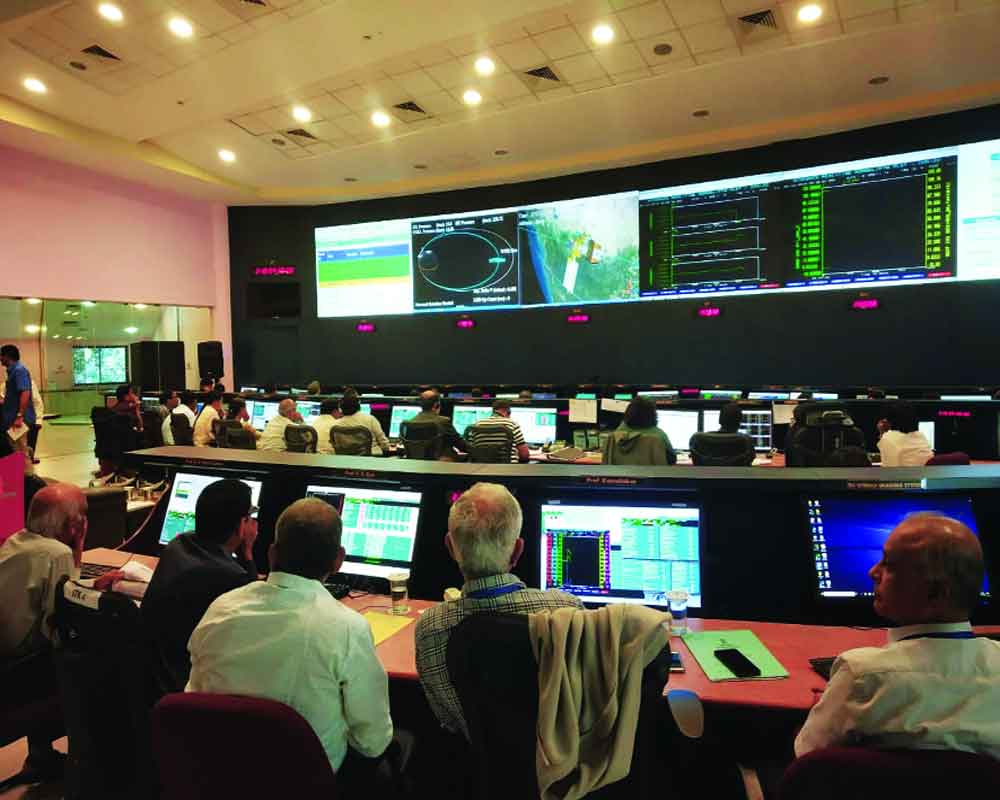 Chandrayaan-2’s lander Vikram is unbroken but lying tilted on the surface of the Moon after a hard landing very close to the scheduled touchdown site, an Indian Space Research Organisation (ISRO) official said on Monday.

Efforts are underway to see whether communication can be re-established with the lander but chances of that could be bleak with full system functionality a prerequisite to restoring contact, officials explained.

Contact with Vikram, which encases the rover, Pragyan, was lost in the early hours of September 7, when it was just 2.1 km above the lunar surface and seconds before touchdown.

“The lander is there (on the Moon) as a single piece, not broken into pieces. It’s in a tilted position,” an official associated with the mission said.

Images sent by the orbiter’s on-board camera shows that though the lander hit the lunar surface hard while landing, it is still very close to the scheduled touchdown site. “We are making all-out efforts to see whether communication can be re-established with the lander,” the official said.

“An ISRO team is on the job at the ISRO Telemetry, Tracking and Command Network (ISTRAC),” he added.

The Chandrayaan-2 mission involved an orbiter, lander (Vikram) and rover (Pragyan).  The mission was aimed at the Vikram module making a soft landing on the Moon’s uncharted south pole. The mission life of the lander and rover is one lunar day, which is equal to 14 Earth days.

ISRO Chairman K Sivan said on Saturday that the space agency would try to restore link with the lander for 14 days. He reiterated the resolve on Monday after the orbiter’s camera spotted the lander on the Moon.

However, another ISRO official said chances of restoring a link with the lander were bleak since system functionality was a prerequisite. “Unless and until everything is intact (in the lander), it’s very difficult (to re-establish contact). Chances are less. Only if it had a soft-landing, and if all systems functioned, could communication can be restored. Things are bleak as of now.”

Another space agency official added that there might be some chances of restoring communication but there are limitations too.

He recalled ISRO’s experience of recovering a spacecraft that went out of contact in geostationary orbit but said the Chandrayaan-2’s lander case was different.

In this case, “that kind of operational flexibility is not there” since it is already on the lunar surface and cannot be reoriented, he said.

A vital aspect is the positioning of antennas and these have to be pointed towards either the ground station or the orbiter, he said.

“Such an operation is extremely difficult,” he said, adding that we will have to keep our fingers crossed.

The lander’s generating power is not an issue since it had solar panels all around it and encompasses internal batteries as well which are not used much, the official said.

Had the lander operation been successful, India would have been the only country to land on the Moon’s unexplored south pole as part of the Rs 978 crore Chandrayaan-2 mission conceived a decade ago.