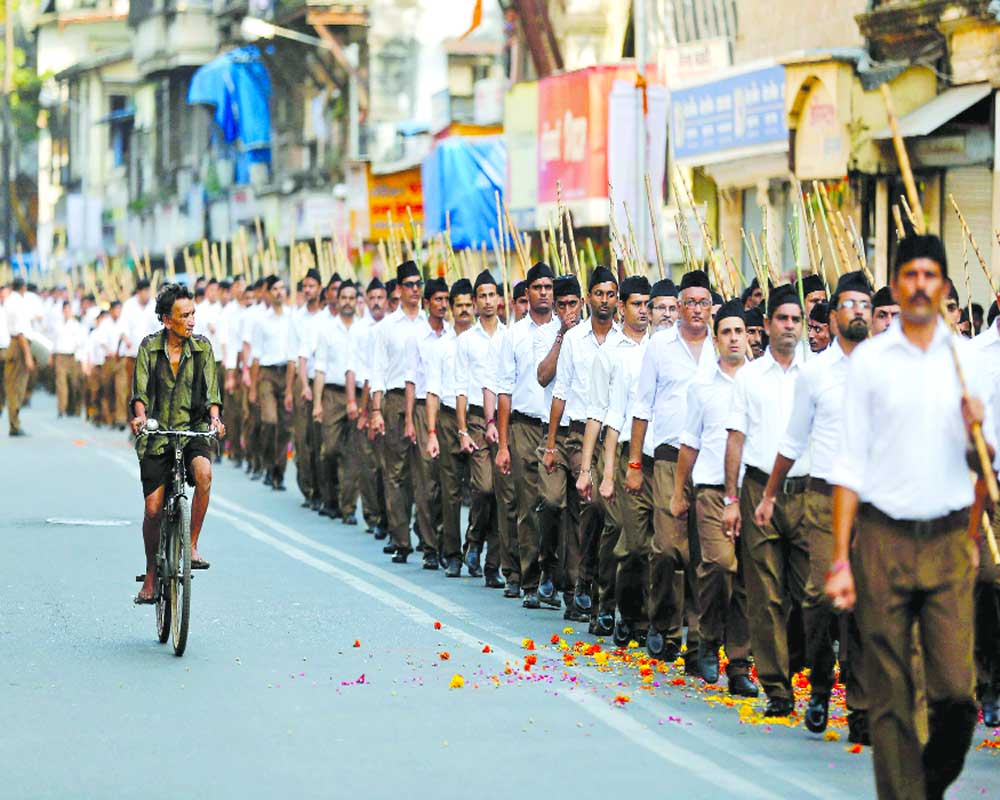 At a time when the RSS is witnessing a 20 per cent annual increase in its number of regular shakhas, which at present stand at an impressive 60,000 across the country, another similar story is unfolding in another area of Sangh activity. It’s the rapid increase in the number of Information and Technology Shakhas of the RSS.

These shakhas are popularly known as the IT Shakhas and are conducted weekly. Their numbers stand at around 13,000 and many top-notch IT professionals are connected with them, helping the Sangh to shed its “orthodox and conservative” image.

The RSS is looking at the rapid urbanisation and growth of metropolises and the young professionals working with it, particularly in the IT industry. The Sangh which has ‘opened up’ itself to the outer world under its present head Mohan Bhagwat seeks to cultivate the new-generation IT professionals in an apparent bid to embrace the modern technological changes which has not been the strongpoint of the 94-year-old organisation.

“There are around 13,000 IT Shakhas in Pune, Bangalore and Hyderabad where IT professionals attend the evening shakhas and exchange views on issues ranging from security to sanitation,” said RSS sources.

The sessions tagged as ‘IT milans’ work out plans and programmes for the expansion of such shakhas in the villages nearby the metropolises. The first IT ‘shakhas’ were started in 2006 in Pune and since then they are on the priority list of the organisation.

“Last year in Bangalore several IT professionals took eight-day holidays to be in the villages and engaged in contact programmes, discussing solutions to the issues like water conservation, environment and agriculture. Environment and water conservation are seemingly the focus areas of RSS outfits as recently spelled out by its chief. The RSS is to soon open ‘Ati Prabhat’ Shakhas for the professionals first in Mumbai and then in Telangana,” they said.

Claiming that the Nagpur outfit aims to increase the number of its ‘shakhas’ up to one lakh with “high growth States” like Kerala and West Bengal, RSS sources maintained that in the coming years the organisation would draw its substantial cadre from the large cities. “There are number of young working couples who have joined urban evening shakhas and working pro-actively during the week-ends”, they claimed.