BJP to take feedback from 10 cr people for manifesto

BJP to take feedback from 10 cr people for manifesto 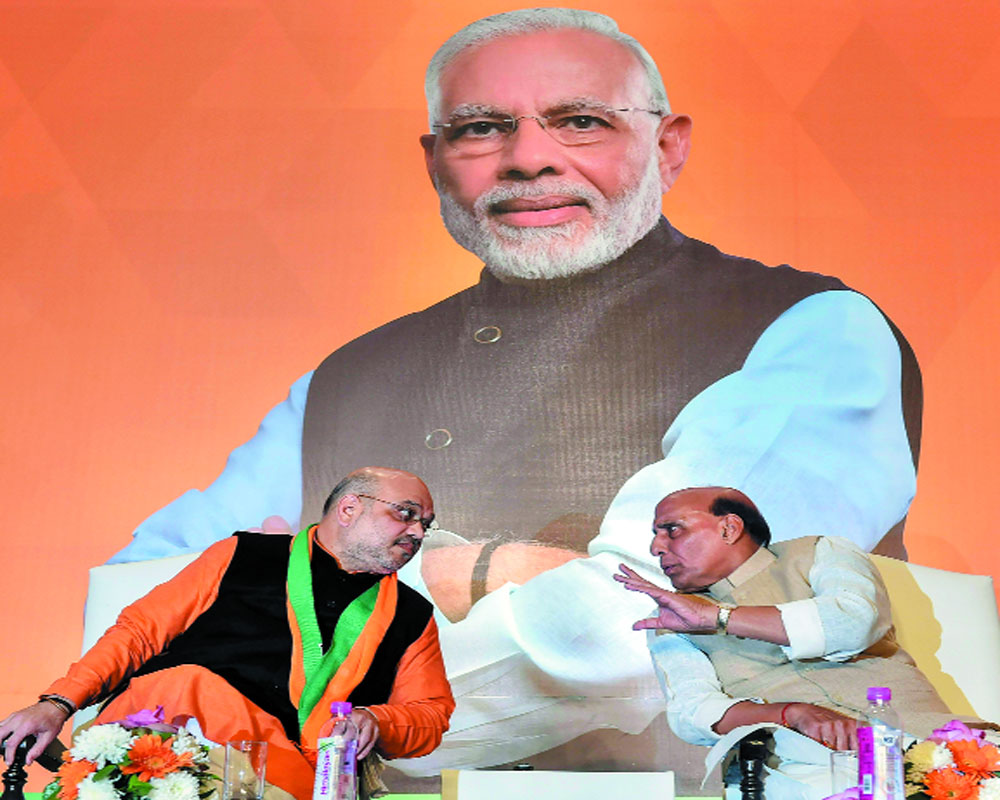 The BJP will seek suggestions from 10 crore people across the country to help the party prepare its ‘sankalp patra’ (manifesto). BJP president Amit Shah and senior party leader Rajnath Singh on Sunday launched “Bharat ke mann ki baat, Modi ke saath”, a month-long exercise to prepare the manifesto on the basis of feedback received from people from various walks of life.

At a party function here, Shah said the exercise is aimed at democratising the process of preparation of the manifesto, which will accommodate the concerns and inspiration of the country.

“What kind of country people want and what is their suggestion to achieve this; this exercise will reach out to them to seek their views,” Shah told reporters at an event here, adding that it will help the party realise the dream of a Rs New India.’

In the mammoth exercise, the party will involve 300 vehicles that will  move across the country with over 7,700 boxes across 4,000 Assemblies to seek people’s views, he said,  adding social media and telephonic communication will also be used for this.

Singh, who is also the head of the party’s ‘sankalp patra’ committee, said never before such a massive exercise to prepare a party’s manifesto has been launched in a country.

The Home Minister also spoke at length about pro-farmer measures taken by the Government and said the Prime Minister has emerged as the biggest well-wisher of farmers.

On the contentious Citizenship Bill, Shah said the Home Minister will talk to different political parties, including those from the Northeast, asserting the legislation is “very important” for the country.

Asserting that the BJP was committed for the passage of the Bill, which seeks to grants citizenship to persecuted non-Muslim refugees from Pakistan, Afghanistan and Bangladesh, Shah said such large number of refugees cannot be left to their fate. “We are firm on this,” he said.

He said the BJP has brought the Bill after lot of deliberations. “After taking suggestions from everybody, if there is some consensus we will certainly move forward with that but this bill is very important for the country,” he said.