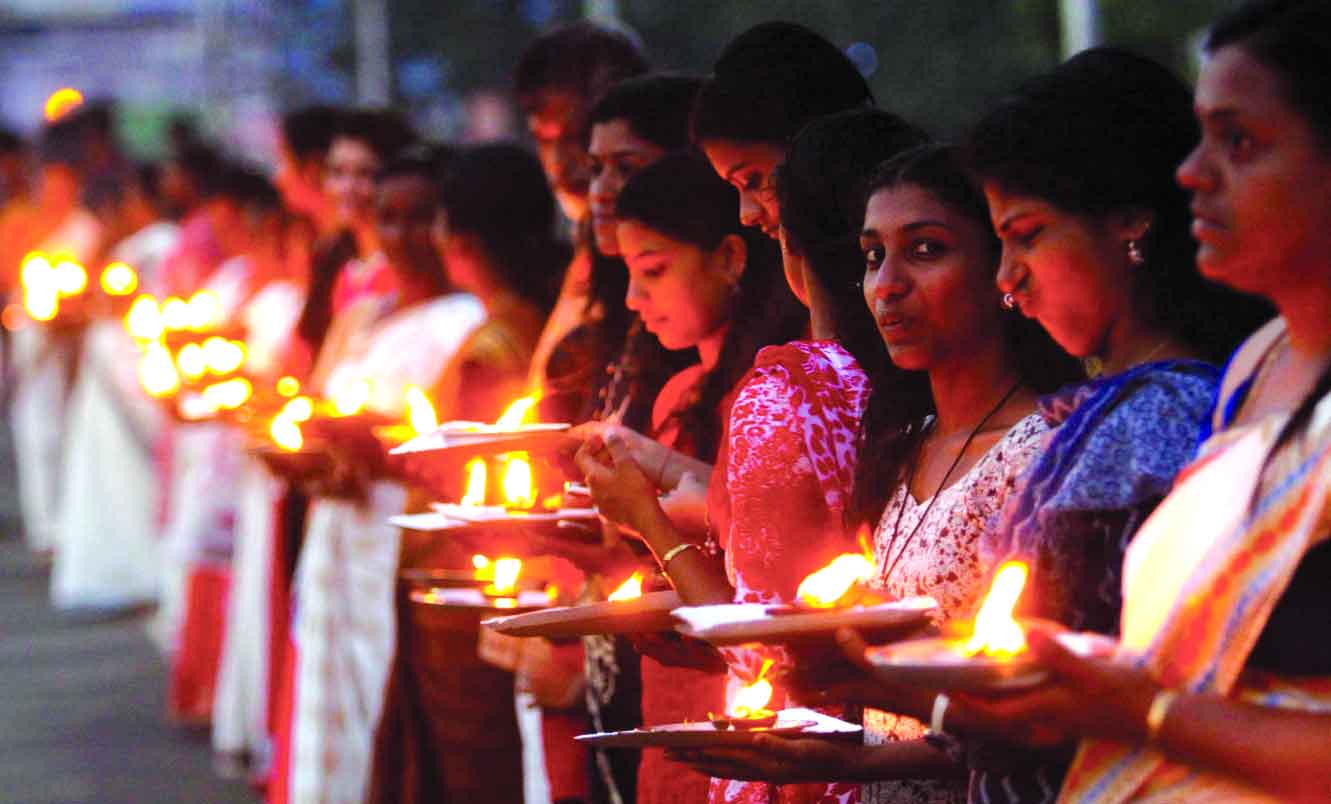 The countdown for Women’s Wall, an exclusive wall by women to be formed from Kasaragod in the north to Parassala in south, has begun in Kerala. To be formed on the New Year day under the auspices of the Marxists-led  Kerala Government, it is an effort to check the growth of Sangh Parivar in general and the BJP in particular.

Women’s Wall is answer to the recent agitation by Hindus against the Supreme Court verdict quashing the ban on the entry of women to Sabarimala Temple, think Left leaders.

The festival season of Sabarimala which began in the second week of November got eclipsed because of the agitation by various Hindu organistions which staged Nama Japa Rallies at Sabarimala against the entry of women in the child-bearing age group.

The CPI(M) is leaving no stone unturned to make the wall a grand success, especially against the backdrop of the success of Ayyappa Jyothi held last week by the Sabarimala Action Committee against the court verdict. It has put into action all frontal organisations of the party along with the Kerala Government machinery. District Collectors have been issued orders to ensure the success of Women’s Wall while local bodies led by the CPI(M) have swung into action to make it a landmark event.

“Women’s Wall is a reaction to the attempts by the Hindu community to mobilise women against the apex court verdict and challenge the values of the social reformation movement,” said Chief Minister Pinarayi Vijayan in a release on Sunday.

But Leader of the Opposition Ramesh Chennaithala said Women’s Wall was an attempt by the CPI(M) to weaken the democratic forces and strengthen the hands of the RSS and the BJP. In a release to the media, Chennithala alleged the Government is misusing the official machinery to build support for Women’s Wall.

“Senior officials are issuing circulars to subordinates while service organisations are intimidating employees into joining the event. Kudumbashree, Asha workers and MGNREGS workers are being coerced to back the campaign,” he said.

Elsewhere in the State, people are divided over the fate of Women’s Wall, though it is widely believed the CPI(M), with its massive infrastructure would make it a major success.

“From District Collectors to local body councillors, all are working to make this a major event. Now that the Ayyappa Jyothi turned out to be a big success, the onus is on the CPI(M) to make Women’s Wall a much bigger success,” said Suresh Gopinath, former card-holding member of the party.

There are allegations that Government officials were threatening Kudumba Sree (Womens Self Help Group) activists with dire consequences if they do not take part in the event. K Sushama, a homemaker and Kudumba Sree activist in Ernakulam district told The Pioneer that the CPI-M leaders convened a meeting of Kudumba Sree workers on Monday morning and warned them against staying away from the Wall. "We don’t know what will happen to you if you do not participate in the wall. Don’t ask us for any help if the party leadership gets antagonised over this," Smitha, leader of the local SHG mission at Perumbavoor told the SHG activists.