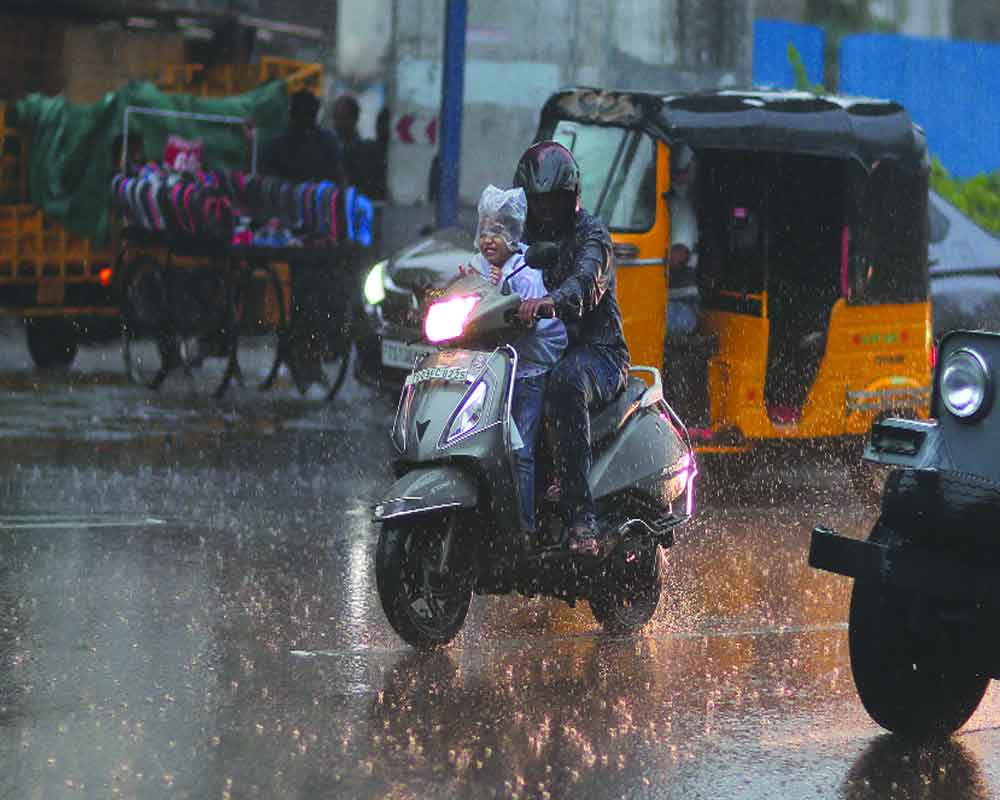 Rains cover 70% area but half of it gets deficient amount

Except Uttar Pradesh and Rajasthan, the north-western States — Uttarakhand, Haryana, Punjab, Delhi, Chandigarh, Himachal Pradesh and Jammu & Kashmir have recorded deficient monsoon so far. The India Meteorological Department’s (IMD) data shows that monsoon has covered almost 70 per cent areas in the country, but half of sub-meteorological divisions fall under the “deficient” rainfall category. Due to lack of rainfall, the north-west States have witnessed high humidity and hot weather conditions.

As per data, the nine States of north-west India recorded 126.4 mm rain against the normal of 136.7 mm, a deficiency of 8 per cent so far. South easterly wind has caused high-level humidity in Delhi, Punjab and Haryana.

“Now the wind directions have changed. This is expected to bring some relief from humidity. There is no chance of rainfall in the next 3 to 4 days in north-west States except hilly regions. The data shows deficiency in rainfall over central and western India in next two weeks,” said Kuldeep Srivastava of IMD.

In Delhi and NCR, the humidity level was recorded at 57 per cent on Thursday. Haryana, Delhi, Chandigarh have recorded only 39.9 mm rainfall against the normal of 94.2 per cent so far, a deficiency of 58 per cent.

The IMD data shows that Haryana recorded 56 per cent rain deficiency, Delhi 89 per cent, Punjab 47 per cent, Uttrakhand 41 per cent, Chandigarh 25 per cent, Himachal Pradesh 38 per cent and Jammu & Kashmir 12 per cent till July 11.

Western Uttar Pradesh recorded 21 per cent rain deficiency while western Rajasthan 25 per cent, while east UP and east Rajasthan have recorded above normal rainfall.

The overall monsoon deficiency, which was 33 per cent at the start of the month, has dipped to 12 per cent so far. The IMD has four divisions, which are further divided into 36 sub-divisions. 17 have received “deficient” rainfall. The deficiency was highest in the South Peninsula — 28 per cent — followed by 17 per cent in the North-East.

India received 28 per cent more rainfall than the 50-year average in the week to July 10, data from the IMD showed, after getting poor rainfall for five straight weeks. But the deficit could widen again in the next fortnight, said the official, adding, “After two weeks, there are indications of good rainfall. The monsoon is seen reviving in last week of July.”

The southwest monsoon has advanced into south Rajasthan, large parts of Haryana, north and east Punjab, and Jammu & Kashmir. “There is a cyclonic circulation located over east Uttar Pradesh and Bihar. This cyclonic circulation, along with a related trough, will cause instability and produce heavy to very heavy rain and thunderstorms over central and eastern India,” the IMD said.

This year rains arrived in the southern State of Kerala a week late on June 8. The developing Cyclone Vayu in the Arabian Sea drew moisture from the monsoon and weakened its progress.

Though meteorological department and experts are of the opinion that the southwest monsoon would gain momentum by July-end and the beginning of August, the poor rain during June and the first week of July have created widespread anxiety in Kerala Meteorologists claim that cyclone storm Vayu, which developed in the Arabian Sea on June 10 disturbed the pattern of the normal rainfall and changed the direction of the wind in a way that pulled the monsoon clouds towards the Oman coast.