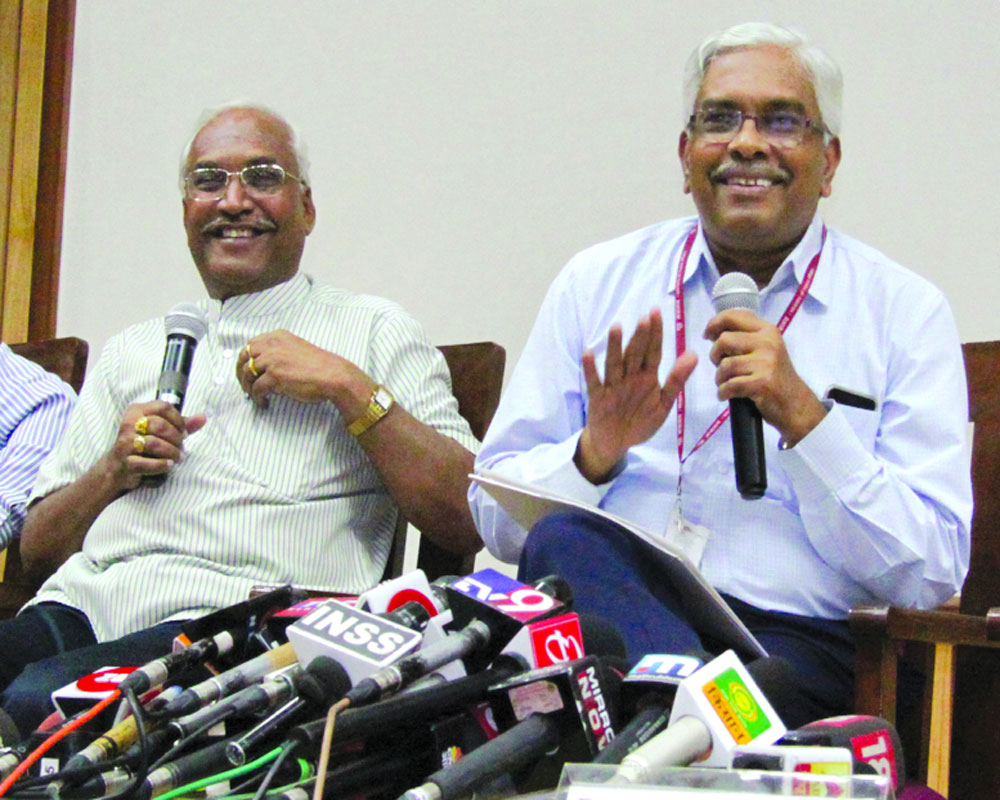 In its first long-range forecast, the India Meteorological Department (IMD) on Monday predicted that the southwest monsoons will be “near-normal” this year, lifting worries of a below-normal rainfall that a private weather forecaster Skymet had predicted earlier.

The IMD predictions came against the backdrop of the latest global forecasts that weak El Nino conditions have developed over equatorial Pacific Ocean and they are likely to persist this summer. However, IMD officials have maintained that these conditions would weaken after summer.

The LPA is calculated on the basis of the mean rainfall during the four-month monsoon season over a 50-year period from 1951 to 2010.

Releasing the forecast, Dr M Rajeevan Nair, Secretary Ministry of Earth Sciences and the IMD Director General KJ Ramesh said, “The prediction of ‘normal’ monsoon would be good for farm sector as the possibility of well distributed rainfall would help sowing of Kharif (summer) crops.”

Rajeevan said weak El Nino conditions are likely to prevail during the monsoon season with reduced intensity. There could some effect of the El Nino in June, but monsoon may pick up pace from July, he added. El Nino is associated with the heating of Pacific waters and it sometimes has an impact on monsoon.

Prediction on region-wise and month-wise distribution of rainfall will, however, be released in the IMD’s next forecast in first week of June. The forecast agency will come out with the prediction of onset date of monsoon by mid-May. At that point of time, apart from an updated forecast for the country as a whole and the season in its entirety, the Department would issue separate forecasts for rainfall for the months of July and August for the country as a whole and season-wide rainfall for the four distinct geographical areas - north-west India, south peninsula, north-east India and Central India.

If El Nino retains strength and impacts monsoon rain in June and July, the first two months of the season, it could lead to delay in sowing of rain-fed kharif crops affecting overall crop production.

Skymet weather, a private weather forecaster earlier had predicted that the coming monsoon rain will to be “below normal” and about seven per cent short of the 89 cm the country usually gets from June to September due to developing of El Nino phenomenon, which means a rise in temperature in the equatorial Pacific Ocean.

Due to erratic monsoon, as many as 250 districts across the country recorded large deficient monsoon in 2018. The IMD categorises monsoon rainfall as “deficient” at a State or a district-level when it receives 20 per cent-59 per cent less rainfall than the long-term average and as “large deficient” when it is 60 per cent -99 per cent less. A deficient monsoon year is when the cumulative rainfall across the country remains -10 per cent or above, once called an ‘All India Drought Year’.

The IMD study had shown large spatial variability -- in different parts of India either the rain were heavy or simply did not arrive in some parts in 2018. Last year as many as 500 people lost their lives due to floods in Kerala in August last year. Incessant rains, floods and landslides rendered more than 7.25 lakh people homeless.