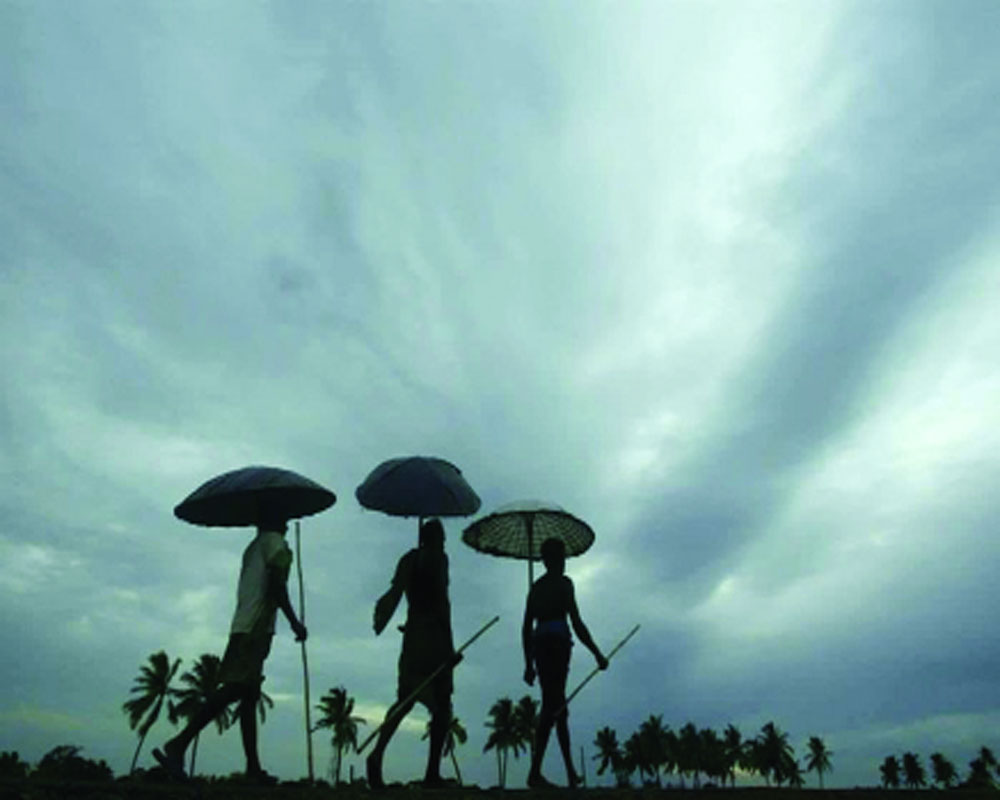 The India Meteorological Department (IMD) on Wednesday said the southwest monsoon will be “slightly delayed” and arrive in Kerala on June 6. The normal onset date is June 1.

Expected to be sluggish in its progression this season, it will be third such instance since 2014 when monsoon is set to miss the usual date of arrival. In 2014, it arrived on June 5, followed by June 6 in 2015, and June 8 in 2016. However, monsoon arrived in Kerala on May 29 last year, three days ahead of the normal onset date.

The prediction of delay by IMD and private weather forecaster Skymet has worried investors. Shares of several agriculture sector and consumer goods companies collapsed in the stock market on Wednesday.

The IMD forecast is in line with that of Skymet, which on Tuesday said the monsoon would hit Kerala on June 4.

“This year, the statistical model forecast suggests that the monsoon onset over Kerala is likely to be slightly delayed,” the IMD said. “The southwest monsoon onset is likely to set over Kerala on June 6 with a model error of plus or minus 4 days. Conditions are becoming favourable for advance of southwest monsoon over the southern part of Andaman Sea, Nicobar Islands and adjoining southeast Bay of Bengal during May 18-19,” it added.

The delay in the arrival of monsoon may not necessarily have an impact on the overall amount of rainfall. Last year, monsoon came early but the rain was ‘’below-normal’’. Similarly, in 2017, the monsoon arrived in Kerala on May 30, but the overall rainfall was 95 per cent of the long period average (LPA), which falls under the below normal category.

To forecast the monsoon arrival, the IMD uses a customised weather model which, it stated, had been wrong only once  in 2015 since 2014. This model crunches 6 meteorological parameters: the minimum temperatures over northwest India; the pre-monsoon rainfall peak over south Peninsula; the outgoing long-wave radiation (OLR) over the South China Sea; the lower tropospheric zonal wind over southeast Indian Ocean; the upper tropospheric zonal wind over the east equatorial Indian Ocean; and the outgoing long-wave radiation (OLR) over the southwest Pacific region.  The model has a built-in error margin of four days --- a June 6 onset can mean any day from June 2-10.

According to IMD, the onset is announced when certain criteria is fulfilled anytime after May 10. If at least 60 per cent of the 14 designated meteorological stations in Kerala and Lakshadweep report at least 2.5 mm of rain for two consecutive days after May 10 - and a few other conditions relating to wind and temperature are also fulfilled - the onset of monsoon is said to have taken place.

The Andaman and Nicobar Islands generally start getting monsoon rainfall between May 15 and May 20, and the Kerala coast generally begins to have monsoon rainfall sometime in the last week of May. However, if the prescribed conditions are not met, the onset is not declared. The northward progression of monsoon, after reaching the Kerala coast, depends on a lot of local factors, including the creation of low pressure areas. It is possible, therefore, that despite the onset happening late, other parts of the country start getting rains on time. Generally, the monsoon reaches Kerala within 10 days of reaching the Andamans.  After its onset over Kerala, the monsoon spreads over the entire country by July 15.