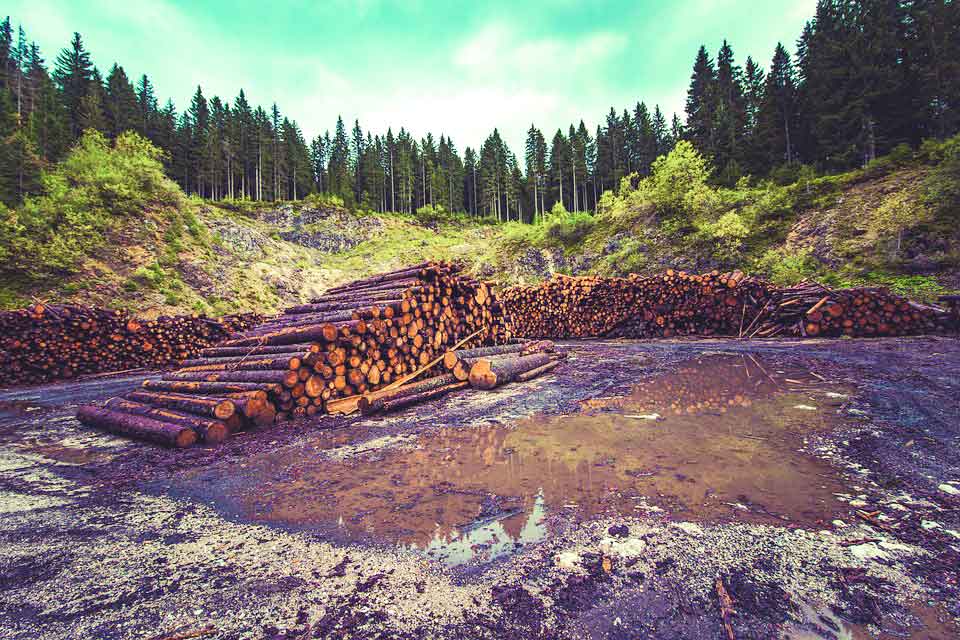 In the last fifteen years (2003-2018), India lost nearly 2,39,572 hectares of forest land due to various developmental activities such as mining, thermal power plants, and dams besides road construction. Eight States — Punjab, Uttarakhand, Madhya Pradesh, Gujarat, Maharashtra, Kerala, Arunanchal Pradesh and Rajasthan — accounted for half of the total green land diversion of 1,60,878 hectares of forest land during the period. In other words, the annual rate of diversion of forest land for infrastructure projects has been at 15,971.48 hectares.

During this period, the Union Environment Ministry cleared 14,692 proposals for various developmental activities.

Punjab topped the forest land diversion list, reporting loss of 60,658 hectares of forest area followed by Madhya Pradesh (23,726 ha) and Uttarakhand (15,532 ha), according to a report ‘Status of forests in India,’ tabled in Parliament recently.

Under the Forest (Conservation) Act, 1980, forest areas can be diverted by the Union Environment Ministry for non-forestry purposes like mining. In lieu of the land, money is collected by the Government which is then used by the authorities for afforestation.

According to the report prepared by a Parliamentary Standing Committee, in the last five years since 2013-2018, at least 3,226 proposals related to mining, thermal power plants and dams among others saw light of the day, resulting into diversion of 70,920.61 hectares of forest land for non-forestry purposes under the Forest (Conservation) Act, 1980.

This is one-third of the 2,39,572 hectares of forest land that India overall lost to various developmental activities in the last 15 years (2003-2018), according to the official data submitted in Parliament recently.

While a significant forest land portion has been diverted for non-forestry purpose, the committee noted that an insufficient budget allocation to the National Afforestation Programme (NAP) was hampering achieving the annual targeted area of afforestation during the last few years, which had already declined gradually over the last four years.

Replying to the observations of the Committee, the Ministry informed the Committee that in the 10th, 11th and 12th Plans period, Rs 1,205 crore, Rs 2,000 crore and Rs 2,500 crore respectively had been allocated under the NAP scheme. However, the overall outlays in the annual plans were restricted each year which led to less fund availability for afforestation.

With the increase in wage rate in the States and low allocations, the target area for afforestation has been steadily decreasing over the years, noted the panel.

This had adversely affected not only the plantation and maintenance activity of that year but also the afforestation works carried out in the previous years, which had led to serious constraints in successful implementation of the scheme as the approved annual work programme could not be followed by the States.

Moreover, with the change in funding pattern from 100% Centrally sponsored to sharing pattern in 2015-16 as 60: 40  between Central vs State, and decline in budget allocation from Rs 100 crore for 2015-16 to a meagre Rs 60 crore for 2016-17, the targeted area of afforestation annually has already declined gradually over the last 4 years.

Only 35,986 hectares of new areas could be sanctioned during 2015-16 due to change in the funding pattern and budget constraints, noted the panel.

Further, due to budget insufficiency ancillary activities like strengthening of Joint Forestry Management Committees, soil moisture conservation, fencing, awareness generation, monitoring and evaluation, etc. could not be supported properly which adversely affected the very purpose of this scheme such as preservation of forests by participatory approach. During 2017-18, afforestation over 39,847 hectares has been targeted and Rs.80 crores has been released.

Further, as the scheme is demand driven, several proposals from some States could not be approved due to want of budget allocation in 2017-18, said the panel.