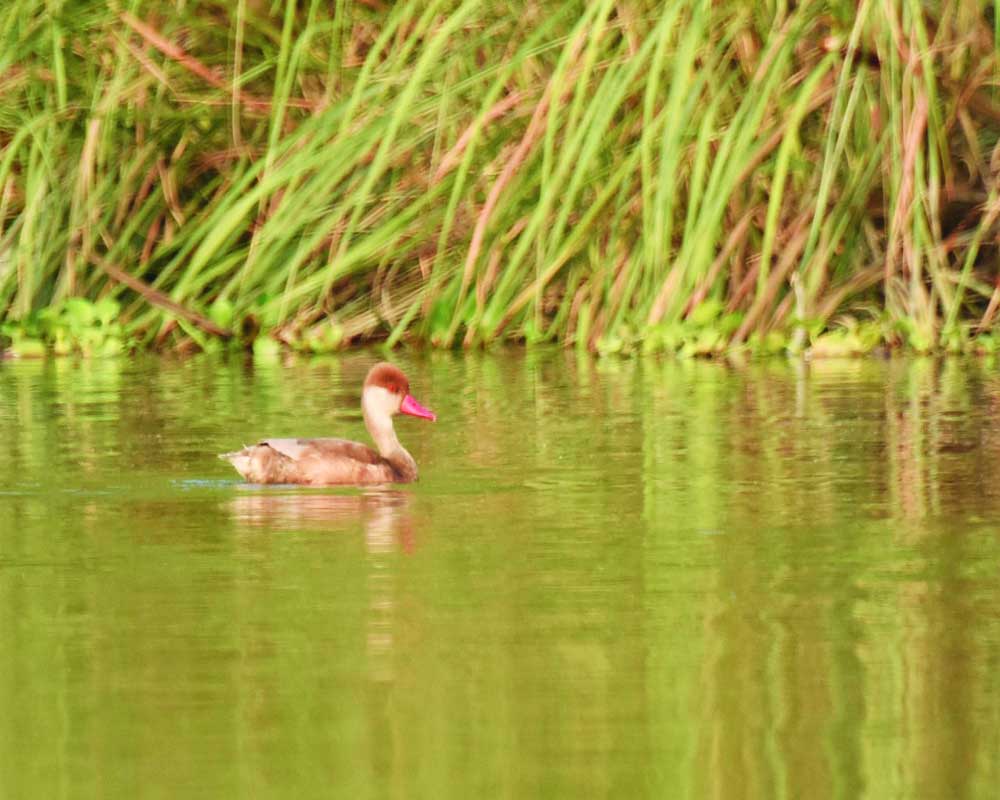 While the early arrival of migratory birds is being celebrated by ornithologists, it has taken ecologists by surprise.

Presence of Northern Shoveler, European bird species and Red Crested Pochard, Central Asia-Siberia in Yamuna biodiversity park has raised an alarm among global scientists to assess the effect of climate change on the schedule of the migration of birds.

Shovelers were normally witnessed here in October-end when the European lakes are frozen and Siberian Crested Pochards were seen in November-end. Faiyaz Khudsar, Scientist-in-charge, Centre for Environment Management of Degraded Ecosystems (CEMDE), University of Delhi, said the unusual arrival timing is directly related with phenology. (Phenology is the study of periodic plant and animal life cycle events and how these are influenced by seasonal and inter-annual variations in climate, as well as habitat factors)

Khudsar said this year the temperature in Europe was unusually warm. He said lakes and water bodies in Europe and Central Asia are not suitable for ‘Hydrilla’ (aquatic plant beneath the water) and birds are forced to fly in Southern part before the designated time.

“Everything is not well across the globe. Early arrival of these birds is an indication that their breeding cycle will be advanced,” Khudsar added.

Migratory birds are highly rely on the aquatic diet and climate conditions. Ornithologists explained that Hydrilla, Potamojiton and Valucineria are the natural vegetations, favorable for the migratory birds and maintain balance in eco- system. Instance good aquatic vegetation lead to survival of small fishes,good numbers of fishes indicates healthy aquatic condition of water body be it lake or river,” Dr Faiyaz explained.

As per the previous trend, Migratory birds flocked Yamuna Biodiversity Park (YBP) in winter months indicating that the national Capital’s ecological balance is good. The biggest attraction was the arrival of Black Crowned Night Heron after fifteen years in the YBP wetlands in 2016. However this year, not just in YBP but Sultanpur bird sanctuary is also hosting the migratory birds in large number in September month only.

Meanwhile, YBP hosts around 196 different species of birds from Russia, Europe and Central Asia have arrived at the Phase -II, natural wetland of 350 acres between Wazirabad and Bhalswa. Black Crowned Night Heron bird, is a bird that is nocturnal nature also witnessed. Previous year, the park hosted above 10,000 migratory birds.