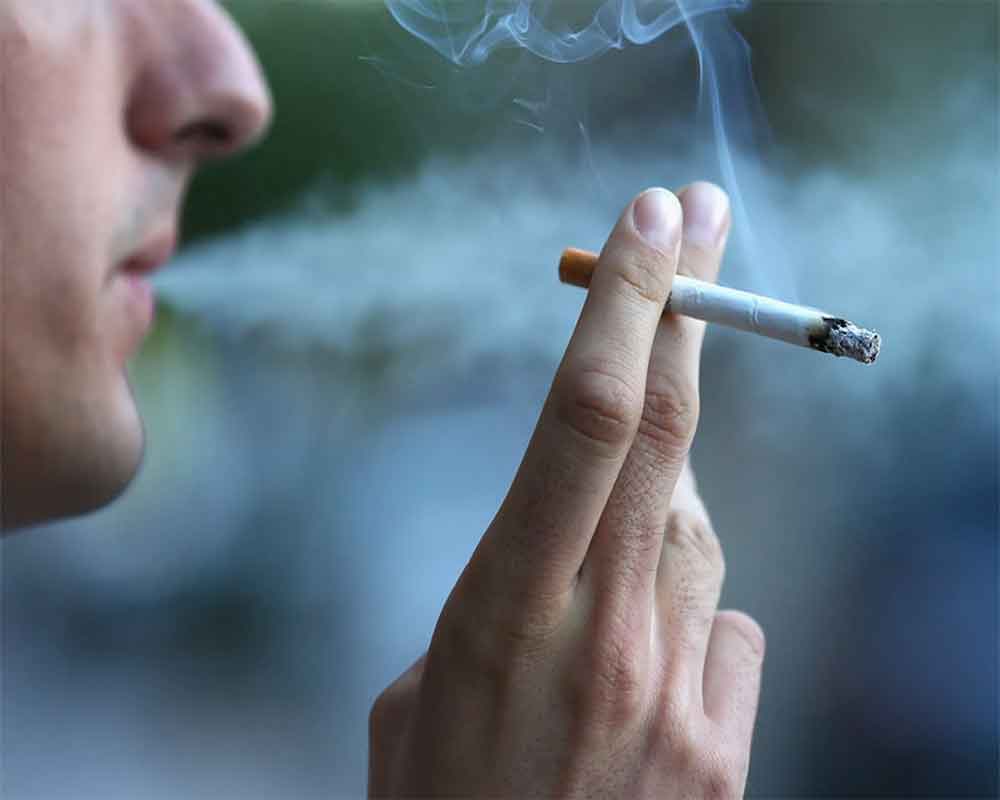 One out of every three persons in the age-group of 15-50 years in Delhi-NCR is addicted to smoking and around half of them are aged between 20 and 30, a recent survey has found.

The survey, 'Understanding Smoking Attitudes in Youth, conducted by Gurgaon-based Aviss Health Foundation also found that many of the youth resort to smoking to cope with work-related stress.

According to the survey, 56 per cent of the 1,400 respondents thought that smoking helped them get relief from stress. Of them, 55 per cent admitted that they are aware of its ill-effects.

"The fact that educated youth are take up smoking just to cope with stress, speaks volumes about the lack of focus in outreach programs," Pulmonologist Dr Himanshu Garg, who led the survey, said.

India is one of those countries in the world which is reeling under a huge burden of high mortality and morbidity linked with tobacco addiction. According to the World Health Organization (WHO), India is home to 12 per cent of world's tobacco smokers.

Despite knowing its addictive nature and harmful effects of smoking, a huge number of young people are still succumbing to its temptation, Dr Himanshu Garg said.

"While government policies in India have always been designed carefully around the targeted awareness programs, the survey figures indicate that it is time to sit-up and fine-tune our strategies to address the issue more effectively," Dr Prerana Garg, who heads the Aviss Foundation, said.

Dr Nikita Jajodia, the head of research at Aviss Foundation, said policy makers need to develop evidence-based strategies which can bring structural changes, not only in terms of making stress management an integral part of higher education but also in jobs, especially in case of fresh recruits.

"Highlighting the strong link between stress and smoking and formulating outreach programs on these lines can go a long way in helping youth to abstain from this harmful addiction," Dr Jajodia said.