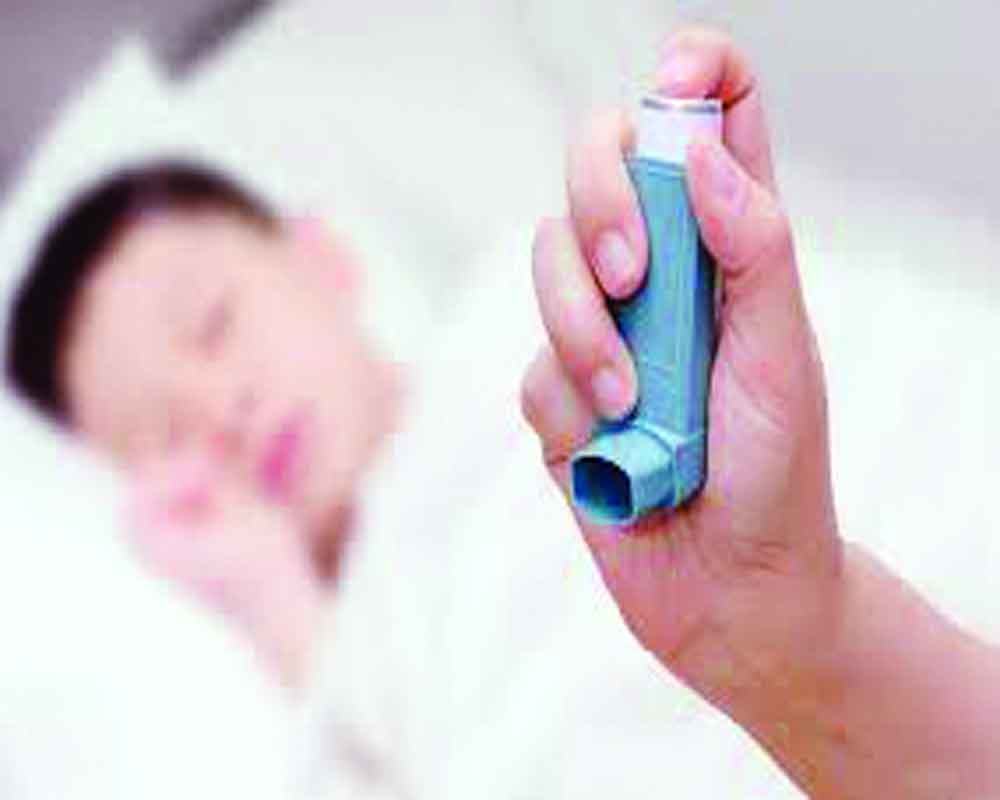 Asthma is a chronic disease with many stigmas related to it. The disease is considered no less than a taboo where many people and especially parents try to disregard the fact that their child has asthma.

According to the WHO fact sheet, 100 to 150 million people across the globe suffer from the disease. In India, the soaring numbers have reached 15-20 million and the numbers will continue to grow until adequate measures will be taken to manage the disease.

Dr Anant Mohan, HOD, Chest (Pulmonary Medicine), AIIMS says that asthma is a disease which is there from time immemorial and there ar lot of factors that can cause it. “Asthma is persistent since time memorial. It is a growing disease and the number of patients keep on growing. Fortunately, the awareness about the disease is also increasing but there should certainly be more awareness especially from the grassroot level. There are a lot of factors that cater to the disease — genetic, if the parents have the disease, chances are more that their child will also have the disease, environment also plays a great role, increasing pollution, smoking are some of the causes of the disease,” he tells you.

Dr Gaurav Sethi, Pediatrician, In Good Hands Clinic says that earlier it was thought that asthma is a disease of elderly. "Earlier people thought that asthma is a disease of the elderly but it is not the case. Almost 50 per cent people start having the symptoms below the age of five years and five to 10 per cent children have asthma. The prevalence of the disease has increased and fortunately awareness has also increased but we still have miles to go,” he tells you and adds that there is no confirmatory test for asthma.

“Unfortunately there is no confirmatory test to diagnose asthma which makes it challenging to diagnose the disease. Whenever a child comes to us, we have to study the history of the patient thoroughly. We have to examine each and every detail and then only we confirm that the patient has asthma or not. Some people feel that since there is no confirmatory test the disease can be misdiagnosed but the fact is that the disease is more underdiagnosed rather than misdiagnosed,” Dr Sethi tells you.

There are a lot of myths prevalent among the people when it comes to asthma. “There are a lot of myths related to the disease. First, parents are not ready to believe that their child has asthma. They say bachcha hi toh hai, asthma kaisey ho sakta hai. This stigma has to be removed. Second, people tend to believe that inhalers are strong and addictive, which again is a misconception. Inhalers are the best and the safest medication. If medicine is given through inhalers then it is more effective without any side effects. Because the medicine is given directly to the affected area (lungs) and not through blood, so there are no chances of infections. The dose given is also ten times less in inhalers. Therefore, it makes them the safest option to go for,” Dr Sethi explains.

However, many people feel worried that how their child will take inhaler infront of everyone. “We get across a lot of patients who feel anxious and worried that how their child will take inhaler in school. But there is nothing to feel worried about. It is just a form of taking medicine and there is nothing to be ashamed of. Awareness should be more among the teachers also. Because when the teachers see that the child in taking inhaler they often suggest the parents to keep the child at home. But, this is not the solution. So, there should be proper awareness among the teachers as well so they don't treat the child any differently,” Dr Mohan tells you.

Many patients just use inhalers to relieve the pain and not to control the disease. “There are two types of inhalers -- Controllers and relievers. Controllers are meant to permanently control the disease. It has to be taken on a regular basis without any gaps. Whereas, relievers are used to give a temporary relief. Many patients opt relievers instead of controllers, which does not help much. Proper treatment and early diagnosis is key,” Dr Sethi explains.

Along with proper treatment, a healthy lifestyle is a must to prevent and control the disease. Regular exercise and yoga along with the treatment also helps in curing the disease. If the disease develops at an early age then the chances of complete relief are more.

The doctor says that onset of the disease can happen anytime. It is a periodic disease and can show symptoms for some time and then can remain suppressed for months or even years. Patients should consult  a doctor if they suffer from periodic coughs , cough during running or laughing or if they have a persistent running nose and sore throat. It often occur during changing weather. So, the symptoms should not be ignored and early treatment should be taken in order to prevent the disease from getting worse.

Not just asthma but every disorder brings with it a bunch of troubles that interfere in leading a normal life. Eating the right food is one such problem that is common for all diseases.  Although there is no particular diet for an asthmatic, but there are certain foods that they are advised against, as these may lead to aggravation or lead to a resurfacing of symptoms like wheezing, coughing and difficulty in breathing.In addition to that, in some exceptional cases, food allergies may act as a trigger for asthma. Food allergy is defined as an over-reaction by the body's immune system to proteins in foods that are usually safe or harmless. The most common symptoms of food allergy are hives, rash, nausea, vomiting, and diarrhoea. The most common foods associated with food allergies are eggs, milk, peanuts, tree nuts (cashews, almonds, filberts), soy, wheat, fish, shellfish, and shrimp.Coming in contact with a food allergen can trigger your immune system to over-react and release a chemical known as histamine. This release of histamine can be responsible for the symptoms of an allergic reaction in an asthma patient, leading to an asthma attack.