‘I love to do challenging roles’

‘I love to do challenging roles’ 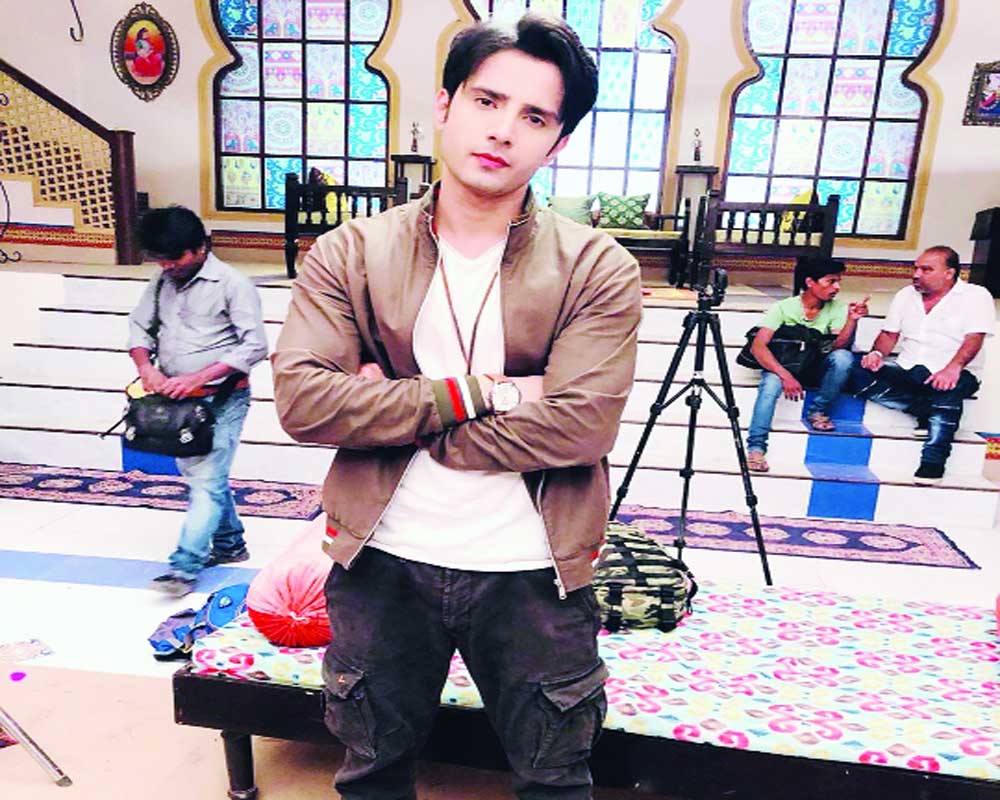 He debuted with Jhalli Anjali and has experimented with different roles. MUSBA HASHMI speaks with ZAAN KHAN about his new show Hamari Bahu Silk and acting journey

I play Naksh Parekh, a 22-year-old photographer. My grandmother wants  me to give up photography and take over the family business of catering services.

I had to work hard to get into the skin of the character. I am a Pathan  and my character is a Gujrati. I had to learn to speak Gujrati and bringing in that accent which was a challenge for me. To get it correct, I spent time with my Gujrati friends so that I could learn the language and get my accent correct. I didn’t want to sound fake. Also, I had to learn photography. I weighed 82 kg when I was offered the role. I had to look like a 22-year-old so I shed 15 kg in one month. It was difficult. A lot of preparations went into it. It was like a learning process for me.

No, I never wanted to get into acting. I wanted to become a singer. I was clueless about acting. But it happened all of a sudden. I was in my third year of engineering and I was going home during the vacations. On my way, I saw a film shooting going — it was for Satyagraha. Ajay Devgn and Amitabh Bachchan were shooting and I was excited to see them. I stopped there for some time. Some of my friends were line producers on the sets. Suddenly, one of them came to me and asked if I was comfortable in standing behind Ajay for a scene. I told them that I have never done acting and they said that all I had to do was was to stand behind him. It went on for 10 minutes and then they offered me to go with them for 10-15 days as they needed those same group of boys for other scenes. I went for it. On my second last day on the sets, I met Prakash Jha sir and they asked me if I was comfortable in reading out dialogues. The positive thing in me is I am confident. I don’t get anxious. Then, he offered me a role — Vicky. This is how I got into acting.

Mumbai has been extra kind to me. I still remember when I first came to Mumbai in 2014. Within two weeks I got my first show as a lead — Jhalli Anjali. It aired on Channel V. I have seen both highs and lows. I got a bit distracted in between my career and lost my focus on acting. But, I managed somehow and started focusing on my work again.

I love challenges. Any role that would challenge me as an actor, I would love to do that. I have played a lot of different roles. From a simple and innocent boy —Dhruv in Jhalli Anjali to a negative one — Kunwar Jeewan Singh in Ek Tha Raja Ek Thi Rani. I love playing different characters. I love to enhance my craft (acting) and as long as I am getting to do it, I would love to play any role.

I love playing football. I love to eat. I read a lot in my free time. I am a family man, I visit my family once a month.

I am concentrating on this show. I am very clear in my mind that till the show is running, I will only focus on it.