‘I love to experiment with roles’

‘I love to experiment with roles’ 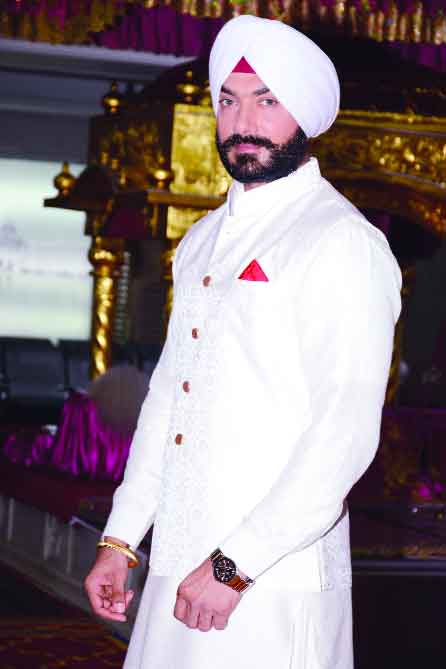 What is your character in Choti Sarrdaarni about?

I play Sarabjit Singh Gill, an Agriculture Minister. He is a single parent to Param. He is discliplined, honest and loving. He is full of positivity and loves taking care of people.

How tough was it to play this role?

It was tough to get into the skin of a politician because I have never played such a character before. But, as for learning Punjabi, wasn’t a task because I am a Punjabi. I am from Chandigarh.

I was offered two shows at that same time. The reason I chose this was because through this role I was getting a chance to wear turban. Also, it was a lead character. There was no reason to turn down the offer because I was waiting for such an offer from a long time.

The concept of the show is strong. It’s about a girl who faces the harsh realities of life and protects her family from  all the hardships that come their way. She is considered as the saviour of the family. This is a good example of women empowerment. The message that the show gives is what I love the most about it.

Which role came close to you?

Sarabjit Singh Gill comes close to me because I am able to relate with the character. My family also loves seeing me wearing a turban and have this look. Though, I like all the characters that I have played, this is the one I love the most.

Why made you choose to be an actor?

I wanted to show my acting skills to the world. Earlier, my passion was dancing. It came naturally to me. I was a part of few dance groups. Then, somehow acting happened. I don’t remember how but it just happened.

Is there anything that you had taken from your previous show — Tu Sooraj, Main Saanjh Piyaji?

Every show is different, every character is different. When you leave a show, you leave the character. You can’t stick to characters that you have played in your career. If  you do that then you can’t play other characters. You have to detach yourself from the shows you have done in the past. This is what we are taught to do during our acting classes.

You have constantly experimented with genres. Has that been a conscious decision?

It’s not always my choice to choose between genres. It’s like when you feel that the story is good and engaging, you just go for it. You can’t say no to something  good that have come your way. Fortunately, I have done everything that fell into my lap. I grab opportunities and try not to play the same kind of character twice. I love to experiment with characters. My first show was Chhal — Sheh Aur Maat.  There, I played Kabir Jaiswal. Then I did Madhubala — Ek Ishq Ek Junoon and played a gangster — Sultan Kundra. Then, in Tu Sooraj, Main Saanjh Piyaji, I played a simple, honest and religious guy — Uma Toshniwal. And, now I am playing a Punjabi guy. I am fortunate enough that I have got to play so many versatile characters.