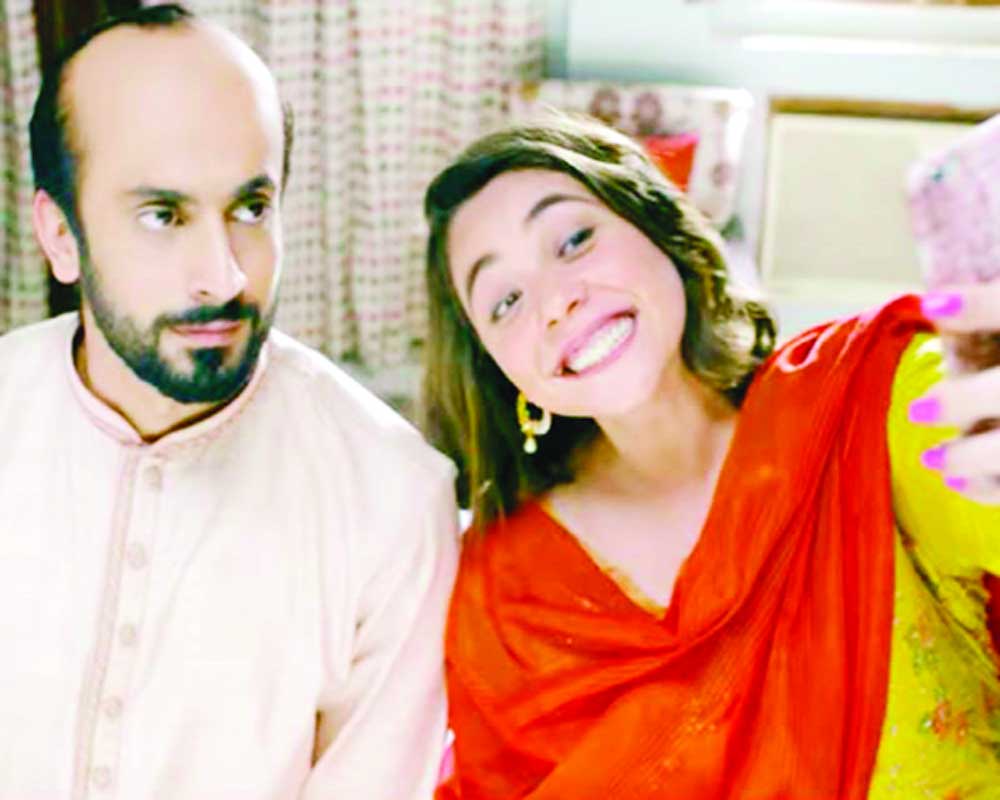 This is the second movie that Bollywood has released this year that talks about baldness. The first was Gone Kesh —  the story of a teenage girl who is an aspiring dancer but is diagnosed with alopecia — that released in March. This is not the end when it comes to hair stories. Next week, Bala starring Ayushmann Khurrana releases.

This is a bit of a hair-raising experience even for those who are facing the brunt of the problem. And here in lies the problem with Udja Chaman.

While the intentions of director Abhishek Pathak may have been on track given the seriousness of the issue especially when it comes to alopecia.

Singh who plays Chaman Kohli  has been part of films like Pyaar Ka Punchnama 2 and Sonu Ke Titu Ki Sweety walks around with morose expesssion throughout the movie. The lacklustre manner in which he ambles along, his condescending attitude and rejection of a girl because she doesn’t fall into his defnition of a conventional — sundar and susheel — with the body like a model and desperation to snag himself a wife is pathetic at best.

One, of course, can’t miss the way college students make fun of their Hindi Professor who has a receeding hairline and bald patch at the back of the head. Does Pathak really think that a student, has the audacity to name call to his face? While we all have been guilty of this crime, it is always behind the back.

The makers must have thought that it would get some laughs but all it manages to do is bore you to death from the word go.

Saurabh Shukla, Grusha Kapoor, Atul Kumar and Gagan Arora try to evoke some laughter but in the end it all falls flat and fails to impress.