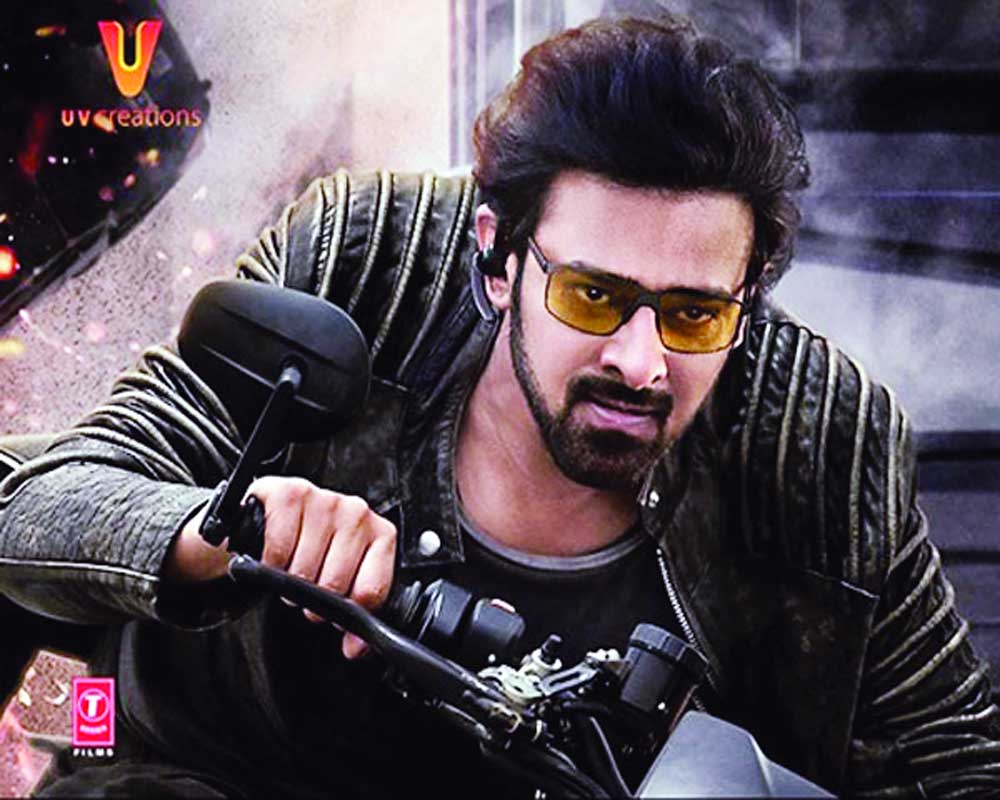 There are a very few movies which will work on just star presence or great stunts and action. After the runaway success of Bahubali series, Prabhas has become a household name and people expect that if he is part of a project, then they are in for a treat. The same applies to his latest venture — Saaho.

Director Sujeeth has definitely cashed in on this aspect. There is no way that the film will disappoint all those who love chases, bullets flying, cars of all sizes flying in the air, punches being thrown with the villain lying on the ground with just one sock to the jaw. It is a page right out of a Mission Impossible series or even Fast and Furious series.

The CGI is great. Creating a fictitious city, Waaji, and weaving a story around it, kudos to the creative team.

One can’t forget the tall, mean and beefy looking men who are out for blood at the drop of a button. In fact, they don’t even need an excuse. They are just trigger happy men. This is where the movie falters.

With the audience wanting more meaningful and content-driven films that has a story to tell, Saaho has nothing new to offer beyond the action and absolutely great stunts that will keep you glued to what comes next. At the end of the day, it is a film about a son avenging his father’s murder.

But not all is lost here. The backdrop is stunning. Shraddha Kapoor does her bit. Though people like Mandira Bedi, Tinnu Anand and Mahesh Manjrekar are wasted here. Of course, Prabhas is nattily dressed, a look different from his Bahubali series.

A movie to see, if you are a Prabhas fan.