This one is slow paced & boring

This one is slow paced & boring 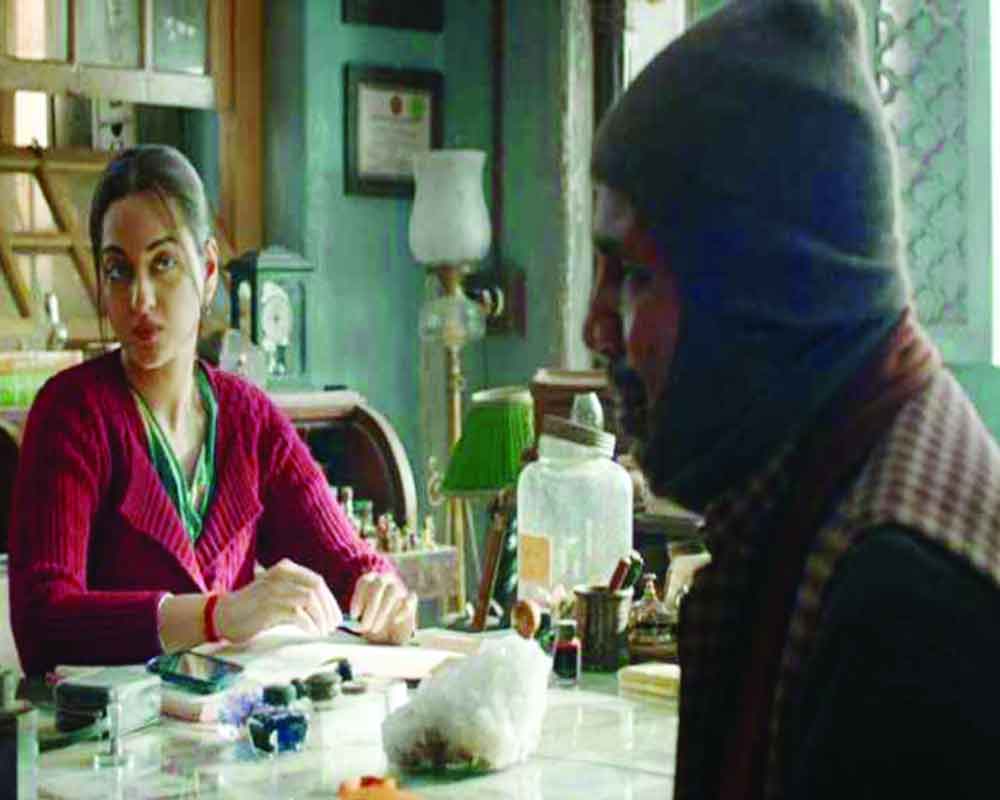 The good is that Bollywood has started making films on subjects that were taboo — sex education being one of them. After Vicky Donor, people too are appreciative of such movies. In this sense, Khandaani Shafakhana touches upon a relevant subject. More so, when statistics says that the incidence of ED increases from about 6 per cent in the age group 20-29 years, to 50-70 per cent in the age group 40-79 years. There are many people out there who balk at the very thought of uttering the word ‘sex’ let alone acknowledge that men face problems when it comes to performance in bed.

The problem with Khandaani Shafakhana is not the subject but the way it has been dealt with. First, Sonakshi Sinha is no Ayushmann Khurrana. Second, an attempt to recreate the magic of Vicky Donor by roping in Annu Kapoor who plays a lawyers fails to recreate that magic. Third, there was no need to reiterate that the shopkeepers around the shafakhana are not happy that a clinic that deals with sex problems is up and running that too by a woman. But, obviously director Shilpi Dasgupta thought otherwise. Why? One is unable to fathom this. Fourth, the film fails to say beyond — baat toh karo. Fifth, it fails to entertain. Finally, there is a lot of melodrama that could have been avoided.

However, not all is lost. Sonkashi Sinha as Baby Bedi manages to emote well. Her expressions fit the situation to a T. It was good to see Nadira Babbar on the silver screen after such a long time even if she spends most of her time feeling sorry for herself.