After IPL triumph, Hardik trains his eyes on World Cup

After IPL triumph, Hardik trains his eyes on World Cup 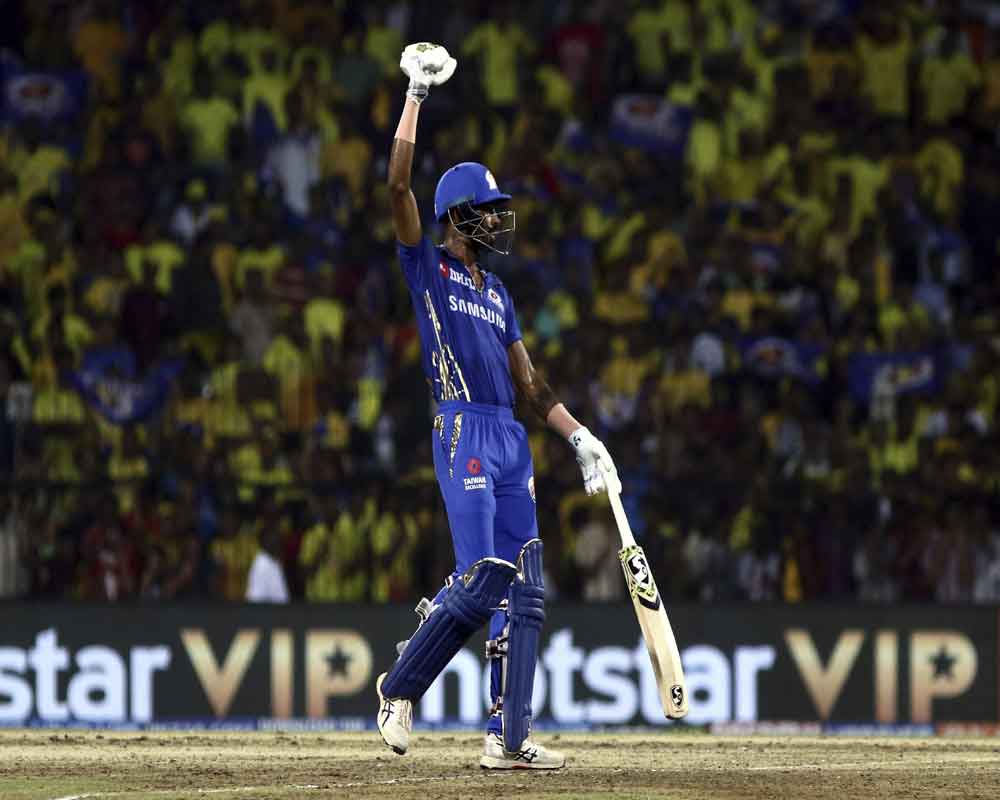 After enjoying an amazing IPL season with Mumbai Indians where he enthralled the crowd with his prototype of 'Helicopter Shot', all-rounder Hardik Pandya has now trained his eyes on World Cup triumph.

Shrugging the off-field controversies, Hardik was in his element scoring 402 runs at a strike-rate of 191 plus and 14 wickets apart from 11 catches.

"I played well this season, but now time to move on. I want to lift that World Cup trophy as well," Hardik said in a flash interview on Star Sports after Mumbai Indians beat CSK by 1 run to lift their fourth trophy.

Hardik and elder brother Krunal were barely into their teens when IPL started in 2008 and it was a dream come true for them to have won the trophy together on two occasions (2017). Hardik has now been a part of three IPL winning teams.

"I used to have Mumbai Indians posters in my room growing up, and to win with them. Amazing."

He was happy that Law of averages didn't catch up with Mumbai Indians, who had defeated CSK thrice in this edition (twice in league stages and then Qualifier 1).

"Lot of people were saying that we had won three times so they would win the fourth. But I told Krunal, no, it's going to be 4-0. I lost a few kgs today, such a tight game it was."

Brother Krunal had a hand with an accurate throw from the deep that got rid of Shane Watson.

For the elder brother, who is now India's T20 specialist, the younger sibling is the source of inspiration.

"He has been unbelievable. I don't need to look elsewhere for inspiration, I have Hardik."