Batting looks good, pace combination will depend on track: Rohit

Batting looks good, pace combination will depend on track: Rohit 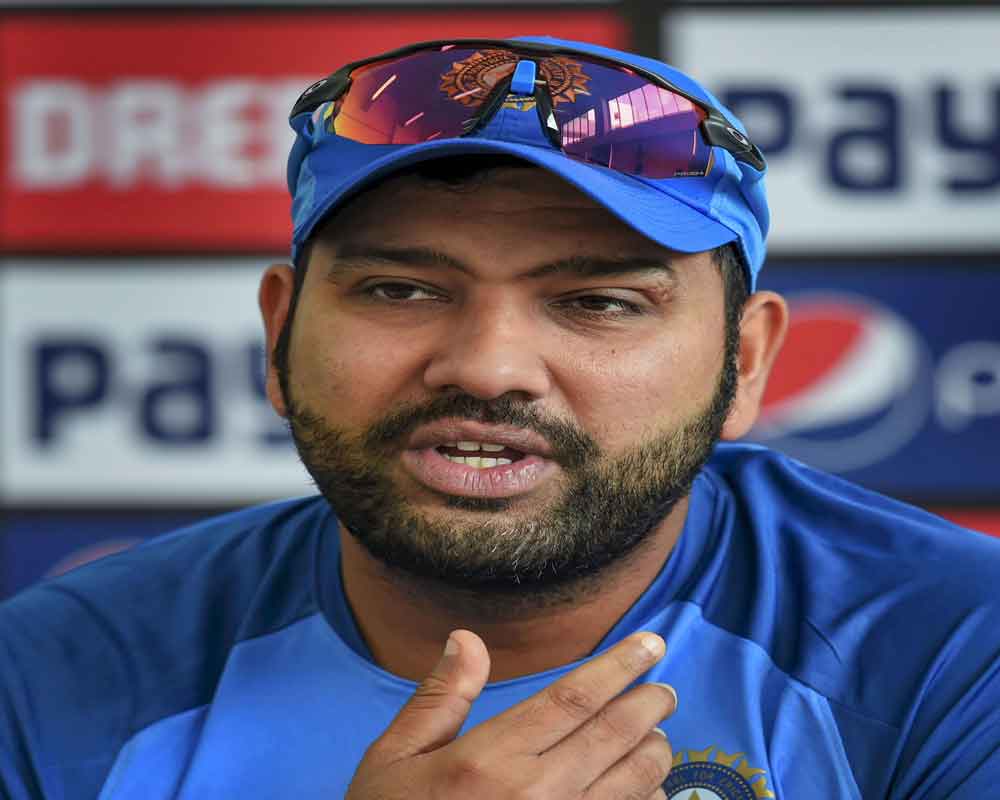 India captain Rohit Sharma hinted at rejigging the pace combination for the second T20 International against Bangladesh on Thursday while defending the batting line-up, in which senior opener Shikhar Dhawan has been struggling for some time.

India had a par-score of 148 on a sluggish Kotla track and it was pacer Khaleel Ahmed, who was hit for four boundaries by Mushfiqur Rahim in the 19th over that changed the complexion of the game.

"Our batting looks good. So I don't think there's any change we need to make in our batting. But we'll analyze the pitch, and based on that we'll see what we can do as a team," Rohit told mediapersons at the pre-match interaction.

While he didn't take names but there is a chance of Shardul Thakur coming in place of Khaleel, whose pace at times is making it easier for the opposition to negotiate at the death overs.

"The (pace-bowling) combination that we played in the last game, it was based on the pitch that was on offer in Delhi. We will see the pitch again today and we will think what we need to do in our bowling line-up," the skipper said.

Rohit is expecting Rajkot track to play better than the one at Kotla.

"The pitch looks good. Rajkot has always been a good track to bat on and it does offer some assistance to the bowlers also. It will be a good pitch. I'm pretty sure it will be better than what you saw in Delhi," he opined.

While strategy is a confidential thing, a change in approach is something that the stand -in skipper expects from his mates.

"I cannot tell you strategy but what I can definitely tell you is that there will be changes in our approach. In the last match (in New Delhi), we played according to the pitch. We were playing as per the ways the pitch was reacting.

"But if the pitch here (at Rajkot) is good, our approach will be different as well in both bowling and batting (departments)."

He then cited the reasons why it was difficult to bat on a Delhi track.

"We have seen the pitch in Delhi was challenging, the ball was gripping and turning. On such kind of wickets, you never know what is a good score. As far as Rajkot pitch is concerned, there is hope that it will play better than Delhi's, and thus our approach will be different," he said.

Asked whether there was pressure on bowlers, Rohit replied,"Pressure is just on the team to perform, as simple as that. Not a particular department. You've lost as a team, you've not lost as a bowling unit. So the focus will be on the team."

The skipper expects a collective performance from his team.

"The batsmen need to get the job done, the bowlers need to come out and take those crucial wickets. That will be the idea. We are not focusing on any individual departments. Because we lost as a team, not as individuals," Rohit said.

For Rohit, it is important that mistakes committed in the last game is not repeated.

"We were short in a lot of departments. It is important to focus on the mistakes we made and make sure those mistakes are not repeated again. That is the sign of a good team, when you don't repeat mistakes," he signed off.