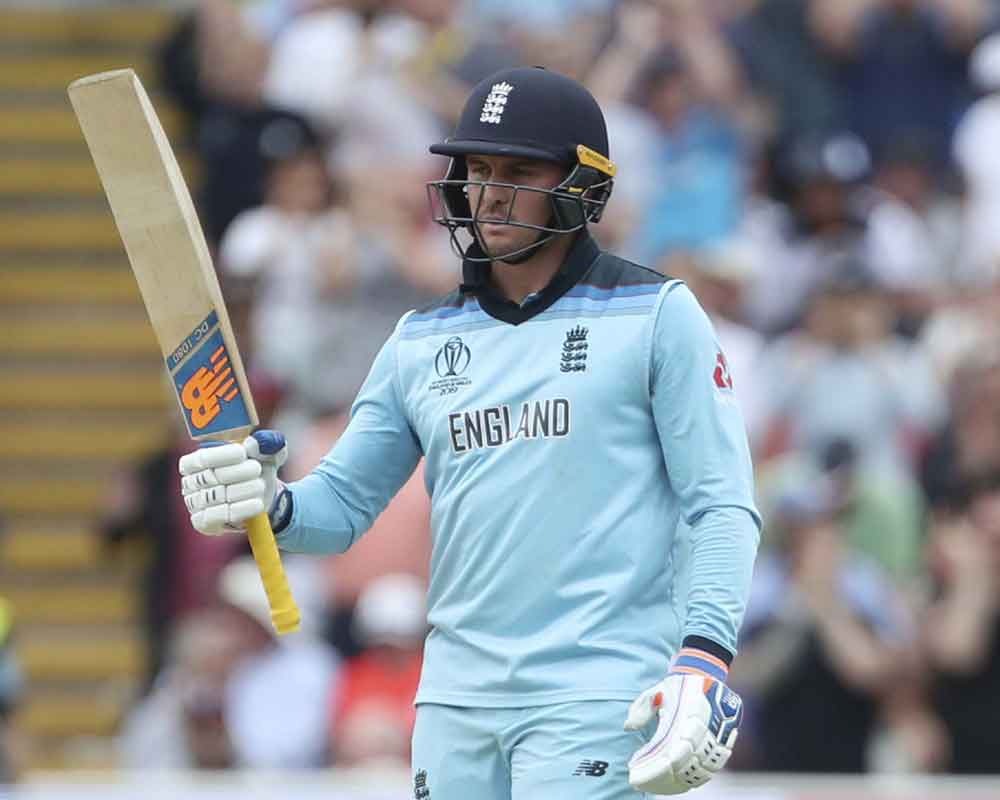 Chasing 224 in a World Cup semifinal was not expected to be a walk in the park but England made it just that with an aggressive approach that has become synonymous with them over the past four years.

Openers Roy (85 off 65) and Jonny Bairstow (34 off 43) shared a 124-run stand, their fourth century stand in a row, to do bulk of the job for their team after the bowlers put up an all-round show to dismiss Australia for 223 despite a valiant effort from Steve Smith (85).

Joe Root (49 not out off 46) and captain Eoin Morgan (45 not out off 39) knocked off the remaining runs to complete a famous win in just 32.1 overs. England, who lost three World Cup finals in 1979, 1987 and 1992, now have a golden opportunity to win the elusive crown with a victory against New Zealand at Lord's on Sunday.

As India experienced in the first semifinal, chasing even a modest target has proved to be tricky in the tournament but England batsmen, especially Roy, made it look easy with their delightful stroke play.

Roy, who was unlucky to be given out caught behind when the replays suggested otherwise, was unstoppable from the word go. He got going with a couple of off-drives before collecting boundaries at will. He was expectedly angry with the umpire's decision and could be penalised ahead of the final.

The early swing that could have troubled the openers was not there, allowing to Roy to go for his shots against the likes of Mitchell Starc and Jason Behrendorff. His entertaining knock comprised nine fours and fives sixes including three off part-timer Smith.

What was remarkable that England did not change their approach after the dismissals of Bairstow and Roy who left England sitting pretty at 147 for two in the 20th over. Steamrolling Australia in a big game is a rare occurrence but the hosts managed to do that. It was Australia's first ever loss in a World Cup semifinal.

Courtesy Smith, Australia got something to bowl at after a fiery opening spell from Chris Woakes (3/20) and Jofra Archer (2/32) had them gasping for breath at 14 for three.

The gutsy right-hander got some help from Alex Carey (46 off 70) and Mitchell Starc (29 off 36) in posting a fighting total. Besides the England pacers, leggie Adil Rashid (3/54) made a significant contribution by taking crucial wickets in the middle overs.

Australia skipper Aaron Finch, who opted to bat, was the first to go after Archer trapped in front of the stumps with a full length ball.

Woakes too was breathing fire from the other end as he got one to jump off a length, surprising the in-form David Warner (9) who ended up edging it to first slip.

Peter Handscomb, playing his first game of the tournament, joined Smith in the middle but lasted only 12 balls. Woakes got another one to nip back in off the seam and Handscomb played all over it to have his stumps rattled.

Smith now had an arduous task of resurrecting the innings and he found support from Carey, who played a brave knock despite being hit on the chin off a sharp Archer bouncer. Such was the impact of the blow that his helmet flew off and blood started dripping from his chin, so much so that he had to apply bandage around his face.

But Carey carried on and forged a valuable 103-run stand with Smith.

With their partnership going strong, it seemed Australia were out of the woods but Rashid ensured England were back on top with a double strike that saw the back of Carey and Marcus Stoinis.

With Glenn Maxwell (22) and Pat Cummins too departing early, a stranded Smith got much needed help from Mitchell Starc (29 off 36) as the duo shared a 51-run stand to push the total past 200.