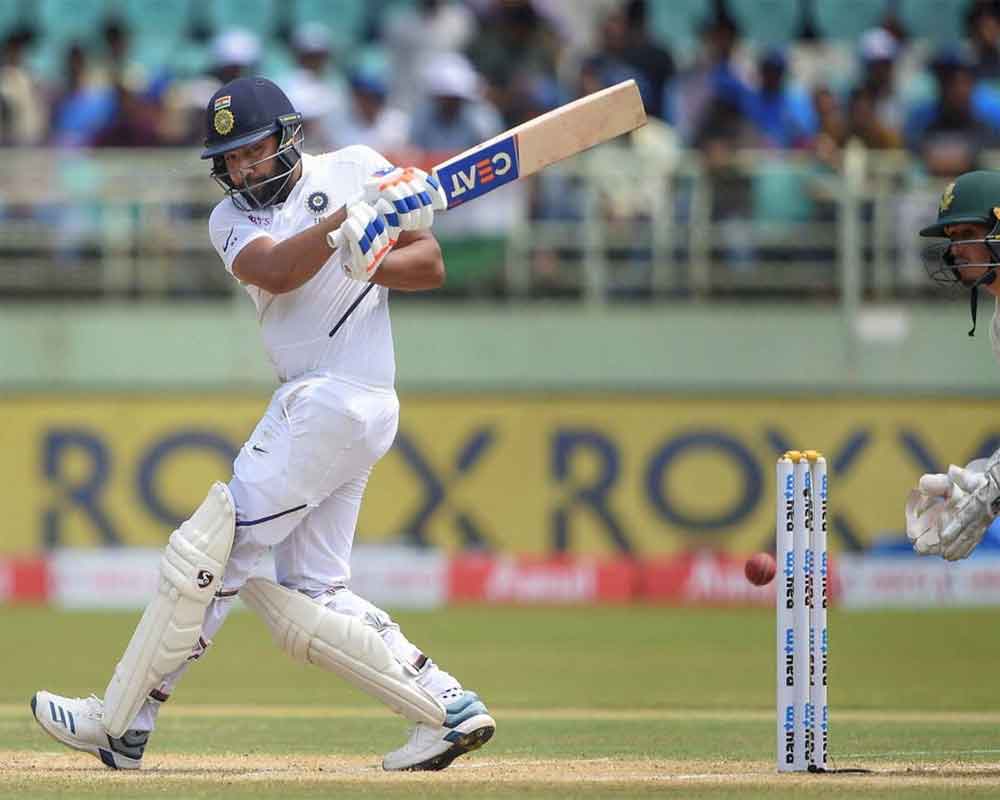 Indian settled for a 71-run first innings lead after the last two South African wickets added 55 crucial runs to end their innings at 431 all out on fourth day morning of the first Test here on Saturday.

South Africa, resuming the day at 385 for eight, batted for 13.2 overs in the morning and scored valuable 46 runs, courtesy debutant Senuran Muthusamy, who remained unbeaten on 33 off 106, and Kagiso Rabada, who hit three welcome boundaries in his 15-run cameo.

India batted for close to an hour in the morning session and were 35 for one at lunch in 14 overs.

The odd ball may be turning sharply and keeping low but the pitch still remains a good one for batting.

India will have to score at a brisk rate to post a secured target for South Africa and give enough time to their bowlers to bowl out the opposition on day five.

The hosts would have been better placed if they did not allow South African tail to get some handy runs in the first hour of play.

The 10th wicket stand between Muthusamy and Rabada fetched 35 runs.

Ravichandran Ashwin (7/145), who picked up his 27th five-wicket haul on Friday, added two more to his tally to end the innings with 349 Test scalps.

Maharaj (9 off 31) was caught in the deep after he tried to hit Ashwin out of the park. The last man to be dismissed was Rabada, who missed a slider from Ashwin to be adjudged leg before wicket.