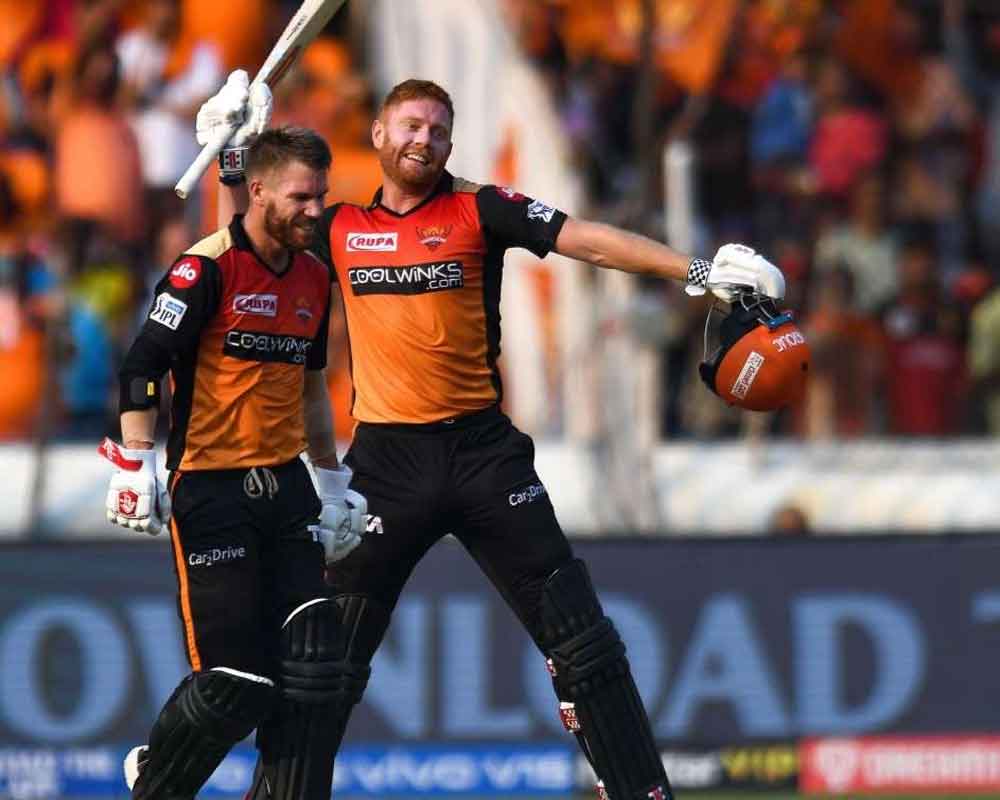 Bairstow's 128 off 93 balls powered World Cup hosts England to a dominant six-wicket win over Pakistan in the third one-day international on Tuesday, helping them go 2-0 up in a five-match series with two to play.

The 29-year-old Yorkshireman carried on his recent form from the lucrative Tty20 IPL where he scored 445 runs in 10 games at an average of 55.62 for the Sunrisers Hyderabad.

"You're able to learn different things from different coaches and different players," Bairstow, who opened the batting for the Sunrisers with Warner, told reporters after the game here.

"It's just little things like game plans. He (Warner) hits in completely different areas to potentially myself. I guess it's method more than anything else. But learning from them, as well as the guys here, that can only be a good thing playing under pressure with expectation," said Bairstow.

Bairstow was miffed after losing his wicket to Junaid Khan, with the batsman hitting out at his stumps.

"I was cross because you want to see that through," Bairstow said after England had made light of a target of 359 with their second-highest successful ODI run chase to win with 31 balls to spare.

"That's where we're at as a group of players at the moment, having competition to go and get the 150s and 160s and beyond.

"We are backing ourselves and competition is healthy all the way through. That's a good place to be and I was cross about it," he said.