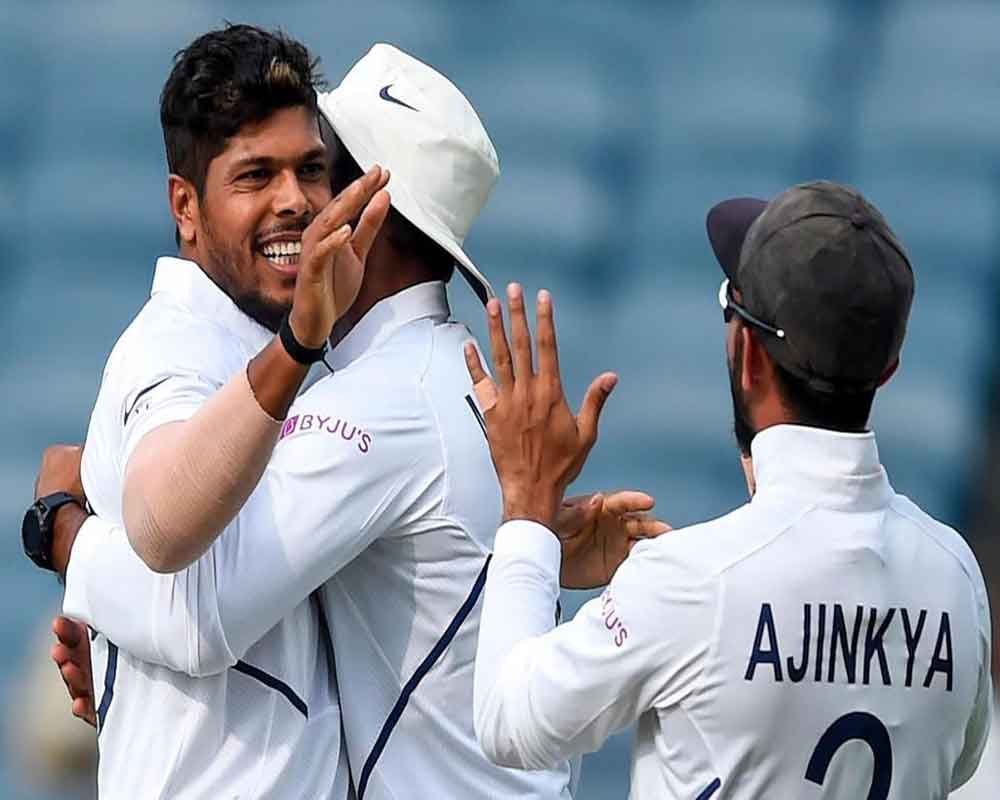 Yadav finished with match figures of 8/81, which included a five-wicket haul in the second innings, to set up India's innings and 46-run win in their first ever day-night Test against Bangladesh on Sunday.

"My grip was different earlier so one or two balls would swing while a couple of them would either get deflected from the legs or run down the leg side for boundaries as byes. So it was difficult to control with this grip.

"So I spoke to my coaches and also while discussing within ourselves, I felt when I hold the ball properly, I have more control and chances of moving the ball. So my outswinger became consistent and I could also throw in a few inswingers after making that change."

"I created angles in my bowling on the basis of my wrist position. If I come round the wicket to the left-hander, it would be more difficult for the batsman," Ishant said.

"Before that, I used to bowl but I couldn't get the edge because it would land on the off stump and would go out. Now, I bowl at the stumps, so it becomes difficult for the batsman."