Vihari dedicates maiden ton to late father, thanks Ishant for helping him keep his word

Vihari dedicates maiden ton to late father, thanks Ishant for helping him keep his word 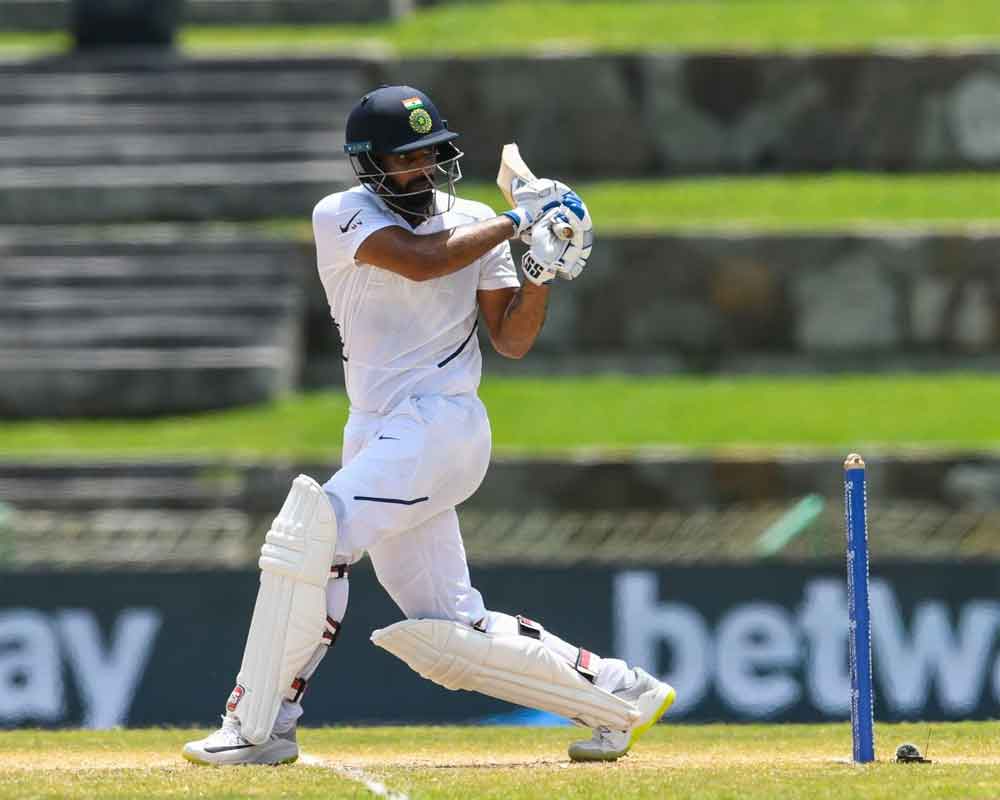 India's Hanuma Vihari dedicated his maiden Test ton to his late father, keeping a promise he made to himself right after he lost one of his favourites 13 years ago.

Apart from remembering his father, Vihari thanked bowler Ishant Sharma for batting, at times, better than the recognised batsman at the other end during their partnership in the second Test against West Indies.

The unassuming Vihari felt Ishant helped him keep his word.

"Actually, my dad passed away when I was 12 so ever since, I have decided that when I play international cricket I want to dedicate my first hundred to him," Vihari said after his career-best 111.

The 25-year-old added, "Today is an emotional day and I hope he is proud wherever he is and I'm really happy that I achieved that."

Together with Ishant (57 off 80 balls), who scored his maiden fifty, Vihari shared 112 runs off 28.3 overs for the eighth wicket to frustrate the West Indies for a long time.

"Happy that I got a century and credit should go to Ishant. He looked more like a batsman today than me. The way he was going, we kept discussing what the bowler was doing and his experience really helped."

Vihari is gradually emerging as a reliable man for crisis situations in Test cricket.

"When I was batting overnight on 42, I did not sleep really well as my thoughts were obviously running on how to get a big score today. I'm really happy that I could get my first hundred, especially on those conditions. It gives me a lot of satisfaction," Vihari said.

After Ishant's dismissal, India's innings folded for 416, with Holder dismissing Vihari for his fifth wicket of the innings.

"I was batting at 84 during lunchtime, then it took me hard to get to the nineties. We have to give credit to the bowlers as well. Even though we scored 416 runs that do not show the way they bowled," Vihari said.

"I knew they would come hard in the first session because that's their best chance to get us out early. They did get a wicket early as Rishabh getting out on the first ball.

"I just wanted to bat patiently and wait for the balls which are in my area."

He praised pacer Jasprit Bumrah after he became only the third Indian to claim a Test hat-trick, and effort that left the West Indies tottering at 87 for seven in their first innings.

"We bowled brilliantly, to be honest. The way Bumrah and all the other bowlers bowled, we stuck to our guns.

"Tomorrow we don't know what the game plan is. So, the first thing will be to get them out as soon as possible. Then the management will decide whether we bat or bowl," Vihari said.