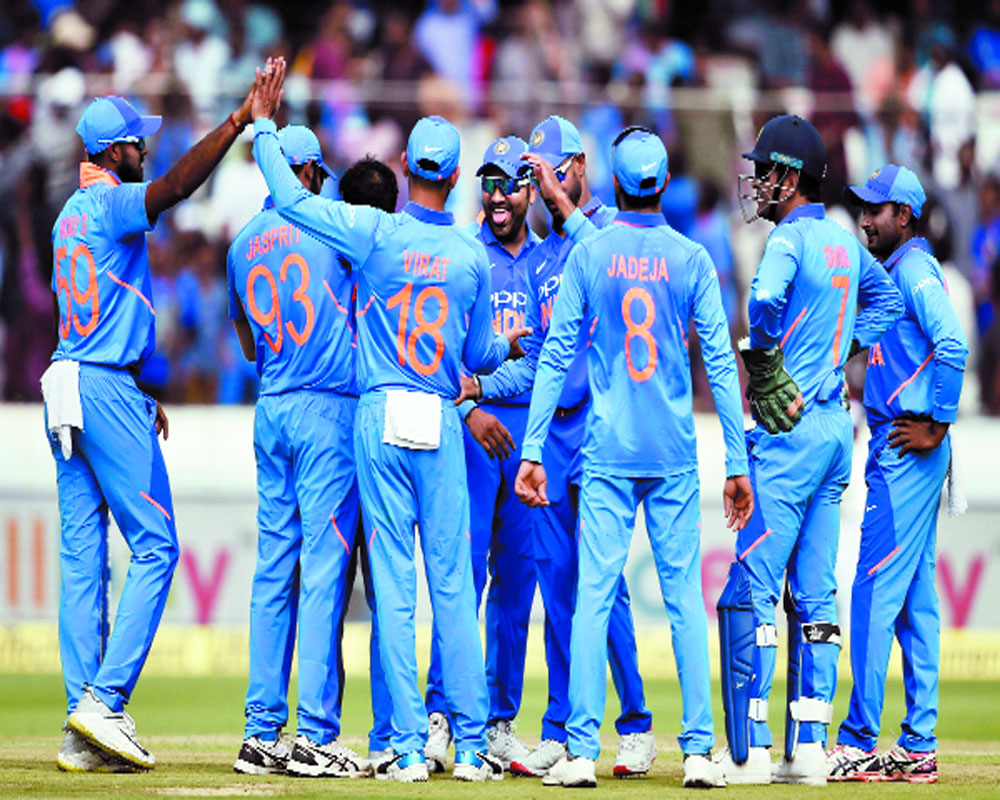 Auditions for the World Cup hopefuls will continue but India will also be aiming to produce another complete performance against Australia in the second ODI on Tuesday.

The Virat-Kohli led team ticked all the boxes to thrash Australia by six wickets in the series opener on Saturday. It was a welcome win for India after losing the T20 series 0-2.

With only four ODIs remaining before the World Cup, the hosts will look to finalise the "two available spots" in an otherwise settled squad for the all important tournament.

Opener Shikhar Dhawan failed in Hyderabad but he is likely to get another game as chances of K L Rahul coming in for him appear bleak. However, if given a chance Rahul will be more than willing to make optimum use of.

Vice-captain Rohit Sharma can take any attack to cleaners on his day and the Aussies would be wary of him and skipper Virat Kohli, who scored 44 on Saturday night.

Both Rohit and Kohli are always hungry for runs and if the duo fires in unison at the VCA stadium, then the visitors are in for a hard time.

Ambati Rayudu failed in the first game but knowing his abilities and the backing he has from the team management, his place in the playing eleven is not in danger.

Pint-sized Maharashtra batsman Kedar Jadhav, who steered the team home with an unbeaten 81 on Saturday, has more or less sealed the number six position. He is also useful with his right-arm off-breaks, making him more valuable to the side.

On Saturday, it would have been pleasing for coach Ravi Shastri to see that 37-year-old Mahendra Singh Dhoni hitting form.

His unbeaten 59 proved that his finishing skills are not on the wane. Dhoni and Jadhav now form a vital cog in India's middle order, especially when the top order fails.

Dhoni has been in prime of late form and every good outing will only boost his confidence ahead of the World Cup.

The Indian team could bring in the young Rishabh Pant in place of all-rounder Vijay Shankar, who had an off day with the ball on Saturday.

India's bowling, spearheaded by death-overs specialist Jasprit Bumrah, has been impeccable and it reflected in the first ODI, when he made Aussies dance to his tunes. Along with the Gujarat pacer, Mohammed Shami is proving to be a lethal weapon in Kohli's armoury.

Chinaman Kuldeep Yadav (2-46 in the first ODI) has been leading the spin attack and is effective in the middle overs. But, it will be interesting to see if Ravindra Jadeja, who remained wicketless in his miserly effort,  gets another chance or Yuzvendra Chahal comes back to the playing XI.

Australia, on the other hand, will need to pull one back to ensure that the hosts do not double their advantage early in the series.

For their coach Justin Langer, out of form skipper Aaron Finch would be a definite concern.

Finch, who had scores of 0 and 8 in the preceding T20 series, continued his bad run in the first ODI. The 32-year old would hope for change of fortunes and get some runs under his belt on Tuesday.

Other batsmen like opener Usman Khawaja, the flamboyant Glenn Maxwell, all-rounder Marcus Stonis, threw their wickets away after getting their eye in and would be aiming for bigger scores.

The likes of young Peter Handscomb and wicket-keeper Alex Carey too would be keen to play their part.

On the bowling front, leg-spinner Adam Zampa troubled the Indian batsmen and will be key for the visitors. But he needs adequate support upfront from pacers Pat Cummins and Nathan Counter-Nile.

Australia could try Andrew Tye, who regularly plays in the IPL, ahead of Jason Behrendoff.