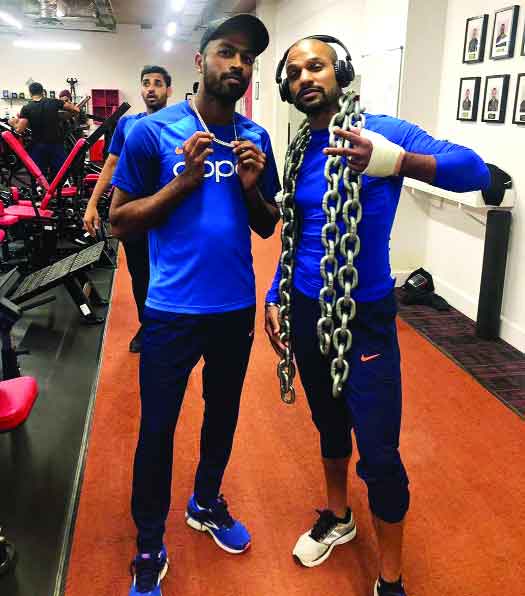 Cricket icon Sachin Tendulkar wants Indian batsmen to throw caution to the wind and bat aggressively against Pakistan's in-form pace trump card Mohammad Amir in the marquee clash on Sunday. "I wouldn't go in with a negative mindset of playing dot balls against him. If you get an opportunity, I would encourage India to play their shots and stay positive," Tendulkar told 'India Today'. "It's not about survival but rather going out there and even defend positively. No need to do anything different. We need to be aggressive in all departments. The body language is important - the bowler knows that you're in control if you defend confidently," he added. Tendulkar feels Pakistan will be targetting Virat Kohli and Rohit Sharma on Sunday. "Rohit and Virat are the two more experienced players in the lineup and Pakistan would be focusing on getting them early without any doubt as that opens the game for them," he said. "Amir and Wahab Riaz will definitely target their wickets early on. But Rohit and Virat should also be looking to play long innings. The plan should be that the rest of the guys play around them," he added.

Injured Indian batsman Shikhar Dhawan has hit the gym as he races against time to recover from a hairline fracture that has put him out of three World Cup matches. With a heavily bandaged left hand, Dhawan was seen doing lower body exercises in a short video posted by him on his Twitter page. "You can make these situations your nightmare or use it an opportunity to bounce back. Thank you for all the recovery messages from everyone," was the accompanying message from the star batsman.

One thing synonymous with every India-Pakistan cricket match is the emotions attached to it. Not just among players, but also fans are high on adrenaline. There is always a great level of excitement and anticipation and even in the ongoing World Cup, there's already enough hype for the mother of all clashes. Such is the craze among the fans that they are willing to pay any amount of money to witness what is expected to be a high-octane encounter. The tickets for the clash which will take place at the Old Trafford Stadium were sold out within hours of the ticket window opening. And now, those who have bought the tickets are earning more by re-selling them. A website, Viagogo, is now buying tickets from the fans and is reselling them for prices ranging from approximately Rs  20,000 to Rs  60,000. According to the website, 480 people have asked them to resell their tickets which the website is now providing to those who want it. The highest ticket price is available in the Platinum category for Rs  62,610 while the lowest is that in the Bronze category for Rs  20,171. The website has put up a map of the stadium wherein they have listed the services available in the stands for which the prices are mentioned.