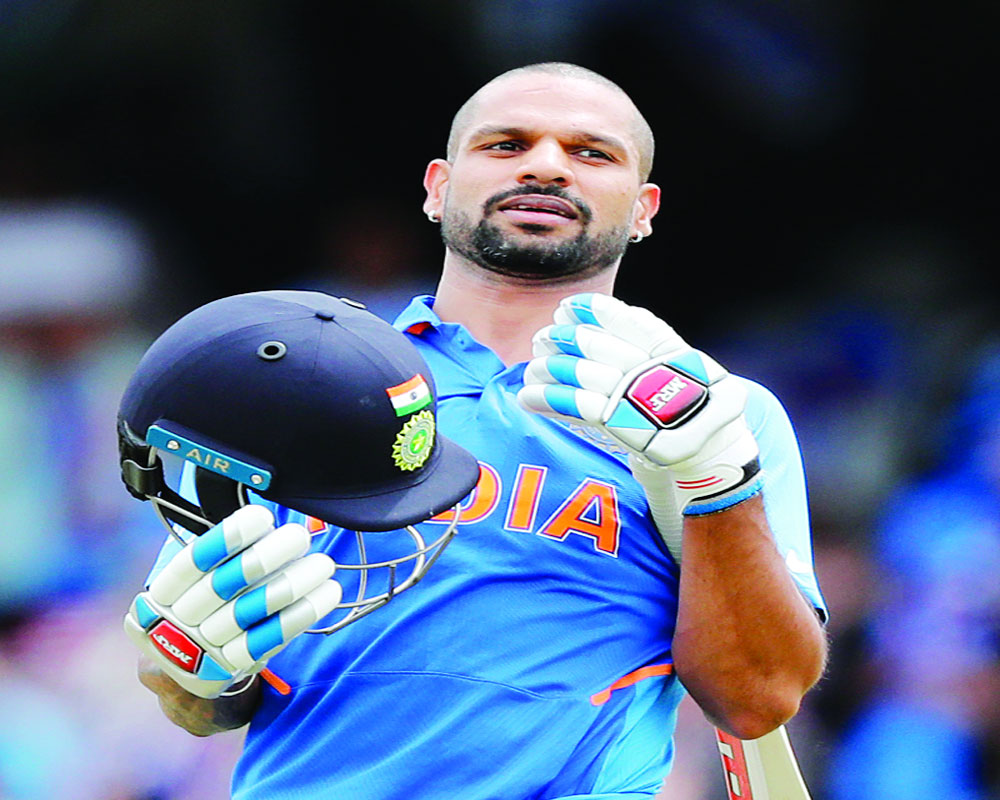 Dhawan down but out only for 3 matches, team decides to wait and watch recovery

India's World Cup campaign against New Zealand, Pakistan and Afghanistan suffered a blow on Tuesday after opener Shikhar Dhawan was officially ruled out of at least three World Cup matches due to a hairline fracture he sustained on his left hand during India's match against Australia on Sunday.

The good news, however, is that he is likely to recover before the business end of the tournament and thus the team management has so far not sought any replacement.

"Team India opening batsman Shikhar Dhawan is presently under the observation of the BCCI medical team. The team management has decided that Dhawan will continue to be in England and his progress will be monitored," media manager Moulin Parikh posted on the official WhatsApp group.

While earlier it was reported that Dhawan had suffered a thumb fracture, the statement clarified that "Dhawan sustained an injury on the back of his left hand in the region between the index finger and thumb during the CWC 2019 league match against Australia".

The left-hander along with physio Patrick Farhart, went to Leeds for consultation with specialists earlier on Tuesday.

"As of now, no replacement is being sought. The team management believes that Shikhar is a match winner and should be given every chance to get fit. In fact, his treatment and recovery can happen faster here and team expects him to be back in action," a senior BCCI official, currently in the UK, told PTI.

Dhawan will miss the game against New Zealand on Thursday and the marquee clash against Pakistan on Sunday. It remains to be seen if he regains fitness for the match against Afghanistan of June 22 but the team is expecting that he will be fully fit before for the semi-final where the team is headed to. Since India play Afghanistan on June 22 in Southampton, which is six days after the Pakistan game in Manchester on June 16, Dhawan will get at least 11 days to recover. Even if Dhawan misses the Afghanistan game, the next match against West Indies in Manchester, which is on June 27, gives him another six days to recover.

The team management is thinking about taking a chance that will allow him to recover for the last three league games against England on June 30, against Bangladesh on July 2 and Sri Lanka on July 6 before gearing for a semi-final.

The team has KL Rahul, a specialist opener who can join Rohit Sharma as opener. One among Vijay Shankar or Dinesh Karthik will then come in the middle-order for the next two games.