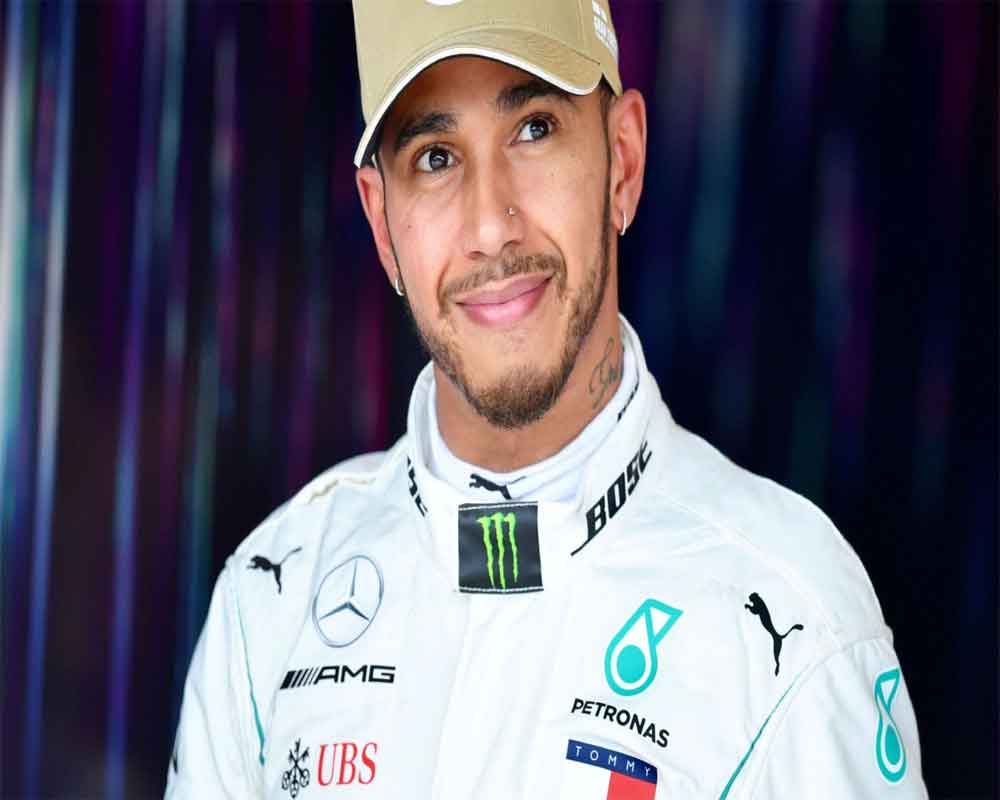 Lewis Hamilton may not be able to clinch a sixth world championship at the typhoon-threatened Japanese Grand Prix this weekend, but knows he can knock all but teammate Valtteri Bottas out of the title race.

There are only 104 points to be won after Japan and a victory for Hamilton to follow his triumph in Russia will leave only Finland's Bottas able to pass the Englishman.

However, a wild weekend of weather is promised at Suzuka which could mean disrupted practice, chaotic qualifying and a wet race punctuated by safety cars.

"The Honshu main islands will see heavy rains from as early as Friday, and the peak of the bad weather will be on Saturday and Sunday," Japan Meteorological Agency official Yoshinori Muira told AFP.

French driver Jules Bianchi crashed in the 2014 Japanese Grand Prix after a typhoon brought wet conditions and reduced visibility to the Suzuka circuit.

He died of his injuries the following year, becoming the first and only driver killed as a result of a Formula One racing accident since 1994.

Ferrari's resurgence since the summer break rattled Mercedes and Hamilton as the Italian marque sped to a hat-trick of grands prix wins.

But the Maranello outfit's failure to turn Charles Leclerc's pole position into another win at Sochi gave Mercedes a surprise one-two.

It also handed Hamilton a 107-point advantage over the Monegasque with Red Bull's Max Verstappen a further three adrift.

Sebastian Vettel is all but out of the hunt, 128 points behind the Englishman.

Hamilton knows a solid result will put him in pole position to wrap up the title in Mexico on October 27, but he insists he is not yet dreaming of his sixth title -- a total matched only by Michael Schumacher.

"I just don't try to think about it," Hamilton said after winning in Russia, aware of Ferrari's performance edge.

"It's getting harder and harder as the season goes on.

"Of course the races are counting down but we are just trying to take things one race at a time, put one foot in front of the other and not stumble." - 'Suzuka is incredible' -

Rain or shine, Suzuka has the ingredients to be a classic -- a rejuvenated Red Bull team pressing the top two, plus a circuit renowned for exciting racing with sweeping bends and dramatic elevation changes.

"It's going to be awesome," said Hamilton of the race which will draw fans in huge number despite being staged during a Rugby World Cup which has captivated Japan.

"Suzuka is incredible, it's one of the most exciting parts of the year and now so more than ever before because you've got three solid, incredibly fast teams pushing each other."

Leclerc was denied a potential third win of his rookie season in Russia because of the team's botched tactics but sees Japan as another great chance.

"We've been quick in Singapore, we've been quick in Monza and both of them are the complete opposites so there are no reasons for us to be slow in Japan. But it doesn't mean that we will have an easy life," said Leclerc.

"I've only been to Suzuka once but it's a track I loved. It was just a really great experience, so I'm really looking forward to going back."

The Silver Arrows' unexpected one-two in Sochi means Mercedes can seal a record-equalling sixth successive constructors' championship this weekend if they manage to increase their lead over Ferrari by 14 points or more.