‘I had lots of masti’

‘I had lots of masti’ 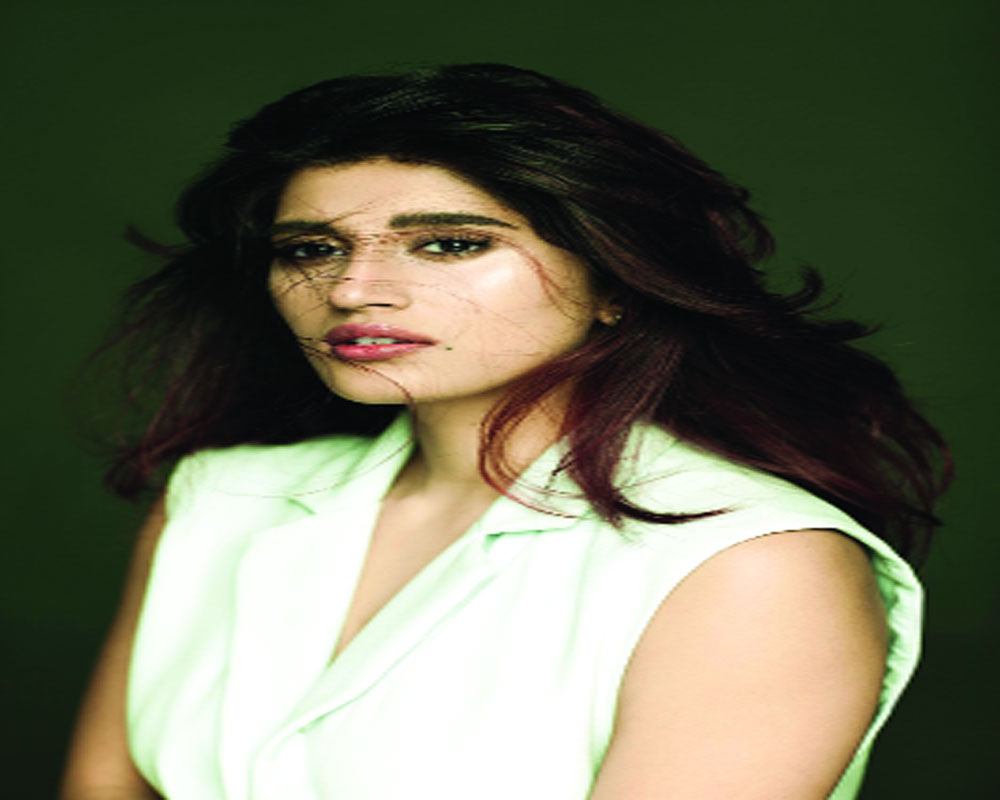 Akasa Singh, who has sung Aithey Aa in Bharat, speaks with SHALINI SAKSENA about how much fun she had singing this song and being part of an all male-band

The song from Bharat is a peppy number. How much fun did you have?

The reason why I was given this song, I was told it would suit my voice and personality. We had a blast and was so much fun but to begin with, I was a bit nervous because I was dubbing it. I was not sure how I would fare at it but the team made me so comfortable. Then all the masti you hear in the song is what I went through.

What made you say yes to it?

There was no my saying yes or no. When Vishal-Shekhar approached me, I was grateful that I had the opportunity to sing for them. They told me that they had a song that was just up my alley. When I heard it, I understood what they meant. It was whether they will like it.

Did you always want to be a singer?

I belong to a family of artists, my father and mother are artists. I always knew I wanted to sing or be on the stage from an early age. But it didn’t start with singing but with acting. But slowly, I got an opportunity to be part of Mika’s band and that is how I started singing.

How was the experience of being with a 10-member male band?

Mikaji used to say that not only am I the only girl but all the other band members were at least 9-10 years older to me. I was the little kid who had come in. But over time, I went to these leadership school groups and used them to my advantage. My friend was in college having fun, but I was travelling, not sleepping and working all the time. But I was exposed to big stages and huge international audiences from all over the world. I was lucky; it was very hectic, intimidating but an enriching experience.

You mentioned that you got the Bharat song because you have a certain kind of voice. Does it get in the way of getting work?

I like to believe that now, it doesn’t happen. There are digital platfrom where I can do my kind of work and put it up. Today, if I don’t get a roamntic song, I will make an effort to make a cover song to a romantic heart-break song so that people know that I can do more than just peppy-dance numbers. Music directors do their research well and can call me if a different genre too.

Your indie song Thug Ranjha got 27 million plus views. What made the song go viral?

If I knew why it went viral, I would only make such songs. Sometimes you hear a song that goes viral and you wonder what the song has. There is no sure shot recipe to get these kind of numbers. The song was close to my heart. It was a song about a girl who talks about how happy she is because got rid of this guy who messed with her and broke her heart. People appreciated the song — more girls than boys. It was a fun girl number, maybe that made it go viral.

What about your duet with Ricky Martin?

That happened because I had got signed on with Sony Music two years back. Ricky Martin was part of Sony Music, International and was doing a song with them. They were looking with an Indian voice. My team from here sent my vocals. The team there liked it and it happened so fast. I collaborated with them for which I lent my Hindi voice for the song. Unfortunately, I didn’t get to meet him but was in touch electronically.