‘Suppression of truth is suggestion of falsehood’

‘Suppression of truth is suggestion of falsehood’ 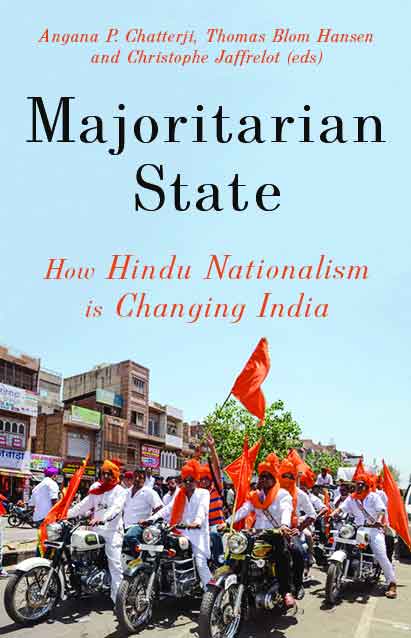 In Mahabharata, the great Indian epic, there is an incident featuring Kichaka, the commander-in-chief of Matsya, the country ruled by King Virata. Kichaka was very powerful and is believed to have single-handedly saved Matsya from many enemies. It was in Matsya that the Pandavas and Draupadi were destined to stay incognito as part of their exile from Hastinapur, as per the directives of their cousins, the Kauravas. If the brothers were identified by someone, they would have had to undergo the period of exile again from the beginning.

Kichaka had a liking for Draupadi, who had disguised herself as an aide to the princess of Matsya. When he started tormenting her frequently, Draupadi complained to her husband Bhima, who was working in Virata’s palace as a cook. Bhima advised her to invite Kichaka to her chamber at night. So the next time Kichaka tried to impose himself on her, she requested him to visit her in her chamber during night. When Kichaka arrived for the rendezvous, it was the powerful Bhima who welcomed him and the ensuing wrestling saw the strong commander of Virata ending up as a mass of flesh.

The next day, the inmates of the palace were bewildered and shocked by the news of Kichaka’s sudden death. Kunchan Nambiar — a Malayalam poet and a proponent of Ottamthullal, a performing art of Kerala — believed to have said in one of his lyrical compositions that if the deceased was indeed Kichaka, then there was no doubt that he was killed by Bhima.

Some of the topical issues bring to mind the proverb about Kichaka’s death, as composed by Nambiar. For each and every happening in the country, our liberal-secular-socialist-democratic-internationalists have one person to blame: Narendra Modi. Modi and the Hindus are responsible for all unpleasant events across India, claims the intelligentsia brigade. According to them, all misfortunes that struck the country are because of Modi, the RSS, and the Hindus. India is becoming illiberal and undemocratic because of Modi and the Hindu elements in the country, they argue.

“The shrinking space for intellectual freedom and the threat to civil liberties have been key concerns since the BJP won an absolute majority in Lok Sabha in 2014. However, since coming to power, the BJP has not passed any significant new legislation that curtails liberal freedoms. The actions by the Modi Government have relied on applying the rather voluminous body of existing legislation and police protocols, that can limit free speech, assembly, movement and funding of those deemed to be ‘anti-national’ or otherwise a threat to public order and safety. Some of this legislation has colonial roots but most of it came into being as elements of the extensive security state that successive Congress regimes have built since the 1960s in the name of protecting national unity and sovereignty,” writes Thomas Blom Hansen, a Danish anthropologist in the opening chapter of Majoritarian State: How Hindu Nationalism Is Changing India.

Majoritarian State is a collection of essays/studies by 20 Left-wing intellectuals for whom Narendra Modi, the BJP, the RSS, and the Hindus are the root cause of all issues eating up the Indian society. The strategy is clear in the opening article, ‘Democracy Against The Law’ by Hansen, who writes: “Violence is indeed a foundational element of Hindutva — as ideology and as political action. Hindu nationalists have amplified and systematised a longer-standing trend towards accepting public anger and collective violence as legitimate means of political expression in exercising political power.” Hansen may not be aware of the Supreme Court verdict that the terms ‘Hindu’ and ‘Hindutva’ are one and the same. He is apprehensive of the future of Indian democracy: “India’s democracy indeed is deepening but also turning less liberal, more antagonistic, and more violent.”

Speaking in the Constituent Assembly, Ambedkar challenged the proposal by KT Shah, another member of the Assembly, who demanded that the term ‘secular’ be incorporated in the Indian Constitution. “The Constitution is merely a mechanism for the purpose of regulating the work of the various organs of the state. It is not a mechanism whereby particular members or particular parties are installed in office. What should be the policy of the state, how society should be organised in its social and economic side are matters which must be decided by the people themselves according to time and circumstances. It cannot be laid down in the Constitution itself, because that is destroying democracy altogether,” Ambedkar had told the Assembly.

Too much Hindu bashing seems to have diminished the utility of this book. Hansen is also critical of the Armed Forces (Special Powers) Act as well as the Terrorist and Disruptive Activities (Prevention) Act (TADA). It would have been wise if the writer had tried to understand the helplessness of the 25 lakh Kashmiri Pundits who are staying as refugees in their own country, having been driven away from Kashmir by the militants working overtime to cleanse the land of Indian kafirs.

What has happened in India is that the national narrative has been hijacked by the Left-extremists and Marxists, who often lambast the majority community in the country. Had they listened to the speech by former Defence Minister AK Antony at the Kerala Press Academy in Kochi, these intellectuals would have thought twice before writing this treatise. “The minority communities in India, especially the Christians  and Muslims, owe it to the magnanimity of the Hindus who showed great understanding and cooperation in accepting them to this Hindu land. As a token of reservation, it is our duty and responsibility to ensure the safety and happiness of the majority community,” Antony said while delivering the Mathai Manjooran Memorial Speech.

It was in February this year that Islamic extremists chopped off the hand and leg of Ramalingam, a Dalit youth in Thanjavur district of Tamil Nadu, for questioning the massive proselytisation drive in his village by Islamic preachers. He died on the spot. Similarly, TD Joseph, a Malayalam professor in Muvattupuzha, Kerala, had his hand chopped off by Islamic terrorists on charges of blasphemy. The authors should not feel upset over these comments about their vast research and study about Modi and Hinduism. What has happened is that Hindus have started reacting to such “research articles”, which are made as part of the ‘Breaking India mission’.

Hansen questions the legal action initiated against a Muslim corporator in Aurangabad for not singing Vande Mataram, the National Song. Sir, can you imagine what would have happened to the corporator had he shown the same disrespect to the National Song of Saudi Arabia or for that matter any West or East Asian country? Nationalism is not such a bad word, Sir. Majoritarian State is an ideal selection for the reference section of our academic libraries as a guidance material for young scholars on suppressio veri, suggestio falsi — ‘the suppression of truth is the suggestion of falsehood’.

The views expressed are the reviewer’s own