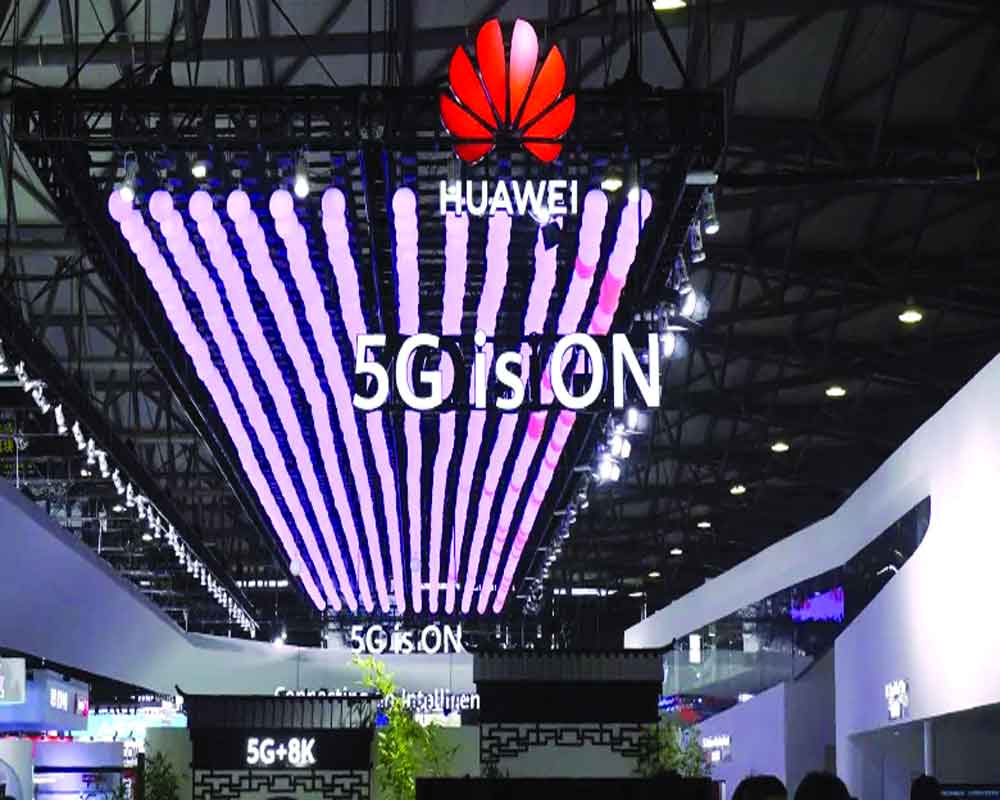 India is among the world’s fastest-growing economy, and 5G technology is destined to take it to a new zenith, with improvement in culture of innovation, mode of transportation and standard of living. The 5G services will provide an opportunity to connect India with ‘Industry 4.0’

The telecom sector has emerged as a new domain where countries are competing with each other to show their technological prowess, especially the USA and China. In this new drift, 5th generation mobile technology (5G) has become the pivot.

However, this has the flip side. Although the high-speed 5G is yet to become commercially operational, firms like Huawei are under immense pressure and suspicion. The growing security concerns in the US forced President Donald Trump to blacklist Huawei over national security issues.

On the other hand, China sees the US ban as part of ongoing trade war. Inadvertently, India has also become part of this trade war, which has primarily affected India’s progress to obtain 5G services in the near future. It may delay, or worse, completely halt the 5G trials and manufacturing of equipment in India.

The Chinese’s tech giant Huawei emerged as a leader and cost-effective manufacturer of 5G related equipment along with Ericsson, Nokia, ZTE, and Samsung. The US Administration alleged that the Chinese Government has a stronghold on these telecom firms, and these are involved in the espionage of strategic and other prestigious institutions of the US. The US has already faced a bitter experience of putative “Russian interference” in the 2016 presidential elections.

So, the US is not interested in the expansion of Huawei in domestic market, and it is also compelling its strategic partners to follow suit. Although, US-India diplomatic ties are deepening, the US Administration is exerting pressure on India to take a tough stand on oil import from Iran. It is also meddling with India’s purchase of S-400 from Russia and now pressurising India not to be the part of any joint trial of 5G with Huawei.

In fact, the US may still be willing to grant some relaxation to India on these issues, but its attitude on Huawei is extremely stiff. Despite US Secretary of State Mike Pompeo making his stand clear during India visit, India is working on the middle path to find out a viable solution to the problem.

Despite being the world’s second largest telecom services market, India is facing a two-fold challenge. On the domestic front, the telecom market is already grappling with the lack of investment. Local service providers Bharti Airtel, Vodafone, and Idea are competing in transformed telecom market after the entry of Reliance Jio with predatory policies. These providers do not have sufficient capital to invest in revamping the telecom market. So, these companies are urging the Government of India to delay the auction for the time being.

On the other hand, India has over-reliance on foreign players for the manufacturing of telecom equipment as our local makers are not so efficient. “Make in India” initiative has been more successful in making handset in India but still struggling to develop core equipment. Thus, India needs a partner for rolling out and operationalising 5G services as soon as possible. We need a prompt strategy and realistic policy to introduce 5G services to keep abreast with the rest of the world. The Chinese company has shown a keen interest in partnership with the Indian telecom agencies and operators.

The Telecom Minister, Ravi Shankar Prasad, has already announced the rollout of 5G trials and spectrum auction within 100 days. However, the new Government also faces a set of challenges: firstly, it is still not confirmed whether India can participate with Huawei. Secondly, India should be capable of making the product, and should keep her security apprehension on priority. As well as, follow the guidelines of Indian manufacturing and regulatory institutions.

Moreover, 5G technology is still at its early phase, and South Korea’s SK Telecom has launched first ever 5G services in the public domain. China and Japan are the other key players in 5G telecommunication, but China has emerged as the most price competitive player in the 5G market.

India is among the world’s fastest-growing economy, and 5G technology is destined to take it to a new zenith. India is already an IT superpower, and 5G will improve India’s culture of innovation, mode of transportation, and standard of living. As the world is continuously leading towards automation, proper infrastructure development for high-speed connectivity is a prerequisite to develop India as a real-time country. The 5G services will provide an opportunity to connect India with “fourth industrial revolution.”

In the emerging matrix of human association, industry 4.0 is going to influence every sphere of human lives and social relations. The current web of industrialisation is based on cutting edge technologies, i.e., artificial intelligence, driverless vehicles, voice-activated assistants, facial ID recognition, or digital health-care sensors. Besides, industry 4.0 is also inextricably linked with the internet of things, big data analytics, cloud computing, cognitive computing, and 3-D printing. In an effort to develop 5G, India will boom her pace of industrial growth and lead to become the 5 trillion dollar economy in 2025.

So, a prudent telecom policy is urgently needed to be adopted by the Government of India.

The Chinese tech firms are doing incredibly well in recent years and providing a cost-effective alternative. These local firms have tremendously flourished across the globe and are replacing the US, Japan, and South Korea as a new telecom leader. However, China is regarded as suspicious superpower due to over-control by the Chinese Government.

In comparison to Asian giant China, India has the potential to become the engine of the fourth industrial revolution. Despite many difficulties, India’s C-DAC developed supercomputer in the era of IT revolution. So, it will not be an exaggeration to say that the Indian Government institutions and private firms have the potential to develop this service indigenously.