a letter from home

a letter from home 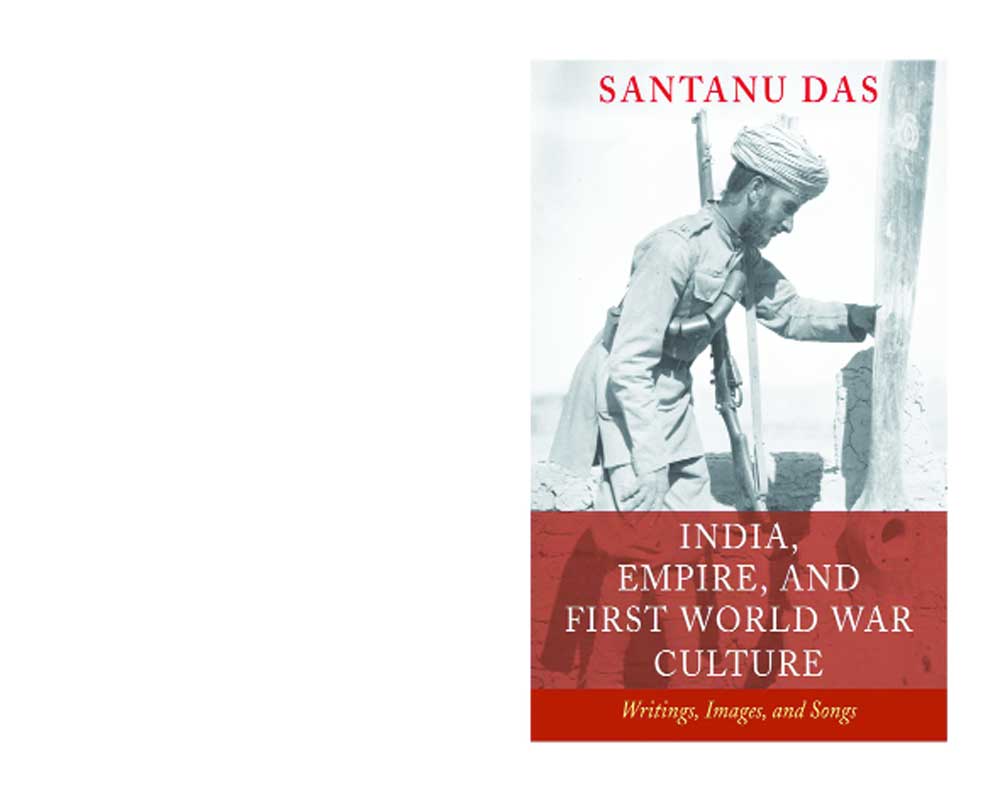 Santanu Das’ book India, Empire and First World War Culture: Writings, Images, and Songs examines the experiences of people from undivided India — both soldiers and civilians, men and women, sepoys, labourers, lascars, orderlies, doctors, politicians and intellectuals — in the First World War and the way such experiences were represented. An edited excerpt:

It was on a chance visit one winter afternoon in 2005 to the quaint Dupleix House and Museum in Chandernagore — a former French colony by the Hoogly river and 33 kilometers from Kolkata — that I first saw the pair of glasses. They lay in a cabinet ringed with dust in a musty room. At the same time as noticing the glasses, my eyes fell on the label ‘blood-stained’ next to them, though all I could detect was a smudge on the right lens. Delicate, fragile yet seemingly intact they lay, with their arms gently curving around the photograph of their master wearing them, as if still trying to protect him from the violence. Above the glasses was another label: ‘Broken and bloodstained glasses belonging to J. Sen, Private, West Yorkshire Regiment… he was the first Bengalee, a citizen of Chandernagore, to be killed in 1914-1918 War’. Jogen Sen was the only non-white member of the West Yorkshire regiment; he was gunned down on the night of 22 May, 1916.

It was two years later, in 2007, in a tiny room crammed with cabinets in the Humboldt Sound Archive in Berlin that I felt the same shiver down my spine as in Chandernagore. I was listening to a tremulous yet incantatory voice speaking largely in Punjabi:

There was a man who would have butter back in India

He would also have two sers of milk.

He served for the British.

That man joined the European War.

That man was captured by the Germans.

He wants to go back to India.

If he goes back to India then he will get that same food.

This is the story of Mall Singh, an Indian prisoner of war in the ‘Halfmoon Camp’ at Wünsdorf outside Berlin. The recording was made on 11 December 1916. He was made to stand in front of a phonograph machine held before him by his German captors and instructed to speak. Mall Singh’s was among the 2677 audio recordings made by the Royal Prussian Phonographic Commission between 29 December 1915 and 19 December 1918, using the First World War Prisoners of War held in Germany. Desolate, homesick and hungry, he distils all the pain and longing into the images of makhan (butter) and the two sers [a form of measurement] of milk: home is remembered as taste.

Mall Singh served on the Western Front. However, for me, his story resonates not with the homesick letters of his sepoy-brothers but with a letter written in Gurmukhi by a young girl called Kishan Devi from Punjab to her father Havildar Sewa Singh, of the 23rd Sikh Pioneers, serving in Egypt:

Dear Father, best wishes to you. Here all is well. With god’s grace, your letter has arrived. We came to know about your situation. With the sight of your letter, I felt at peace. Mother says that you can write your inner thoughts to us. Father, all your letters will be read by me… I am like a living dead without you... Dear father please take leave and come to meet us. Please do come. We repeat again and again.

A daughter’s heart-breaking appeal, like the desolate voice of Mall Singh, ‘repeats again and again’ in the chamber of First World War memories, seeking to find an answer.

These moments have stayed with me and have shaped the book. Why do they matter so much? Jogen Sen’s glasses, Mall Singh’s voice and Kisan Devi’s letter are not just tantalising sources but open up new ways of ‘reading’ — and writing — life in times of war; they force us to the weave together a narrative of fugitive fragments, the flotsam, jetsam and lagan of life wrecked by war. In a context where most of the colonial soldiers were non-literate, it is necessary, I argue, to go beyond only the textual to these material, visual and oral sources to recreate the texture of the past.

India, Empire and First World War Culture: Writings, Images, and Songs examines the experiences of people from undivided India - both soldiers and civilians, men and women, sepoys, labourers, lascars, orderlies, doctors, politicians and intellectuals - in the First World War and the way such experiences were represented. Between August 1914 and December 1919, India recruited one and half million men, including both combatants and non-combatants; of them, over a million served overseas, in places as diverse as Mesopotamia, France and Belgium, East Africa, Gallipoli, Egypt and Sinai, Salonika, Aden, East and West Persia, Tsingtao and Trans-Caspia. ‘The state of things is indescribable. There is conflagration all around, and you must imagine it to be like a dry forest in a high wind in the hot weather, with abundance of dry grass and straw. No one can extinguish it but God himself - man can do nothing. What more can I write?’ observed Sohan Singh, a sowar in the 9th Hodson’s Horse, on 10 July 1915, as he lay convalescing at the Kitchener Indian Hospital at Brighton.